The Fruit Hunters , a 2012 documentary by Montreal filmmaker Yung Chang based on the book of the same name by Adam Leith Gollner, is now streaming on Netflix. It's the kind of documentary that explores an obscure fascination - it illuminates and celebrates something that most of us view as everyday, standard fare. 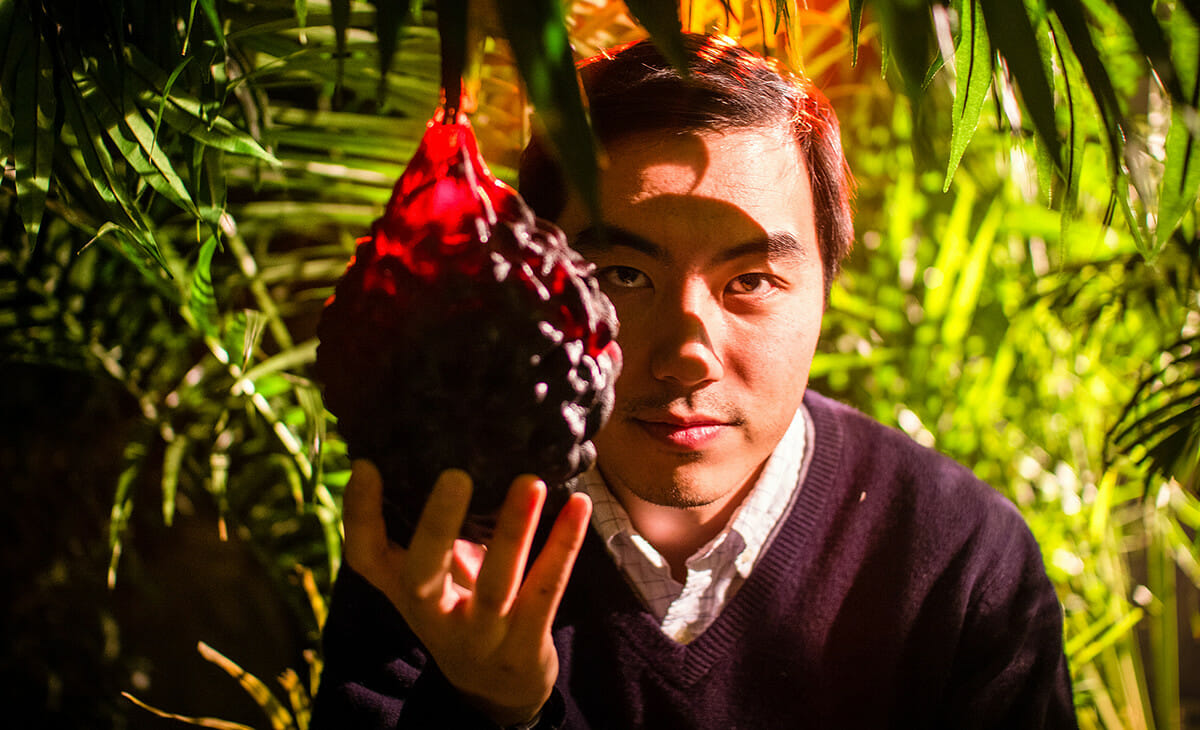 In other words, fruit is tasty, but predictable. It’s the stuff of still life paintings, not the kind of thing that inspires obsession, much less insanity.

And yet, fruit is capable of stirring deep passion and triggering obsessions, according to some die-hard fruit fanatics, and venturing into their world is a strange and entertaining trip.

The Fruit Hunters, a 2012 documentary by Montreal filmmaker Yung Chang based on the book of the same name, by Adam Leith Gollner, is now streaming on Netflix. It’s the kind of documentary that explores an obscure fascination – it illuminates and celebrates something that most of us view as everyday, standard fare.

The film features an array of fruit-obsessed growers, horticulturists and aficionados in search of fruits that are rare, exotic and alien enough to look like they’re straight out of Dr. Seuss’s imagination.

There’s a ‘fruit detective’ who cultivates an orchard of forgotten fruit in the foothills of Umbria, Italy. She specializes in tracking down the nearly extinct figs, grapes and other fruit varietals immortalized by Renaissance painters.

We meet adventurers who happily don pith helmets and trek into remote corners of Bali, Honduras, New Zealand, Brazil and Borneo in search of new varieties of rambutan and mangosteen. The rarest prize of all is the elusive Kura Kura Durian, a spiny football-sized fruit that smells so foul it’s prohibited on public transportation. Yet it magically, mysteriously tastes like a delicate custard when eaten.

Still, the real stars of this film are the fruits, all consistently colorful, mysterious and incredibly intriguing: cherimoyas, ice cream beans, durians, breadfruit, jackfruit, custard apples – the list goes on.

Others flock to rare fruit auctions, where mango breeders bid on grafted branches to cross-pollinate diverse new flavors, such as syrup or spicy curry. “It’s exhausting to love the mango,” exclaims one mango geek who has clearly spent many hours thinking about this.

A Honduran grower discusses the dangers of monoculture, specifically to the banana. Turns out there’s only one banana variety exported through the world, known as the Cavendish. It replaced another monoculture, Gros Michel banana, in the 1950s, when it was devastated by disease. Horticulturists are concerned that the Cavendish is at risk of the same problem, because a single variety is exceptionally vulnerable to disease.

Among the fruit fanatics is actor Bill Pullman, who brings a touch of star power to the proceedings. He compares fruit hunters to junkies, constantly looking for their next fix. A good chunk of the movie revolves around his crusade to transform an unused tract of land in his Hollywood Hills neighborhood into a community orchard.

Still, the real stars of this film are the fruits, all consistently colorful, mysterious and incredibly intriguing: cherimoyas, ice cream beans, durians, breadfruit, jackfruit, custard apples – the list goes on.

The eye candy goes beyond extreme close-ups of the fruit. The filmmakers also include sweeping panoramas of Hawaiian orchards and Southeast Asian jungles for added visual flair.

A bit of agricultural history is also thrown in. We learn stray facts about names and origins of some fruits: Clementine oranges hail from an orphanage tended by monks. The McIntosh gets its name from a tragic romance, while the Bing cherry is the legacy of an exiled Chinese laborer.

Ultimately, this documentary is better compared to a fruit salad than a meal. It’s light, simple and refreshing. It serves up plenty of yummy tidbits, and its appeal comes from a mix of flavors rather than a single, consistent note. It’s pleasurable, but don’t expect a meaty issue to mull over or a rousing call to action. In fact, if this film has a consistent message – and that’s a big if – it is that the variety of fruit in the world is infinite. There’s no reason to limit ourselves. There are so many flavors to explore – perhaps some so delicious, we’ll happily develop a fruit obsession, too.

Rating: Unrated and family-friendly; contains nothing objectionable
Where to Watch: Netflix, Amazon Instant and iTunes