Can Ancient “Clam Gardens” Teach Us How To Farm Better Today?

There's more to these ancient societies than hunting and gathering. 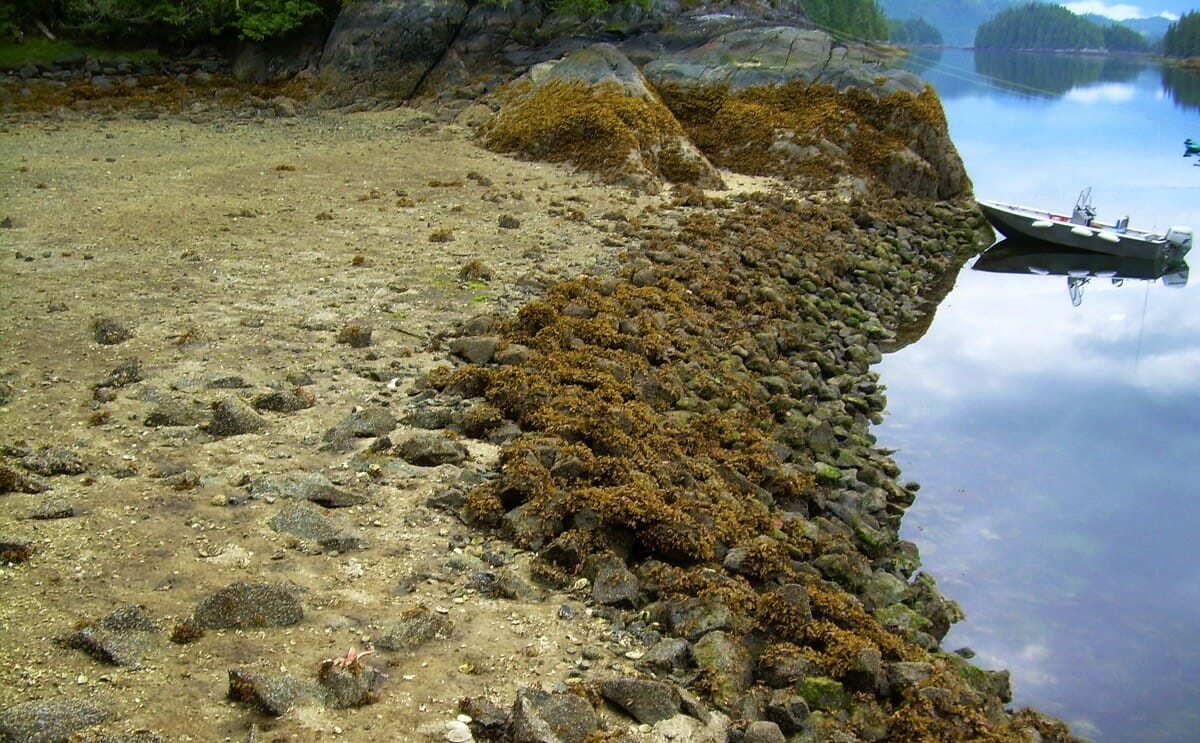 The usual archaeological/anthropological view of First Nations peoples (that’s the Canadian version of the term American Indian) in British Columbia is that they were hunter-gatherers, getting what they needed from the land and sea without adopting agricultural practices. But a series of studies from Simon Fraser University is challenging that idea: the team, led by archaeologist Dana Lepofsky, has found and dated “clam gardens” from thousands of years ago, and these early shellfish farms turn out to be anything but simple.

“Of course, First Nations knew they were there all along,” said Lepofsky in an email. “In fact, my friend Clan Chief Adam Dick/Kwaksistalla told anthropologist Doug Deur about them ages ago, but Doug, not being an archaeologist, assumed all western scientists already knew about them. Nope.”

The clam gardens were constructed as a series of stone terraces on specific parts of the shore to protect them from the sea, basically making calmer pools where clams can grow more safely and easily. The key is to alter the slope of the soft-bottomed beach as it stretches out to sea – if you can make it a relatively flat surface, the clams will grow much more quickly. In a study last year, the team built clam gardens as similar as possible to the remnants of the ones they found. The researchers found that the output of littleneck clams nearly doubles and the volume of butter clams actually quadruples over the amount harvested from unmodified clam beaches. The new study found evidence that these indigenous people were replanting baby clams in pretty much the exact same way that modern farmers grow clams today. These weren’t accidental pools; these were farms.

“The features came to western scientific light after geomorphologist John Harper and ecologist Mary Morris were doing coastal flyovers in 1995 at the low-low tides of the year and John noted these funny rock walls at the low-low intertidal along the northern BC coast,” said Lepofsky. “He then began to notice them in many places off the coast.”

The British Columbia coast is far more intact than even the relatively unharmed coasts of Washington and Oregon, let alone the wildly built-up Atlantic coast, so the walls, even when submerged, can still be seen.

There’s more to be learned. The team is also looking into whether the shell-rich coastlines, thanks to centuries of people on the West Coast enjoying shellfish, could help protect against ocean acidification, and whether there might be elements of the ancient aquaculture that could help with those efforts.

For now, the study proves that there’s much more to ancient BC societies than hunting and gathering. “I do think many coastal indigenous peoples worldwide had some form of traditional mariculture and the knowledge for that is now lost – though we may be able to find evidence of it in the archaeological record,” said Lepofsky.