Horrible Technology Attempts To Ruin The Pleasure Of Food

Oh, you can't have a steak? Perhaps we can interest you in a steak-shaped block of neon blue gelatin stuff. 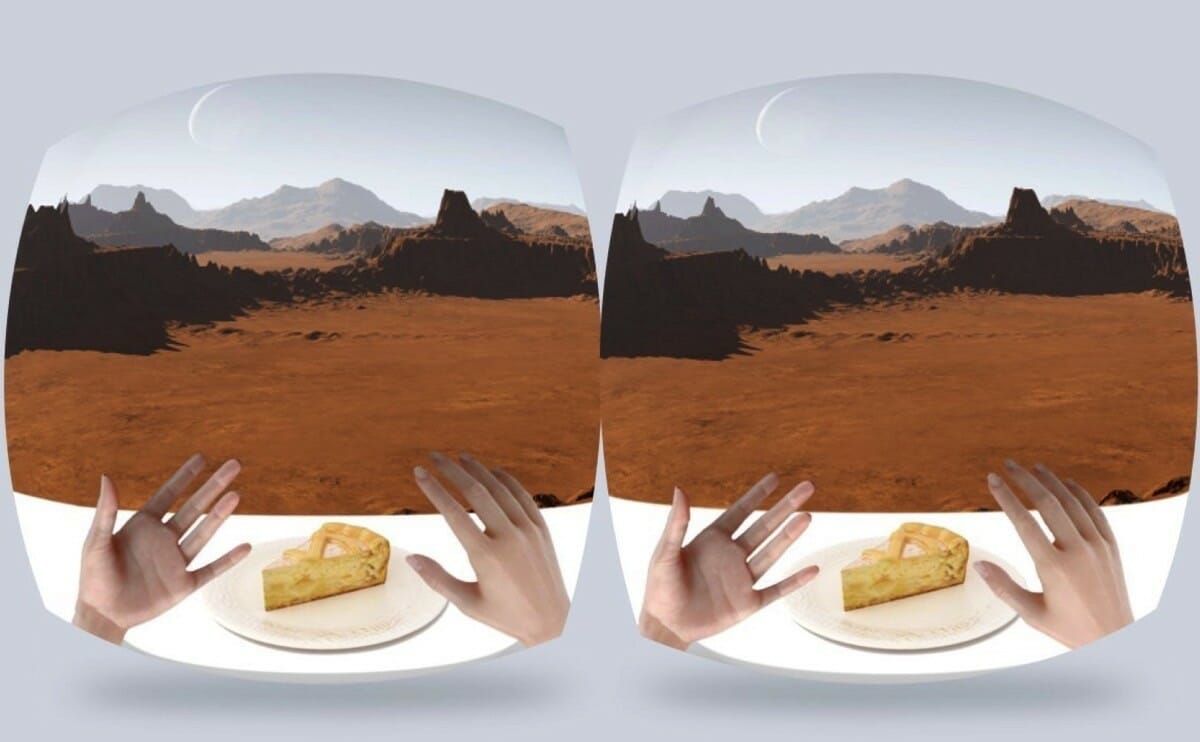 Project Nourished is an attempt to trick people into thinking they’re eating food they like when in fact they are eating multicolored translucent slabs of gelatinous…stuff. Essentially, it’s a fully interactive trickery experience: you wear a virtual reality headset, like (but not necessarily specifically) the Oculus Rift, you hear the sounds of crunching into, I don’t know, a pie (does a pie crunch?), you smell the pie, and you eat what looks like a pie-shaped Jello mold that theoretically tastes like pie, without the calories.

Jinsoo An, who defines himself as an “experience designer and researcher,” is the founder of Kokiri Lab, the group behind Project Nourished. “By isolating various flavor compounds and recreating their taste and textural profiles,” reads the site, “coupled with aromatic and virtual reality diffusion — we can mimic a surprisingly broad spectrum of foods.”

The setup has lots of moving parts. You wear the virtual reality headset, which covers your visual sense. There’s a special fork you have to use, as its movement will be tracked by a motion sensor, so that when you move the fork up and down, you’ll see, in the headset, a virtual fork moving up and down in the same way. There are little cubes with emit aromas. And the food itself is created from low-calorie materials like agar agar, pectin, and gum arabic, which are natural thickeners (agar agar found in algae, for example) that turn liquids into solids, sort of like gelatin but more so. 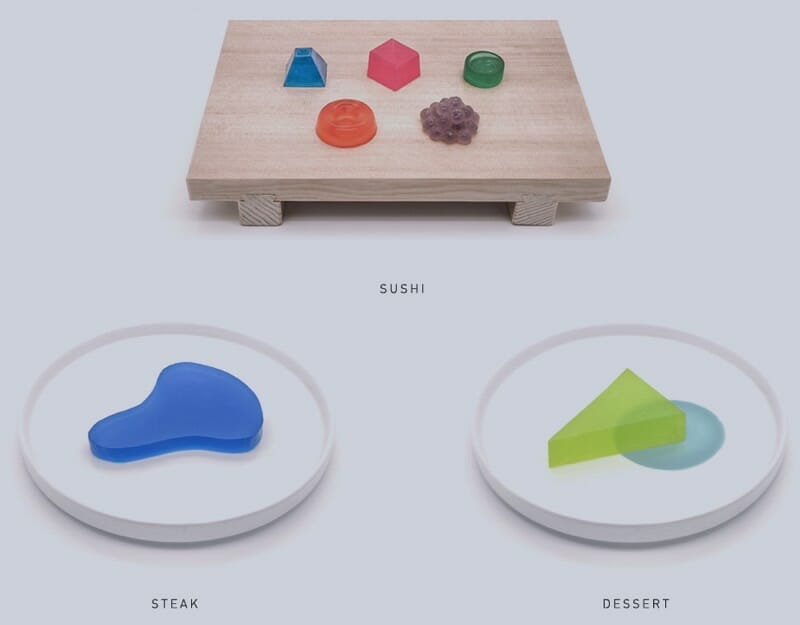 [Via the Telegraph, image via Kokiri Lab]

Correction: An earlier version of this post mistakenly identified Jinsoo An as a professor at the University of California. This is a different person entirely with the same name. We apologize for the error.