From veterinarian to ousted ag minister, Yukol Limlamthong has had quite a career. 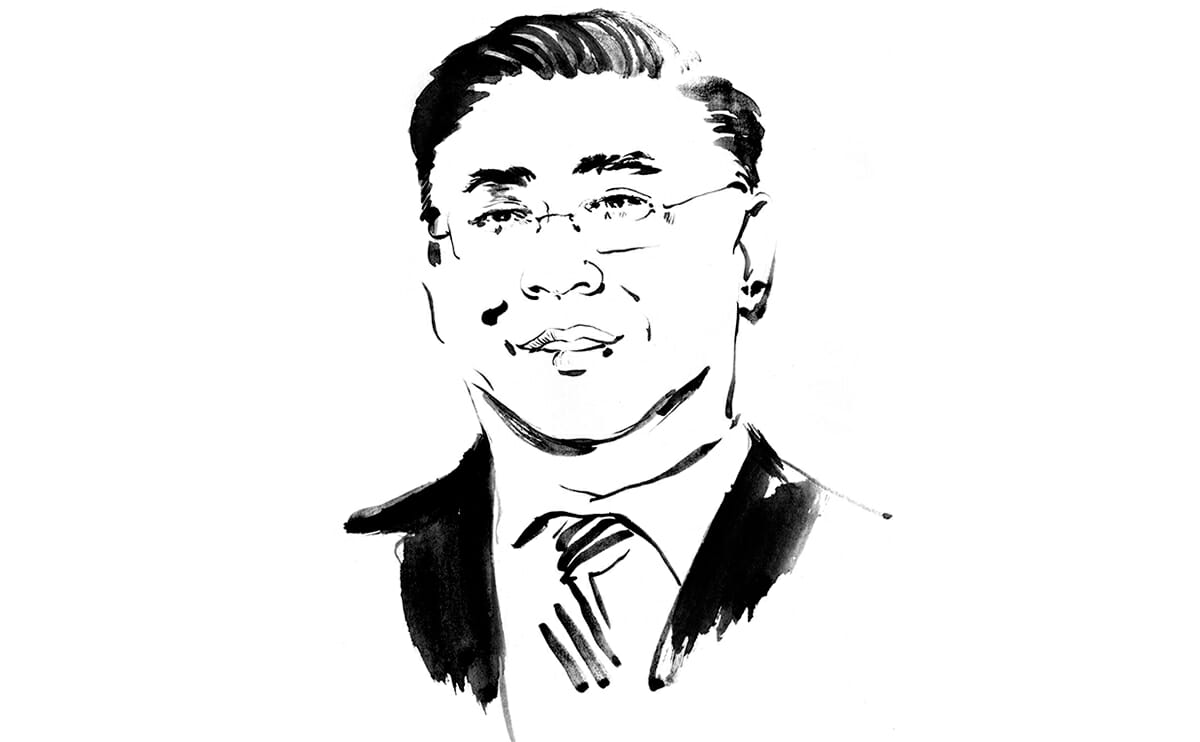 Serving as Thailand’s agriculture minister was not part of Yukol Limlamthong’s retirement plan. The country’s first veterinarian-turned-ag-minister, he was a civil servant in the Ministry of Agriculture and Cooperatives for nearly 40 years before retiring in 2010. Two years later, then-Prime Minister Yingluck Shinawatra – a controversial figure since her election – appointed him to take the ministry’s lead political role amid governmental chaos and a growing crisis in Thailand’s once-thriving rice industry. That chaos would eventually cut his tenure short, as a military coup d’état last spring ousted Shinawatra and her Cabinet, Limlamthong included.

Thailand is one of the world’s top rice exporters. However, in 2011, due to a botched rice-subsidy program supported by Shinawatra, the crop’s export prices skyrocketed. Piles of rice sat in warehouses unsold and, by early 2013, losses were estimated at $6 billion. (The policy was suspended earlier this year, and the country is once again a rice-exporting powerhouse.)

Only a year after Limlamthong became ag minister (as well as deputy prime minister after the death of a cabinet member), hundreds of thousands of anti-government protesters occupied the streets of Bangkok, calling for Shinawatra to resign; the unrest eventually culminated in the coup on May 22, 2014. Limlamthong talked to Modern Farmer about his time in office, including his unexpected last day as ‘ag minister.

MF: What is your background in farming and agriculture?’
YL: I didn’t have a background in farming when I was a kid because my family ran a small business. But when I was deciding what to study in college, I had two choices in mind: to be either a doctor or a veterinarian. In the end, ‘I got into the veterinary school. My first job was as a veterinarian at the Department of Livestock Development at the Ministry of Agriculture and Cooperatives.

MF: You worked as a government officer for 36 years but had never been a politician. How did you become involved in politics after retiring?
YL: After retiring, I was asked to be an advisor to my predecessor, Theera Wongsamut, because there were some ongoing projects that were started when I was at the ministry. After he resigned, the government asked if I would be interested in taking his position. It took me months to accept their offer.

MF: Why did you decide to accept?’
YL: I never thought I would jump into politics. I thought – and still think – that I’m more comfortable working on the academic side than in politics. But I thought that, as an agriculture minister, I would be able to push forward things that would help farmers, since I already knew their problems after years of working at the ministry. However, I stated clearly at the beginning that I would mainly focus on agriculture, not politics.

MF: Did your experience working closely with farmers help you when you became the ag minister?
‘YL: It helped me know how to approach farmers effectively. From my experience, I learned that academic staff and farmers have different ways of thinking. If we have a new research-based technology we want to introduce them to, we can’t just give them the tools and technology. In addition to understanding their background, we have to speak to them in a voice that they can understand.

MF: Until a few months ago, Thailand had been in political crisis, which came to a head when the government was overthrown and the constitution was suspended in late May. Can you describe your experience that day?
‘YL: I was in a meeting, but not at the ministry. At about 4:30 p.m., someone called and told me what happened. The meeting continued until 5 p.m. When I got home at about 7 p.m., I saw the military’s statement ordering the acting prime minister and all [cabinet] ministers to report to them. I didn’t wait until the following day to do it. I headed out to their headquarters that night.

MF: How did that feel?
‘YL: I wasn’t shocked, because due to the situation at that time, I thought [a coup] was a possibility. When I went to report, they treated me respectfully and explained why they were doing this. So, for me, I wasn’t scared and I didn’t feel unsafe.

MF: What are some upcoming challenges for the next ag ministers?
‘YL: Once the ASEAN Economic Community officially starts, it’s going to be a huge challenge for ag ministers to improve the quality of agricultural products and maintain the cost in order to compete with other countries in ASEAN. Concern about the environment is another challenge waiting for them.

MF: What are your hopes for the future of Thailand’s agriculture?
‘YL: I hope there will be more funds for agricultural research. It will be better for farmers if there are more research-based solutions that they could apply to their farms. I also hope Thai farmers will be better at marketing. In general, they are really good at production but they aren’t the best in marketing and consumer insight.

Yukol Limlamthong, 64, grew up in Ratchaburi, about 50 miles outside of Bangkok. He moved to the capital city to attend the country’s most competitive high school and later studied veterinary medicine at Kasetsart University. His entire career was spent at the Ministry of Agriculture and Cooperatives. In 2011, he was awarded the Meritorious Service Award from the World Organisation for Animal Health (OIE) for his work on controlling the avian influenza pandemic. During the May coup there were rumors that Limlamthong would become acting prime minister, but these rumors were later denied. After leaving office, Limlamthong joined the academic committee at the Ministry of Science and Technology, and is now an advisor to the Agricultural Research Development Agency.
Share
Tweet
Pin
Email
Share
Tweet
Pin
Email
Sign up for your Modern Farmer Weekly Newsletter
Subscribe