You might think a bacteria that dies when its host chicken is cooked is no big deal. But what if the bacteria lives on the outside of the packaging? 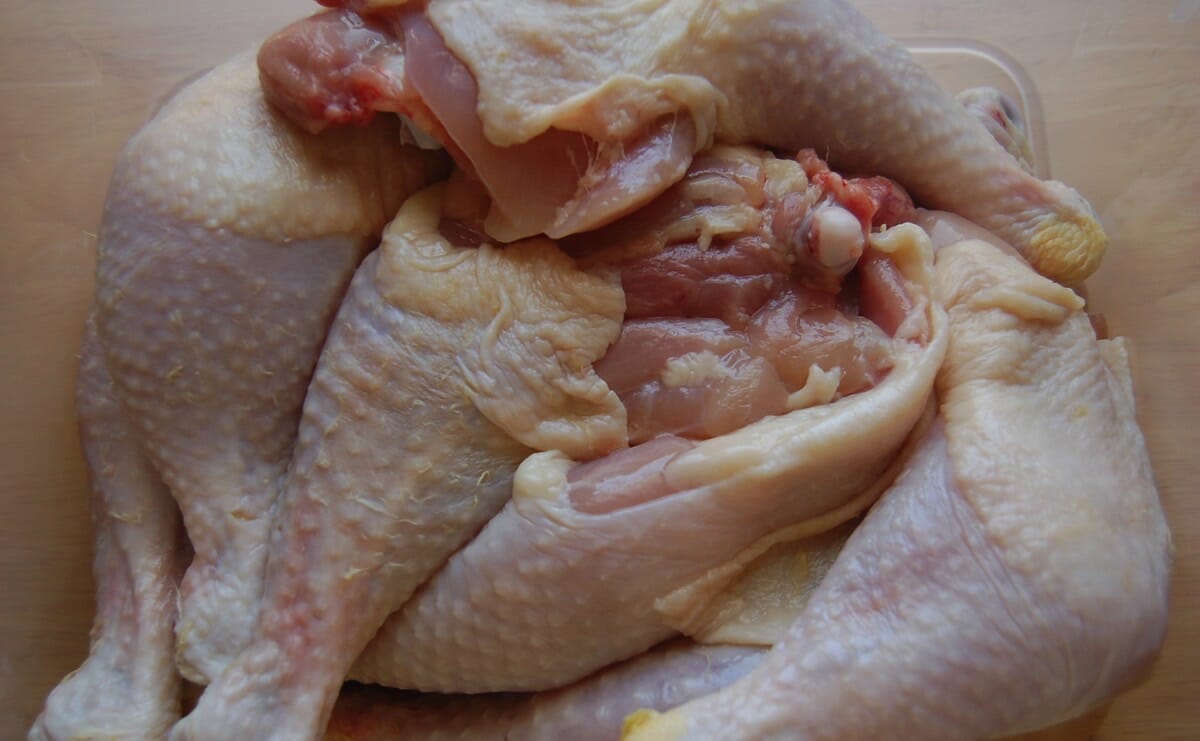 British supermarket chickens have a problem, and that problem is named campylobacter. The Food Standards Agency, a government organization in charge of food safety in the U.K., has this week been on a tear, releasing data and advice based on that data from a survey of supermarket chickens. The takeaway: be careful around packaged chicken.

A few months back, in late August, the Agency released the preliminary results of the study, which found that 59% of supermarket chickens were infected with campylobacter. Even crazier, 4% of the tested chicken actually had the bacteria on the outside of the packaging, which could be much more dangerous than on the surface of the chicken itself — customers may generally know that chicken should be handled and cooked carefully, but that packaging could touch other food which might not get the same treatment.

Campylobacter is the most common pathogens found in raw poultry, more common than the better-known salmonella. It causes general gastrointestinal distress, with symptoms ranging from diarrhea to even death — it’s estimated that the bacteria causes about 100 deaths each year, and hundreds of thousands of infections. In the U.S., it causes about 2.4 million infections and about 125 deaths per year. But campylobacter is killed by cooking, provided the chicken is brought to around 120 degrees Fahrenheit, which, unless you’re serving your chicken medium rare, which you almost certainly aren’t, is a lot lower than the temperature you’d naturally bring chicken to.

The FSA held off on releasing the specific names of the supermarkets in which they found infected chicken; apparently the director of Tesco, a popular U.K. supermarket, actually lobbied the FSA to get them to withhold their findings, which is causing a minor ruckus over there. As a fix, the FSA recommends a separate back for poultry, to keep possibly infected packaging from touching anything else.

(via The Mirror, image via Flickr user Snowpea and Bokchoy)