Mule-Tide: What’s the Deal With the Manger Donkey?

For the love of donkeys, if you plan to set up a nativity scene this year, why not toss in an ass? 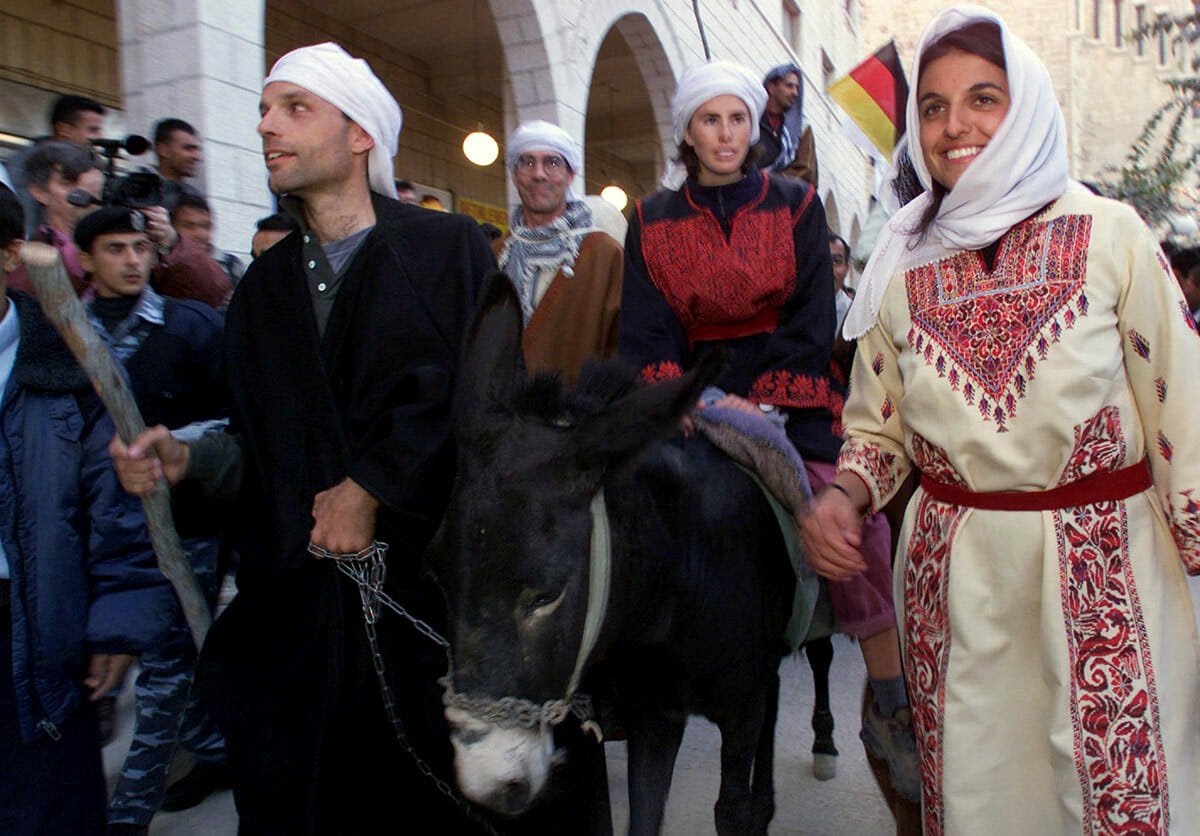 Theologians have debated this question for a while. One school believes Mary rode to Bethlehem to deliver Jesus on a donkey, which is the donkey assumed to be present at the birth.

However, others, including former Pope Benedict, disagree. In the third and final volume of his trilogy of biographies of Jesus Christ, the pontiff points out that there is no proof that any animals, not even a donkey, presided over the birth. He writes that the tradition of including domestic animals in the nativity scene was likely carried over from some pre-Christian traditions.

With this said, the noted theologian recognizes his skepticism is unlikely to change much.

“No one will give up the oxen and the donkey in their Nativity scenes,” he writes.

“No one will give up the oxen and the donkey in their Nativity scenes.”

Maybe it’s for the better. Of course, we here at Modern Farmer are all for the inclusion of farm animals in everything. Why shouldn’t a donkey be there? After all, donkeys have always held a central role in religion.

Prophets from both the Qur’an and the Bible – Muhammed and Balaam, respectively – rode talking donkeys (Balaam’s being one of only two talking animals in the Bible). It is said Sampson slaughtered a thousand Philistines with a donkey’s jawbone, and Jesus is even said to have made his triumphal return to Jerusalem on the foal of a donkey.

Donkeys at the time were regarded as noble, surefooted steads, fit for kings, saints and prophets, and appeared often in the various books of Christianity, Islam and Judaism. Whether bringing messiahs to and fro, carrying kings across their lands or providing wisdom to those destined to be saints, donkeys had a much higher place in the minds of men and women in those days – they certainly were not the dim-witted and sluggish pack-rats they’re often perceived as today.

So, for the love of donkeys, if you plan to set up a nativity scene this year, why not toss in an ass? Whether you think they’re noble or not, you can’t deny they’re cute.