History has demonstrated that as soon as a species is identified as rare, its risk of decimation skyrockets. 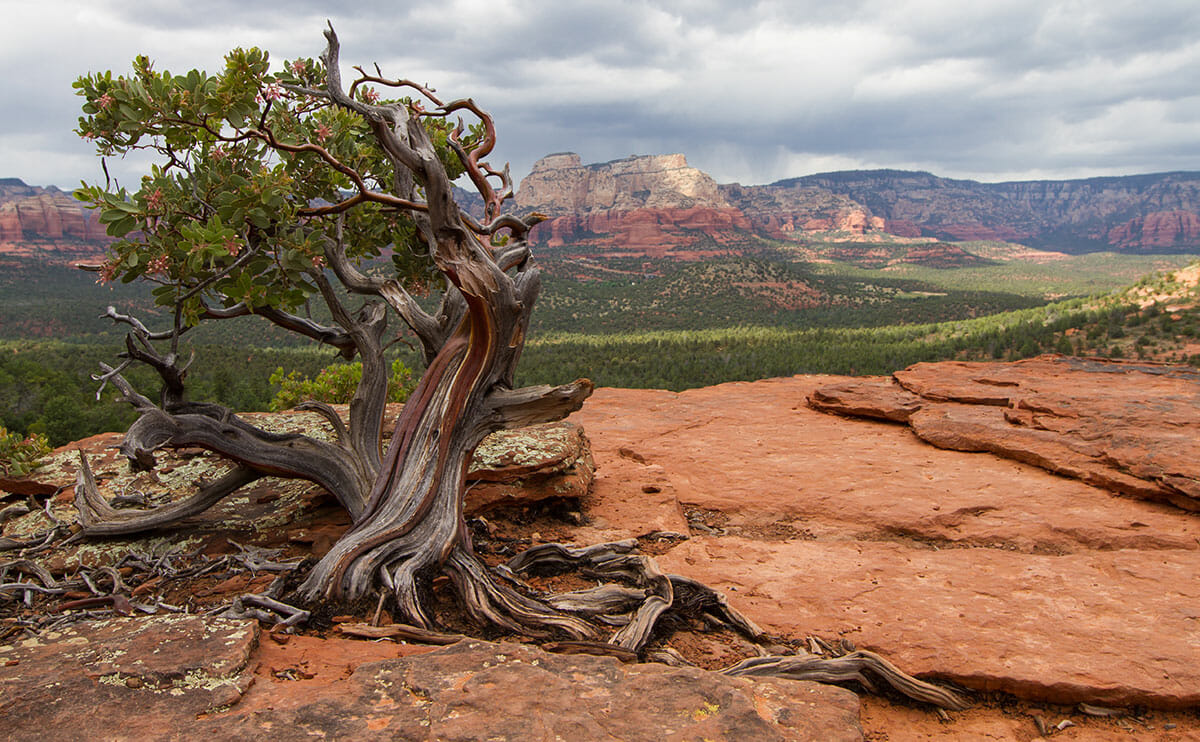 The last Raven’s manzanita known to remain in the wild is hiding in plain sight, its bright, dime-sized leaves blanketing a patch of fog-muffled ground overlooking the Pacific Ocean, nestled right in the heart of San Francisco’s Presidio. But though thousands of cars whizz just under its cliff-top home every day, the plant’s actual location is a secret — one guarded so closely by botanists and land-managers that today’s guide, Dylan Burge, expects to catch flack from peers just for bringing us here. “A lot of botanists have basically just thrown up their hands,” says Burge, a botany curator at the California Academy of Sciences. “The consensus [in my field] these days is that the only real way to protect rare plants is to keep them secret from the public.”

Thanks to its unfortunate “last plant standing” designation, Arctostaphylos hookerii ssp. ravenii does show up in the press from time to time, its rarity attracting interest that its shrubby good-looks never could (and serving as an easy launch-point for discussions about local “endemism,” species unique to a geographic area). But while Raven’s manzanita may be rare, the secrecy surrounding it is not. “This is happening all over the country, all over the world,” says Burge. “Taken collectively, secrecy basically functions like a parallel national conservation policy.”

Whether you see humans as gleeful destroyers, thoughtless profiteers, or just well-intentioned fools, it’s tough to make the case we should be treated any differently. The UK’s “rarest wild flower” has been thieved to the point where it requires 24-hour “petal patrol” from the local police. Organized crime in Mexico has moved into the lucrative rare-cacti poaching business. The startling, art-heist-like theft of the “world’s smallest water lily” earlier this year highlighted a soaring, black-market trade in rare plants, an industry currently valued at more than $14 billion annually.

And lest you think it’s only the beautiful ones we need to worry about, consider the words of botanist Peter Marren (author of Britain’s Rare Flowers) following the theft of a rare, 2-inch-tall bog orchid: “It’s a dull little thing, which could only be wanted by a collector. The fact it is certainly among the most vulnerable … and at risk of dying out just makes it more wanted.” In this case — and all the cases listed above — botanists either tried or are still actively trying to keep plants’ locations secret.

That tactic isn’t confined to botany, by the way — the natural sciences are rife with debate about how to safely report and describe new species. Plant, mammal, invertebrate, it hardly matters; history has demonstrated that as soon as a species is identified as rare, its risk of decimation skyrockets. (Yay, humans.)

Revealing the location of Earth’s last original Raven’s manzanita (it’s been cloned since) seems like a death sentence any way you slice it. Is it at risk of being uprooted by people opposed to rehabilitating native habitat? Yep. Could it be thieved by low-morality gardeners eager for some novelty in their yards? Sure. But it’s the clueless nature-lovers who would almost certainly kill it — people interested enough to trek out to the plant’s humble bluff, but not knowledgeable enough to realize they (like pretty much everyone else in California) carry death on the soles of their shoes.

‘Secrecy isn’t a solution. With training and education, we could use non-secrecy as a way to defend these plants.’

Go with a botanist, and your shoes — which (surprise!) are covered in a manzanita-root-rotting pathogen called Phytophthora — will end up sprayed with ethanol practically before leaving the car. Go with a botanist, and despite decontamination, you’ll still be made to regale the plant from six feet away, just to be sure you’re nowhere near its roots. Go without a resource like that, and you’ll be wiping out a species in the wild even as you admire it.

And yet Burge labels the secrecy “highly problematic.” He’s not advocating that botanists disclose the location of rare plants, but he’s worried about the effects of keeping the public so oblivious to them. Are the motorists who unwittingly fly by the last Raven’s manzanita being robbed of a reason to care? Are we missing a chance to help people see how quickly our planet’s losing species? Are we failing to create allies in the battle to protect them?

“Secrecy isn’t a solution,” says Burge. “With training and education, we could use non-secrecy as a way to defend these plants.” If that sounds to you like an idea that’s going to take some work — and that carries some inherent risk — you’re right. “But if people can’t be anything but a problem,” says Burge, “we’re f–ked anyway. So I think we have to try.”