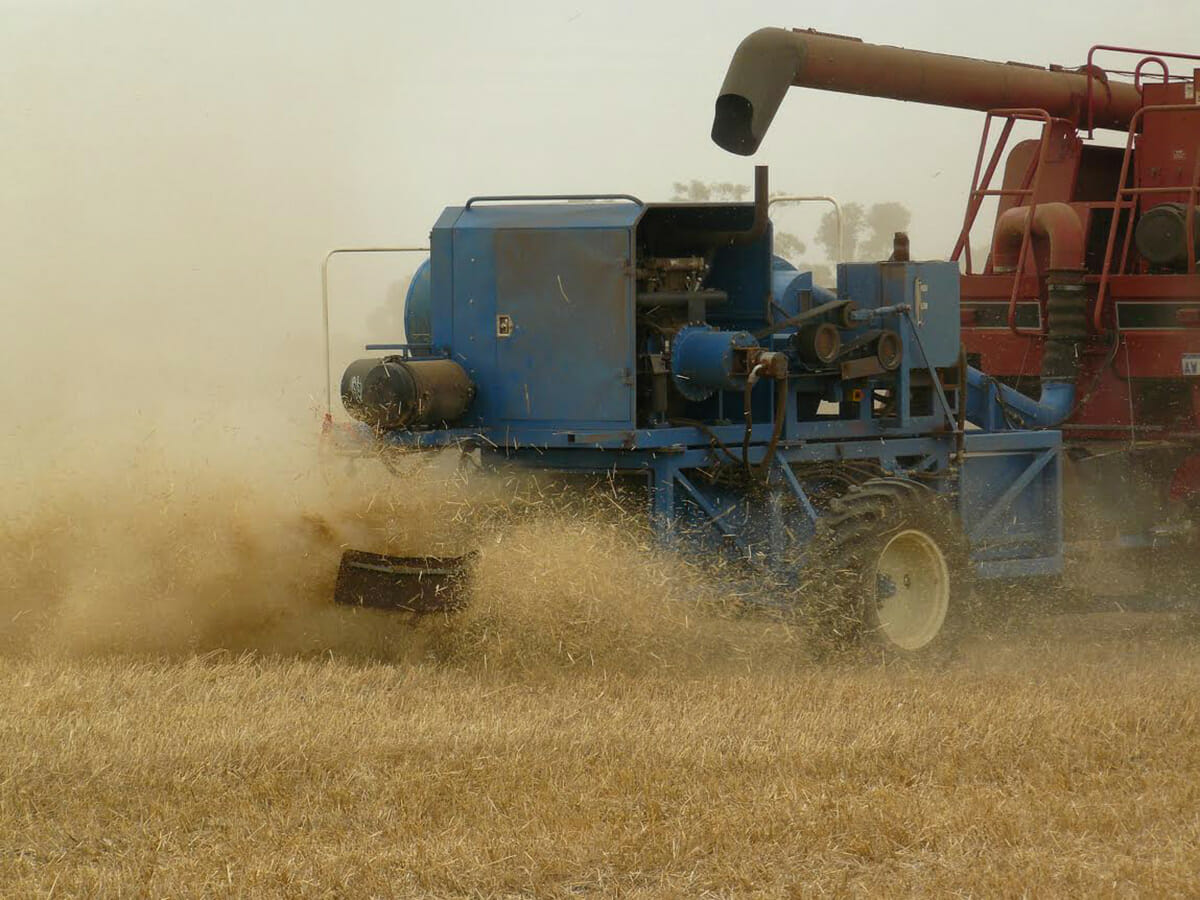 Australia’s troubles with resistant weeds — mainly annual ryegrass — started around 1990, says Stephen Powles, a plant scientist at the University of Western Australia who is known by some as the “herbicide resistance guru.” Ryegrass grew resistant to multiple herbicides because its relevant genetic mutations were metabolic. In other words, the plant could flush out herbicides – even compounds it had never before encountered.

The herbicide-guzzling weeds forced Australian farmers and agronomists to get creative. They incorporated traditional techniques such as crop rotation, which promotes soil health and mixes things up so weeds don’t get too comfy, and tilling, which uproots unwanted plants. But around a decade ago a farmer named Raymond Harrington started tinkering with a new approach.

‘Most things happen first in the U.S., and then the technology comes to Australia. This is an example of where it came first to Australia.’

“Most things happen first in the U.S., and then the technology comes to Australia,” says Powles, who started collaborating with Harrington in 2005. “This is an example of where it came first to Australia.”

With the help of a bioengineer, Harrington developed a weed-seed-chomper that attached to the rear of a combine. Typically, combines sort grain from chaff and other unwanted bits of plants, including weed seeds – the latter mixture is spit back on the field. Harrington’s modification directed this mix into a trailer, which had two cage mills spinning in opposite directions to grind the seeds so they couldn’t grow. The Harrington Seed Destructor was born.

The machine was commercialized in 2013, although just a handful have sold in Australia so far — possibly because farmers are holding out for the next generation, which will be incorporated into a combine. If the seed destructor is more widely adopted, it shows promise. Research by Powles, Harrington and Michael Walsh, a weed agronomist at the University of Western Australia, suggests the machine can destroy between 95 and 99 percent of weed seeds, depending on the species and the mill speed.

If more farmers do use the Harrington, it will take awhile to see the results, says Walsh: “The effects are not instantaneous, where you can see a dramatic difference overnight. But we have trial evidence that says you can take populations that are truly out of control at 100 plants per hectare down to less than one plant per hectare over a five-year period.” 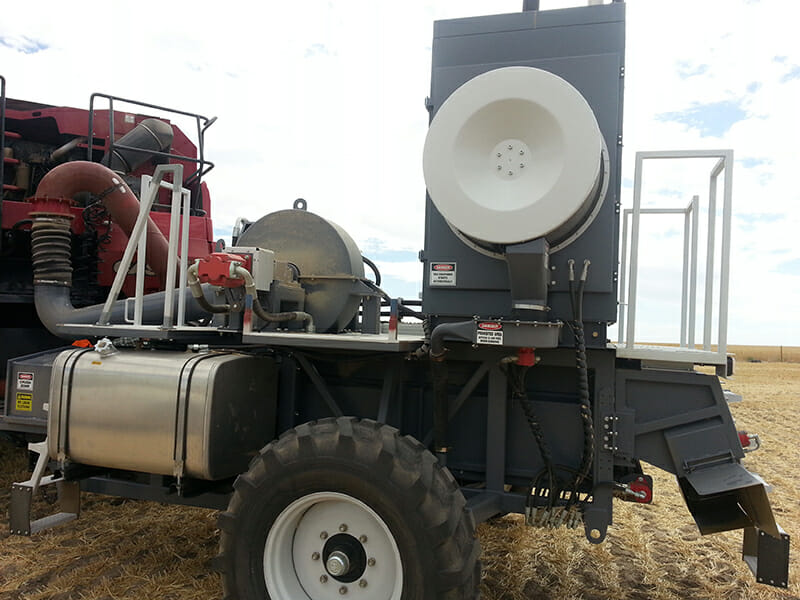 In cases of resistant weeds, he adds, the tech will become increasingly important as a tool in what weed control folks call integrated pest management, which uses several approaches together — including herbicides — smartly and judiciously.

Walsh is currently on an eight-stop North American tour through the U.S. and Canada, where he and a team of Australian farmers are running workshops to introduce the technology to new markets.

The seed destructor is making its debut in American agricultural academia, too. Jason Norsworthy, a weed scientist at the University of Arkansas — a state inundated with resistant palmer amaranth – recently purchased one of the machines, which he hopes to have by next growing season. But whether or not the Harrington will work in the US will depend on how well it handles the local seeds.

“No one has evaluated the machine on palmer amaranth,” says Norsworthy. “That’s a very, very small seed, and we’re obviously anxious to see how effective it’s going to be on that.”

Let’s hope it is.