FoodCorps Teaches Kids to Grow Their Own Food

FoodCorps has hopped on the farm-to-school bandwagon in a major way. 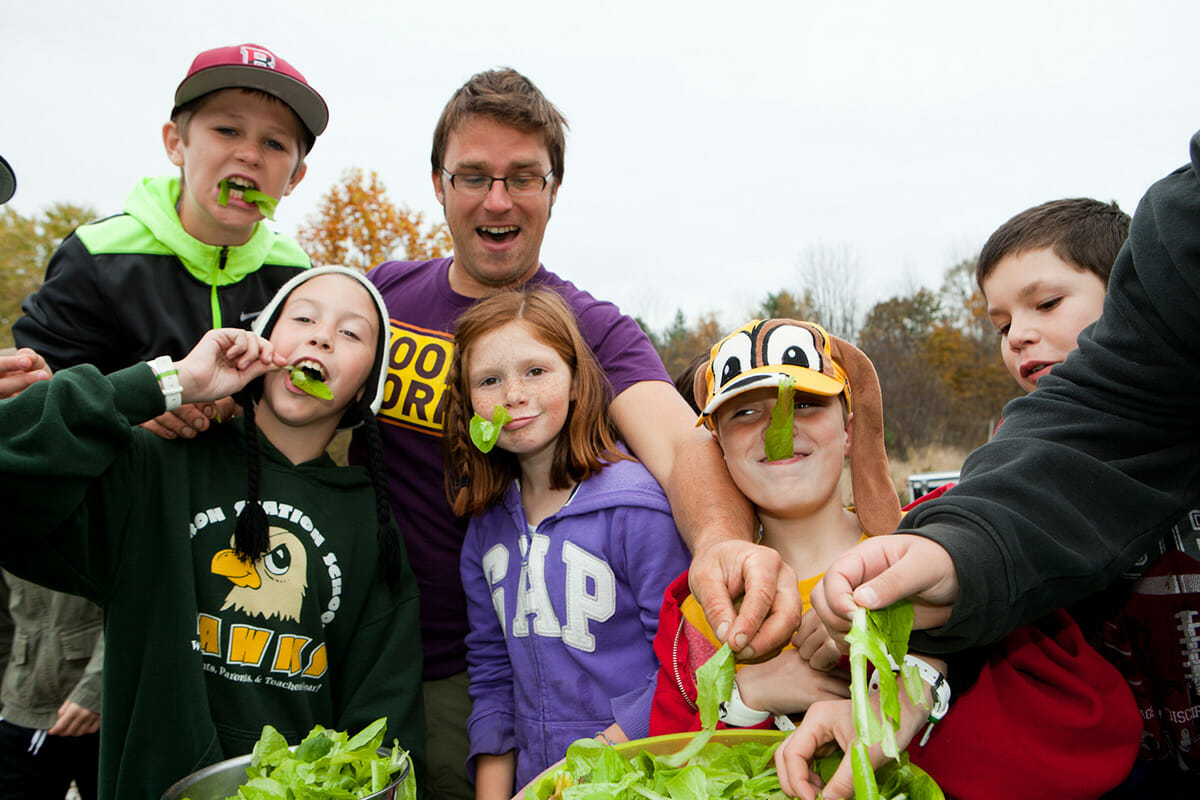 FoodCorps, a grassroots farm-to-school program, does just this. About 182 AmeriCorps service members are sent to limited resource communities all around the country, focusing on school districts with a 50 percent or higher rate of free and reduced lunches. Service members teach classes in gardening and nutrition and hold taste demos and cooking lessons. The goal? Get the teachers, the parents and the whole community involved in healthy eating. And the service members themselves learn about agriculture and food cultivation in the process.

Each state, each service site, has a unique demographic with distinctive food-system issues. We chatted with four FoodCorps service members in four vastly different service sites across the U.S. to ask about their daily experiences, their most exciting projects and some of the challenges that they’ve encountered. 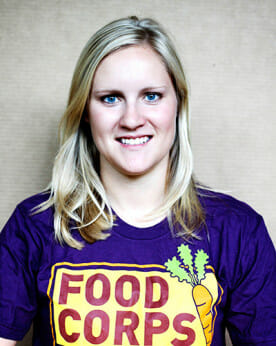 In a state where corn and soybeans account for over 80 percent of the 30 million acres of land being farmed, many of the elementary school kids that Tess Romanski works with are familiar with the industrial ways of agriculture. Yet they’re still surprised, she says, to learn that strawberries also sprout from the ground.

Her greatest challenge, aside from the lack time to take on everything she’s passionate about, is connecting these kids – many of whom were born and raised on industrial farms – to real foods and healthy habits.

“It’s really interesting to see how much less receptive [the farm kids] are to things like composting” says Tess. “They think that we shouldn’t have to weed the school garden, that we should just put Roundup on everything.” 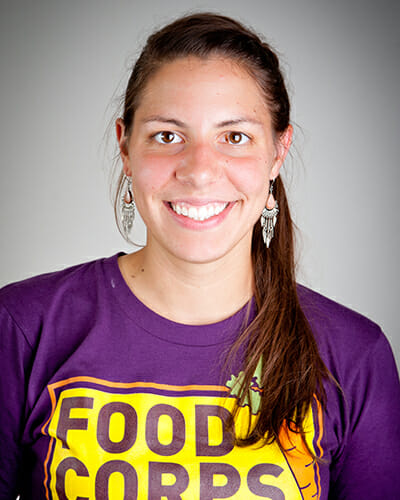 “Hunger does have real implications in the school setting,” says Liz Anichini, a FoodCorps service member based in Anthony, New Mexico. “Kids go to the nurse with headaches because they’re hungry, or they’re not paying attention in class.”

And living in such close proximity to the border poses another challenge for teaching kids about agriculture. “All of the political and social implications of the border are definitely very present in the lives of my students,” says Liz, who claims that the border region is responsible for some of the highest rates of diabetes and obesity in the country. The particular school district where Liz serves has the second-highest rate of free and reduced lunches in New Mexico. 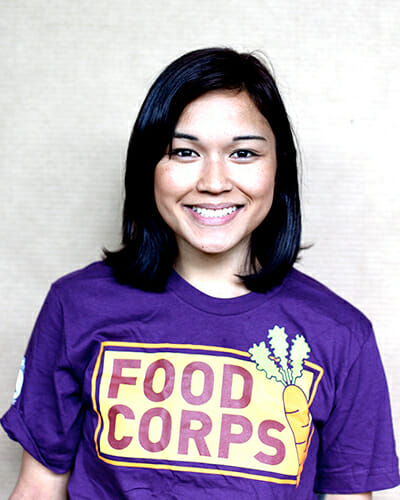 Alexis Sangalang, a native of suburban New Jersey, describes her experience in Camden as “eye-opening.”

The fact that Camden is in an urban environment with not a lot of green space has certainly made it an interesting place to teach about food and farming, she says.

Alexis talks of street fights and drug deals, yet she claims that the younger students who she works with, for the most part, are blissfully unaware of the realities of Camden, and are just excited to have a chance to be out in the gardens harvesting and eating their produce that they’ve grown from seed. “So that’s been really rewarding to me,” says Alexis. “When they take ownership of what’s being grown, they actually enjoy it a lot more.”

The teachers have been learning a little something too. One teacher had never tasted kale before Alexis introduced it during a classroom cooking demo — she now tells Alexis that she eats it all the time. 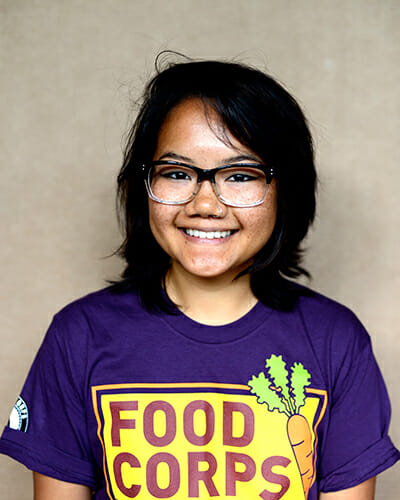 Tasia Yamamura, a native of Oahu, Hawaii, spends roughly half of her time as a FoodCorps service member serving with the Farm-to-Fork Program at MA`O Organic Farms, and the other half teaching lessons to school children on sustainable agriculture and healthy eating.

Hawaii’s recent history of colonization has certainly impacted the food system of the islands, says Tasia, who talks about the importance of “being open to hearing what the community needs rather than coming in with [her] own agenda.”

And this mantra has led to one of her most exciting projects yet: a grant to teach families about pounding kalo to make pa`i`ai, a fermented Hawaiian delicacy, and a traditional staple for native Hawaiians.

“There is a high population of native Hawaiians here,” says Tasia. “But a lot of them are disconnected from the food culture with of all of these fast food restaurants that have come into the area.”