How To Tie 4 Useful Knots

Farming equipment doesn't get any cheaper than rope. Here's four simple knots you can use in hundreds of different ways. 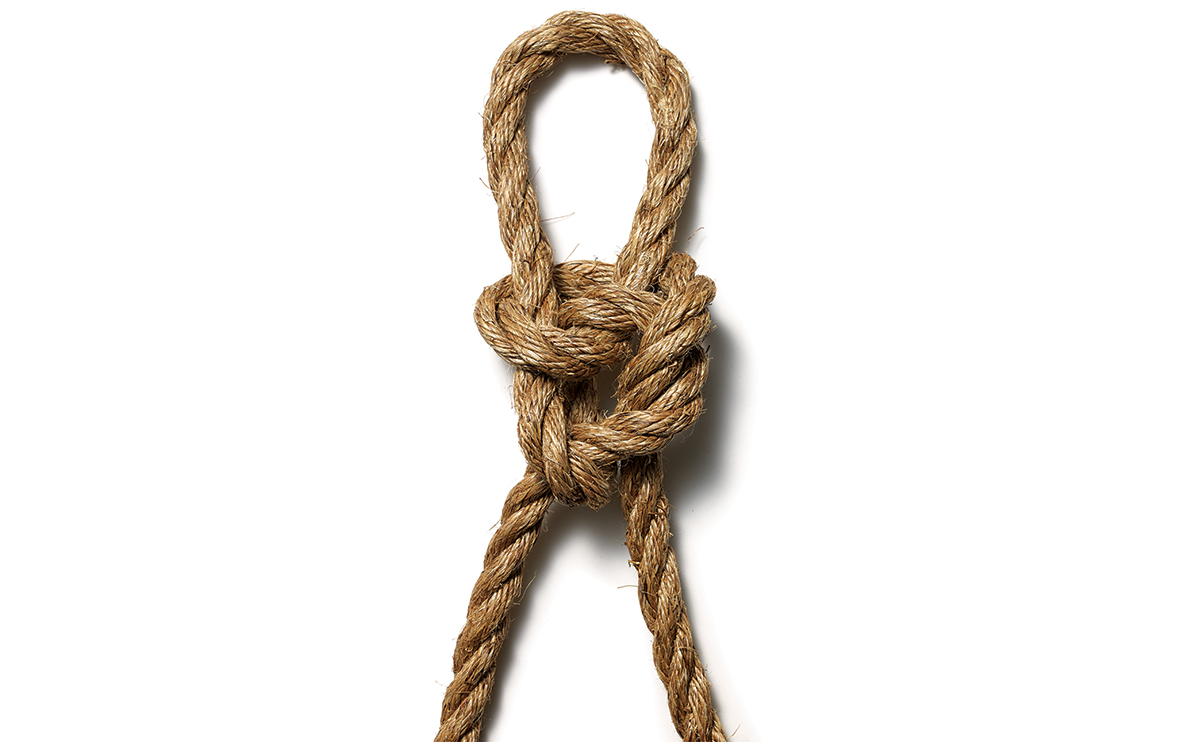 Let’s start with the basics:

Different jobs call for different materials and thicknesses. Polypropylene rope, for example, can safely pull twice as much weight as Manila rope made from hemp of the same thickness, but its slipperiness makes it difficult to keep a knot in place on a slack line. 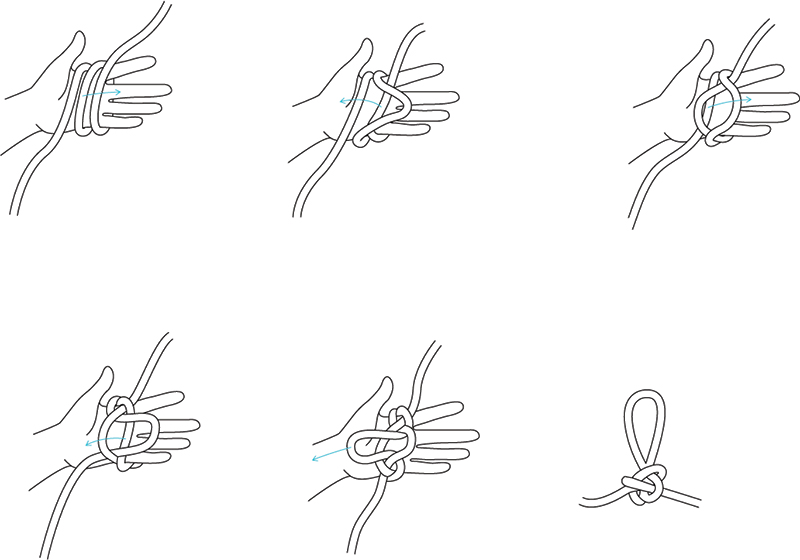 You can close a half-empty bag of feed by bunching the bag’s top into a neck and fastening it with a miller’s loop. Going right end (running end) over left, wrap the rope around the neck. Then circle the neck once more with the running end. Slip the running end under the coils (loosening them first, if necessary), and pull both rope ends to tighten the knot.

The bowline is the go-to knot for rescuing people from holes or ledges. It is also tough enough to hoist an injured animal or pull a truck out of a ditch. This knot gives the rope an end loop of whatever size you want. To tie a bowline, make a small loop far enough from the running end to allow enough rope for the desired end-loop size. Pass the running end through the small loop and behind the standing part, then back again through the small loop. Tighten the knot by pulling the end loop while holding the standing end.

I HAVE BEEN BROUGHT UP TO UNDO MOST KNOTS WITH A BIT OF TENACITY AND NOT RENDERING THE ROPE TO BE NO GOOD A SECOND TIME ROUND. AND AT THE AGE OF 47 THERE IS STILL LOTS MORE TO DISCOVER TO ADAPT AND ADJUST TO THIS SUBJECT AIDING MY PERSONAL DEVELOPMENT.

Popular
Could New York Become the Mushroom State?Sara Foss
The Rise of Virtual Farmers MarketsLeah Borts-Kuperman
7 Smokable Plants You Can Grow That Aren’t MarijuanaBrian Barth
Record-Breaking Egg Profits Prompt Accusation of Price GougingClaire Carlson, The Daily Yonder
New Solar Panels Allow Farmers to See the LightNaoki Nitta
Explore Modern Farmer
Related
Features, Food Security, Labor
The Rise of Virtual Farmers MarketsLeah Borts-Kuperman
Environment, Labor, Water
California Farms and Farmworkers Attempt to Recover From Record FloodsNaoki Nitta
Books, How-To, Lifestyle
How to Turn Your Garden Into a Business, No Matter the SizeEmily Baron Cadloff
Food Security, Labor, news
A New Egg Co-operative Has Hatched in the Western U.S.Lindsay Campbell
wpDiscuz
We use cookies on our website to give you the most relevant experience by remembering your preferences and repeat visits. By clicking “Accept”, you consent to the use of ALL the cookies.
Cookie settings ACCEPT
Privacy & Cookies Policy