A Craft Beer Revolution Is Brewing in Paris

A few years ago, a small group of people began to wonder where French beer had gone ”“ but more importantly, how to bring it back. 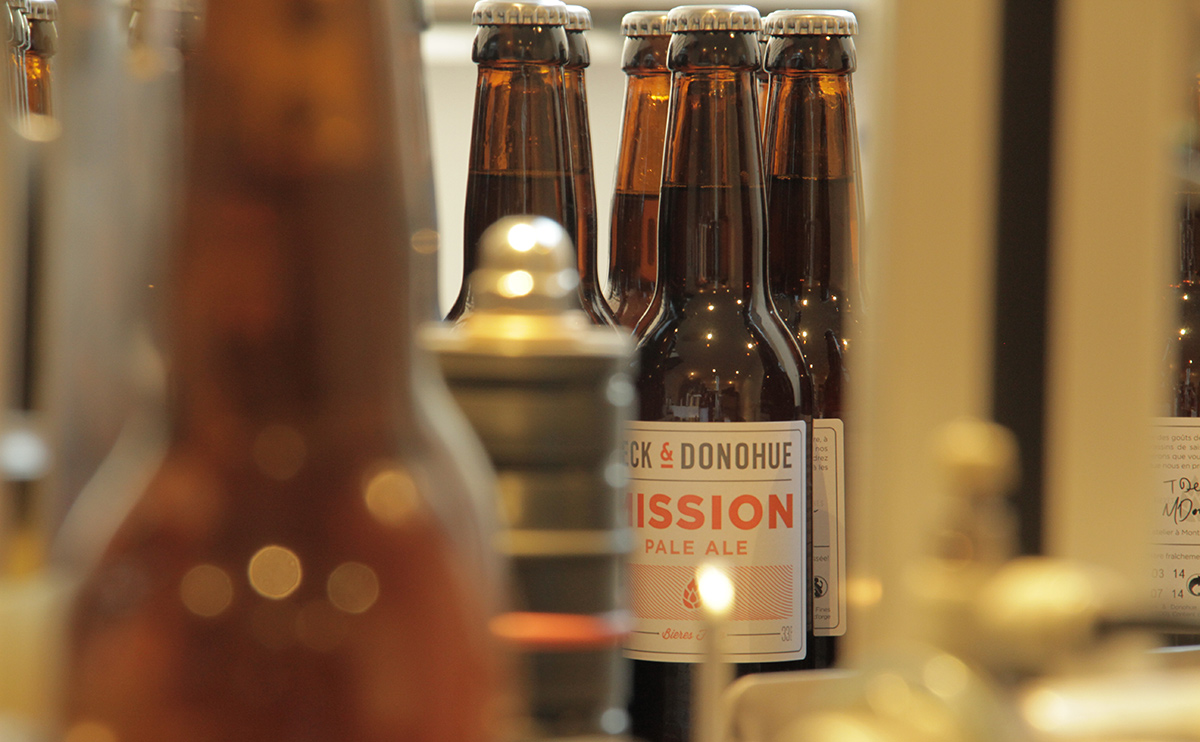 Three years ago, not even a handful of the 11 breweries, 6 bars and 7 bottle shops taking part in the week-long event existed. Not surprising, considering France is a serious wine country, right?

Well, not quite. The French have always enjoyed their beer. At the end of the 19th century, there were 2,800 small breweries in France. By the mid-20th century, production had been concentrated in the hands of a few large producers. And with that switch, flavor — the cornerstone of craft beer — took a backseat to profitability. And beer consumption began a five-decade decline. By 1975 there were only 23 breweries left. Wine, with its temperamental grapes and much-lauded craftsmanship, easily outshone the bland, industrial product to which beer had been reduced.

Then, a few years ago, a small group of people began to wonder where French beer had gone ”“ and more importantly, how to bring it back. Many of these French brewers, especially in Paris, looked to the American and British craft beer movements for inspiration. In the last few years, the Paris craft beer revolution – a revolution for both professional brewers and home brewers alike — began. And it began where it could: in converted maid’s quarters, disused factories in the city’s historically industrial sectors and warehouses on the urban fringe. The home brewers took to their kitchen sinks. Some brewers, like Yann Geffriaud of Outland brewery in Bagnolet, picked up techniques in America. Others, like Jonathan Abergel, agronomist and founder of Brasserie Parisis, fell under the spell of hops and experimenting with beer styles. Jean-Baptiste Auchs and his father, FranÁ§ois, started tweaking traditional French beer recipes for their Ox Bier brewery. Then there were the American expats like Anthony Baraff of Les Brasseurs du Grand Paris and Mike Donohue of Deck & Donohue brewery who arrived with a strong set of brewing skills.

Though breweries, bottle shops, bars and a growing community of enthusiasts abound, craft beer hasn’t flooded Paris just yet. “The French are very conservative when it comes to food,” says Thomas Deck of Montreuil-based Deck & Donohue Brewery. Although the French are travelling and working abroad more than ever, often in countries with a strong craft beer culture, the prevailing opinion is still that beer is simply a thirst-quencher. Then there’s the challenge of convincing the city’s bars to eschew their cozy relationship with industrial brewers – many bars are owned or heavily financed by international giants, a system that has been illegal in the United States since the end of Prohibition – in favor of carrying craft beer.

Despite all that, craft beer is starting to reach a wider audience – through the kitchen. Evolutions in French cuisine over the last decade have shifted focus from technique to ingredients. A new generation is starting to question what is on their plate and in their glass. “Craft beer fits perfectly with the ‘eat less, eat better’ trend that we see in Paris,” says Abergel of Brasserie Parisis.

Forming an alliance with the awakening Paris food scene is one of craft beer’s best chances of gaining legitimacy with the French. Parisian foodies will proudly list their favorite produce grower, butcher or cheese monger; why not their favorite brewer? “These really nice restaurants with amazing wine selections are realizing that they can’t offer industrial beer with their food,” says Thomas Deck. Deck & Donohue beers were available at 20 bars and restaurants within two months of opening. Every Saturday, the brewery bustles with neighbors and Parisians who make the journey to stock up on beer and share a story over a fresh pint.

But even as craft breweries – over 500 to date – pop up across the country and restaurants begin to experiment with beer-food pairings, old prejudices persist. “A foie gras producer from the south of France called me about stocking his product,” recounts Simon Thillou, owner of La Cave Á  Bulles, a bottle shop in the city center. “He didn’t realize that I run a beer store, not a wine store. When I suggested pairing his foie gras with a quince beer, he hung up on me.”

If the French are not aware of the beer revolution fermenting in their backyard, visitors are even less so. Beer fans head to Paris bottle shops to stock up on Belgian brews that are expensive or hard to find outside of Europe, unaware that a creative, ambitious French craft beer community is hard at work. If they inquire about local beer, they might discover Outland’s vibrant, hop-forward creations, La Vallée de Chevreuse’s organic brews, or taste the influence of Paris’s ethnic neighborhoods in La Brasserie de la Goutte d’Or’s spicy beers.

French beer has come a long way in a very short time, but the future of the market remains uncertain. “My dream is to be able to walk into any bar one day and have at least one local option,” says Jaclyn Gidel, who owns the bottle shop Biérocratie with her husband, Pierre. If French craft brewers focus on getting unique, flavorful beers into the hands of consumers, that dream just may become a very tasty reality.