Some of the champions of these competitions became the major genetics suppliers of today's poultry. 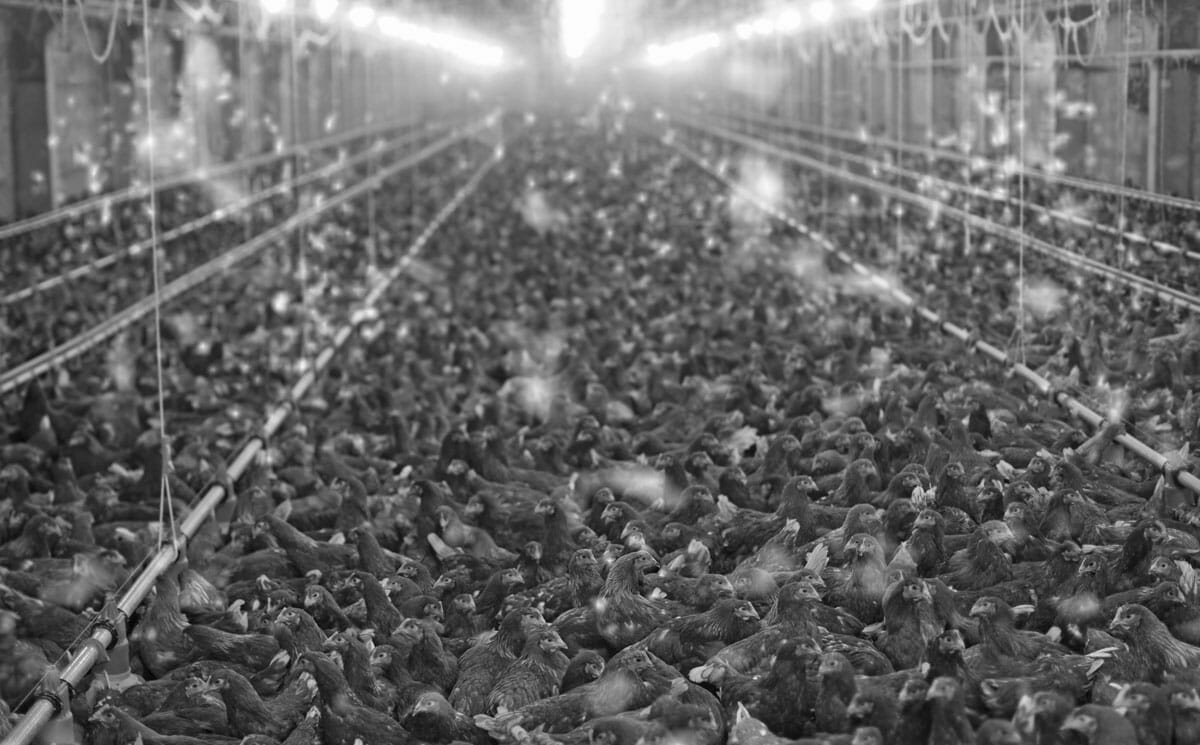 They had heated debates about the superiority of supermarket quality versus big box store, both of which they frequented in pursuit of the ubiquitous pre-cooked poultry. But they acted like each one, identically packaged in a clear plastic top and black base, priced around $12.99, was an occasion within itself – certainly one with the power to lure their only granddaughter over for dinner. I went, but I assure you, it wasn’t for the roasted chicken, which I considered a last resort in my own family’s refrigerator.

Why was a roasted chicken so special to them, and totally unremarkable to me? Our reactions highlight more than just a generation gap, but disparate American experiences – one that came before the “Chicken of Tomorrow” contest, and one that came after.

In 1948, the Great Atlantic & Pacific Tea Company, or A&P, sponsored this national event to give the world a better chicken. A&P was then the largest supermarket in America, a pioneer in the high-volume, low-cost food chain model. Just three years earlier, the U.S. Justice Department had convicted the supermarket chain of criminal restraint of trade, but that verdict came far too late for all the Mom and Pop stores that A&P had put out of business. It didn’t really hurt A&P either, but they saw the contest as a PR stunt with a real cost-to-benefit ratio. A&P was the country’s largest poultry retailer, and chicken had been one of the few unrationed proteins during WWII. They wanted to continue to grow the poultry market, and this goal was shared by the USDA, who would become A&P’s official partner in the Chicken of Tomorrow contest.

In 1948, A&P sponsored this national event to give the world a better chicken: with broader-breasts, bigger drumsticks, plumper thighs and more white meat.

It was an alliance with a specific goal: The “development of superior meat-type chickens.” The winning chicken would have broader-breasts, bigger drumsticks, plumper thighs, and above all, more white meat. And they would grow faster, too, so that the consumer would eventually come to depend on the bird as a reliable kitchen staple.

The contest captured the interest of farmers across the nation, who had almost exclusively used chickens for egg production. If chickens were eaten on the family farm, it was usually after their laying days were behind them, and even then, they were reserved for a special family dinner – hence my Michigan-born grandparent’s enthusiasm. They fed their laying hens slowly, which would never yield the high feed-to-weight conversion the emerging modern broiler industry was really after.

After several cycles, each of the 40 finalists submitted 720 eggs to a central hatching facility, where the chicks were raised in controlled conditions and fed a standard diet. For 12 weeks, their weight, health and appearance were closely monitored, and at the conclusion, the survivors were slaughtered and judged.

The Chicken of Tomorrow contest boasted exhibitions and offered tours as well, but there was more to see than carcasses hanging from hooks. The A&P and the USDA wanted the get the public excited about eating more chicken, which they prepared for various dinners during the finals, in addition to sponsoring concerts, dances, a parade and a rodeo. There was even a Chicken of Tomorrow Queen, a blonde beauty who appeared in the 1948 documentary, smiling and waving from her carriage in Georgetown – a procession sponsored by the Delmarva Poultry Industry.

So who won? Arbor Acres White Rocks’ white feathered birds beat the competition in the purebred category, but Red Cornish crosses from the Vantress Hatchery definitely outperformed them. And as it happens, those two breeds would eventually be crossed and become the Arbor Acre breed – whose genetics now dominate poultry farms worldwide. At the time, Arbor Acres was a small family business run by Franks Saglio, an Italian immigrant who had previously focused on fruits and vegetables in Glastonbury, Connecticut, but his son’s winning chickens changed everything. They started breeding on a national level, and over time, their chicken’s breast swelled, but their behavior did not, as traits desirable for confinement were refined. They even managed to limit feathering, so the birds could be easily plucked. Before long, Arbor Acre’s parent stock had supplied all the major broiler companies in America.

But what about the thousands of famers who lost the Chicken of Tomorrow contest in 1948? At least half of their farms are gone, along with their ancestral chicken breeds. Purdue University cites the greatest decline in diversity coincided with the rise of industrial chicken production in the 1950s. The smaller farms that remained in business weren’t selling to their neighbors or Mom and Pop stores, but to international chicken processors who handed down strict instructions for chicken production, even dictating what kind of cage the bird would spend its short life in.

And that life keeps getting shorter and shorter – four to seven weeks, to be exact. In the 1950s, a broiler chicken lived a full 16 weeks. The faster and heavier method that won the contest was amplified by confinement, and while the chickens come out of those cages fatter, they tend to get sicker, too. They have insatiable appetites, which leaves them stressed, as evidenced in their poor reproduction capabilities, cardiovascular failure and skeletal problems. They’ve been pumped with so many antibiotics, they’ve developed resistances. The chickens’ weak legs and overworked hearts strain every week their lives are extended.

We’re still eating the Chicken of Tomorrow today – but maybe it’s time to hold another contest.

Interesting story that I have never head before.

Popular
7 Smokable Plants You Can Grow That Aren’t MarijuanaBrian Barth
Record-Breaking Egg Profits Prompt Accusation of Price GougingClaire Carlson, The Daily Yonder
Could New York Become the Mushroom State?Sara Foss
Hell in High Water: The Story of Devils Lake, North DakotaSharlene Breakey
6 Differences Between Llamas and AlpacasAndrew Amelinckx
Explore Modern Farmer
Related
Features, Food Security, Labor
The Rise of Virtual Farmers MarketsLeah Borts-Kuperman
Features, Food & Drink, Fungi
Could New York Become the Mushroom State?Sara Foss
Environment, Labor, Water
California Farms and Farmworkers Attempt to Recover From Record FloodsNaoki Nitta
Books, How-To, Lifestyle
How to Turn Your Garden Into a Business, No Matter the SizeEmily Baron Cadloff
wpDiscuz
We use cookies on our website to give you the most relevant experience by remembering your preferences and repeat visits. By clicking “Accept”, you consent to the use of ALL the cookies.
Cookie settings ACCEPT
Privacy & Cookies Policy