Was the Southern food I'd come to love in Atlanta, with its fascinating mishmash of European and African influences, also influenced by the Native tribes now residing in those Oklahoma plains, thousands of miles away? 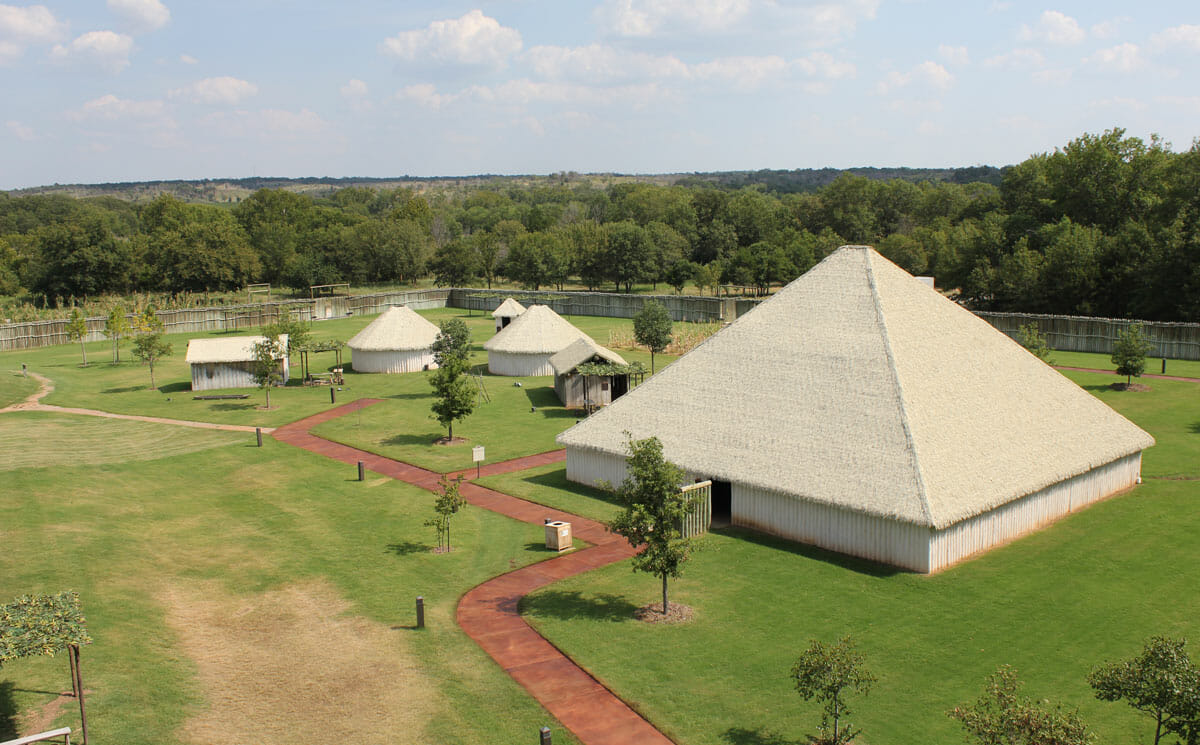 While I did not leave with answers about my Native American ancestors ”“ only the fact that family letters and photos allude to the possibility that they did indeed exist ”“ I realized something important on that trip. It happened on an exploratory day in the Chickasaw Nation, in a far-flung corner of Oklahoma, when I cracked open a self-published cookbook and was shocked by the familiarity of the recipes within. The grits, corn bread, sweet potato pie and chicken and dumplings in the book looked like a replica of my mother-in-law’s family recipes in south Alabama. Was the Southern food I’d come to love in Atlanta, with its fascinating mishmash of European and African influences, also influenced by the Native tribes now residing in those Oklahoma plains, thousands of miles away?

Was the Southern food I’d come to love in Atlanta, with its fascinating mishmash of European and African influences, also influenced by the Native tribes now residing in those Oklahoma plains, thousands of miles away?

I spent a week barreling around the countryside in my grandma’s old sedan, talking to experts on Native American food and visiting the Chickasaw nation, a tribe originally from the Deep South. And the connection between the ubiquitous dishes you’d find at any good Meat & Three and the southeastern tribes? It was all about agriculture.

That those tribes were skilled farmers was absolutely essential to their unique influence on Southern food, says Steven Bond, a Chickasaw-Choctaw Ethnobotanist and Specialist with the Intertribal Agriculture Council. The southeastern tribes, like the Cherokee, Chickasaw, Choctaw and Creek, subsisted on about 60 percent agriculture and 40 percent hunting and gathering. Few tribes around the country relied so heavily on agriculture – and that’s possibly why they left so much behind.

Bond, who lives on a dusty farm filled with grand old pecan trees, wants to bring that tradition back. In fact, he travels all over the country working with Native American farmers to help them rework their land in ways big and small.

The tribes in the Deep South farmed with a clever companion planting system later dubbed “The Three Sisters.” “I remember going out to my garden when I was younger,” says Loretta Oden, an Emmy-award winning chef and champion of Native foods and culture. “I’d draw a circle a couple of feet around and we would mound up the dirt. Then we’d plant corn, beans and squash all together. That’s the way it’s been done for thousands of years.” She calls the corn the tall sister, shooting up toward the sky. The beans, climbing varieties that like a little support, wind around the stalks, an ever-reaching middle child. The squash grows low on the ground and covers it, keeping weeds from growing – it’s the fat, lazy sister, she jokes.

But how exactly did these crops grown by the southern tribes influence a culture that today religiously eats black-eyed peas on New Years Day and won’t touch green beans unless they’re flecked with bacon? Of course the answers I found were far from straightforward. Africans, Natives and Europeans all interacted in a complex way to create the Southern foodway. Europeans contributed salted pork and flour breads; the Africans brought seeds for okra and sweet potatoes, interacting with the tribes in myriad ways. But there are some specific dishes that provide fascinating illustrations.

Take the story of grits. When the Choctaw got hold of corn, introduced to the Mississippi river valley around the year 800, they discovered the process of nixtamalization, a way to add lye from the fire ashes to the corn to make it more edible and nutritious. It was a fortuitous accident, says Oden. Perhaps someone accidentally got some ash in the pot and saw the way the corn blossomed. All Southern grits still include lye – as a modern enzyme already included in the brands you’ll find in the grocery store. “But it is the same process that was discovered hundreds of years ago by the Native people,” she says. “It is an ancient, ancient process and it just blows me away.”

Europeans contributed salted pork and flour breads; the Africans brought seeds for okra and sweet potatoes, interacting with the tribes in myriad ways.

Another colorful story comes in the form of Southern-style green beans. Fresh green beans were snapped by the tribes and strung up on the rafters of houses, often called “leather britches” by the Europeans. They were thrown in water and cooked for a long time to reconstitute them, often with a bit of fat or meat for flavor. Sounds similar to the overcooked green beans, dotted with bacon of course, that often find their way to a Southern table.

Then there’s gumbo. “Gumbo” is the African word for okra. The seed was likely brought over by the slaves; the southeastern tribes took to the crop and adopted the word as well (the Chickasaw word for okra is “kombo,” according to Bond). When the Acadian people, those Frenchman who originally settled in Canada, arrived in what’s now Louisiana, they formed alliances with the Southeastern tribes and the slaves – and the classic New Orleans stew was born somewhere down the line. “It is just a splendid story — and a splendid food story,” says Oden.

Way out in Indian country, there’s another familiar sight for a Southerner: A Folgers coffee can full of bacon grease, sitting next to the stove. And its purpose is all too similar as well. The southeastern tribes would carefully harvest wild greens, like poke, and then throw them in a pan with some bacon grease, says Oden. Call it a precursor to the all-important collard and mustard greens in the South.

Yes, the answers are tricky. But I’ve got my own form of satisfaction: As I tuck into a steaming bowl of pishofa, that warming, cracked-corn porridge that would’ve been ever-present on a Chickasaw fire, I think that it’d be perfectly at home on a Waffle House menu. And next time I eat a classic three-bean salad at a loud family dinner, my mind will sail straight back to those rolling plains and that clever little garden.