Since 2013, the Paris airport has deployed a tractor that can locate weeds and spray them directly with herbicide. 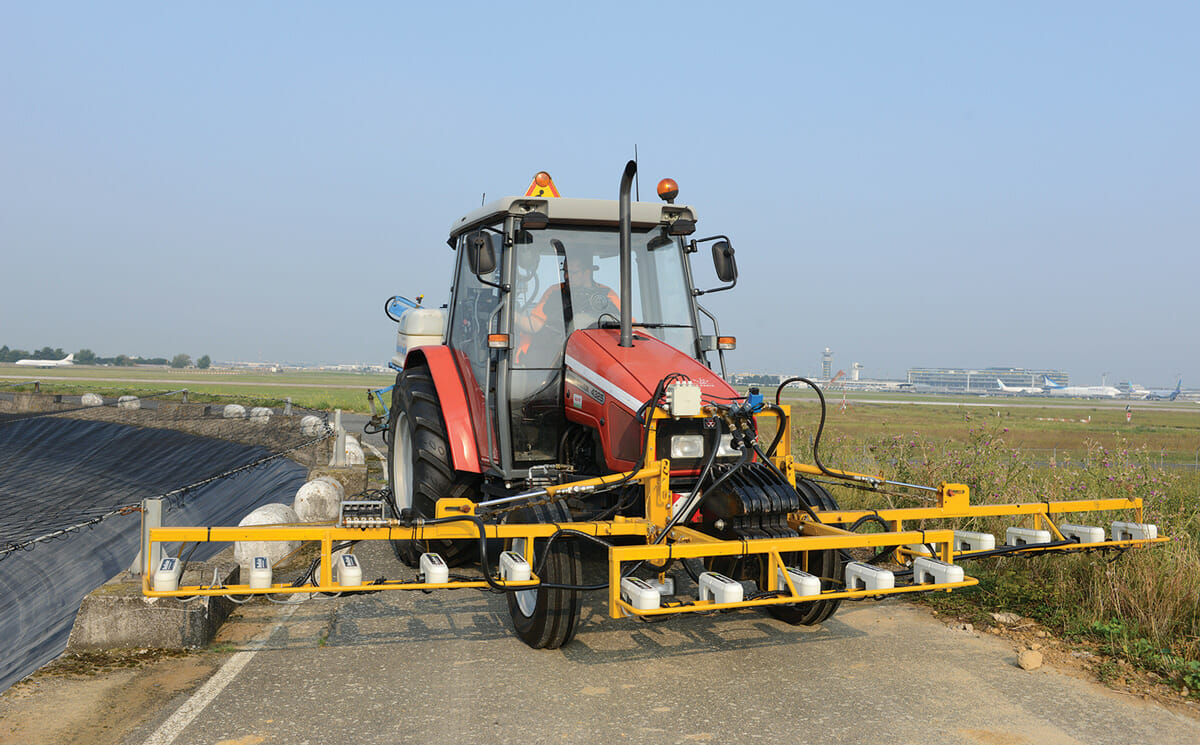 Jet-setters and weary travelers at Paris’s bustling Orly Airport might look out on the tarmac and see a sight more at home in an agricultural field: a high-tech weed sensor.

Beginning in 2013, the airport deployed a tractor outfitted with sensors that can locate weeds and squirt them directly with herbicide. The machine was originally developed by a U.S. company for agricultural use. Farmers could save money by targeting weeds specifically, not to mention cutting back on labor and chemicals in the field. But officials at Frances’ Orly Airport, grappling with new regulations enacted to help protect groundwater, thought they could make use of it as well. They started tinkering with the technology in 2011, and sent a fully operational machine out onto the tarmac in 2013. They call it the “Weedseeker.”

The machine cruises taxiways overnight, ridding them of pesky weeds that grow up through the joints of concrete slabs. Utilizing infrared technology, the sensors use light that bounces off a weed, triggering the machine to spray them with a carefully calibrated dose of herbicide. The French airport teams added their own innovation: a geolocation function that keeps areas from being over-treated or missed completely and a specially designed “spray boom” attachment designed for taxiways.

A driver must pilot the machine, but spraying is handled by the onboard computer. The Weedseeker keeps taxiways safe, and cuts down on herbicide use. The technology has proven so effective at Orly that Lyon-Saint Exupéry Airport and the French railway system have also adopted it.

The message is clear: just say non to weeds.