Game of Farms: Plight of the Westerosi Farmer

Have you ever wondered where all the food comes from in George R.R. Martin's Game of Thrones series? We did, so we asked around to find out who provides for all the feasts of fantasy. 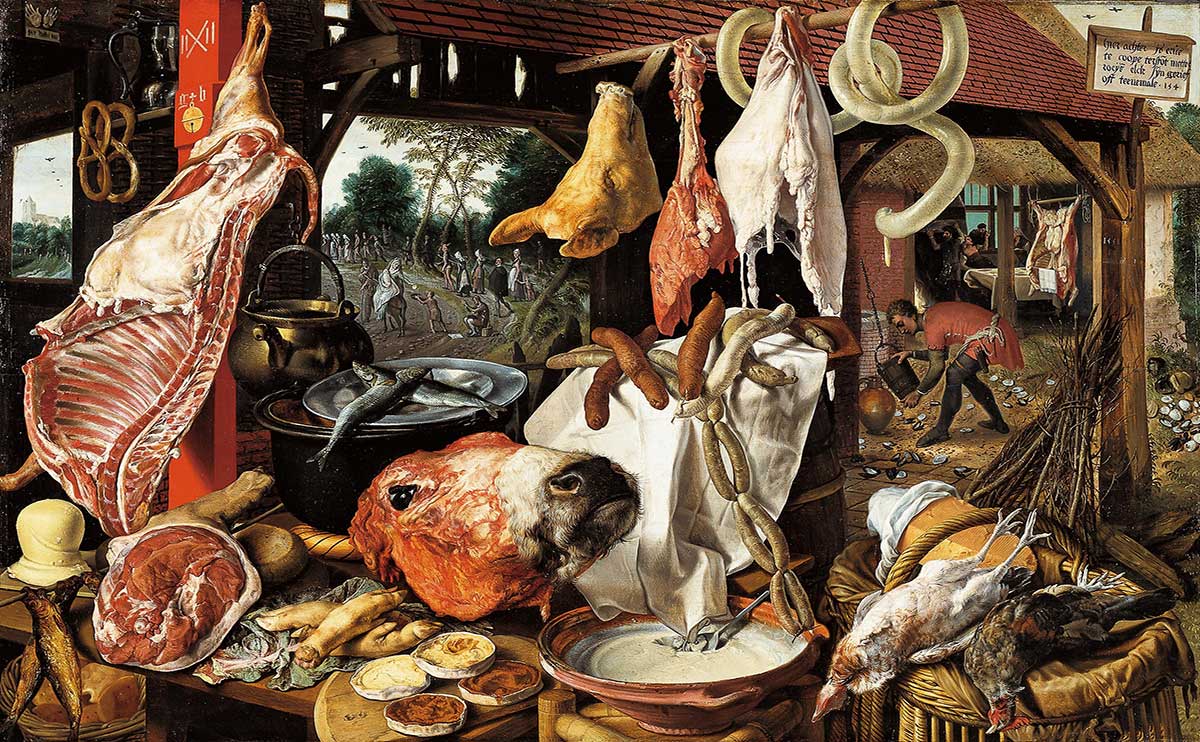 From wedding feasts to royal sups and roadside inns, food is an ever-present enticement throughout the books, lending dripping detail to the otherwise boring scenes of blood, sex and sorcery. Fans of the series have taken note, cataloguing mention of over 160 different dishes in the first four George R. R. Martin books alone.

Food is an ever-present enticement throughout the books, lending dripping detail to the otherwise boring scenes of blood, sex and sorcery.

But who is farming?

Elio Garcia, webmaster for westeros.org, a comprehensive Game of Thrones fan site, explained to Modern Farmer that the fictitious continent has three major agricultural regions that provide food for the many urban centers that dot the landscape. (Sadly, Martin himself refused comment through his publicist, who said he was busy writing.)

“There are passages in the novels where characters travel and note that they are passing fields and farms in some abundance. Besides the Reach ”“ home to the city of Highgarden, the bread basket of Westeros — the Vale of Arryn is said to be almost as fertile, and the Riverlands themselves appear to be quite fertile as well.”

However, during the long conflict between Robb Stark and the Lannisters, the agriculturally endowed Riverlands are pillaged and burnt by both armies, and as the war expands across the continent, rural populations are forced to leave their lands for the safety of walled citadels.

Surely the pigeon keepers, goat herders and turnip farmers of Westeros must be feeling the pressure of the ongoing battle for the Iron Throne.

Although, whether they’re feeling the effects of total war or not, we as viewers and readers are unlikely to hear about it. Throughout the series farmers have an almost non-existent voice, showing up in only a handful of episodes and even more infrequently in the books.

So, we asked BuzzFeed writer and in-house Game of Thrones expert Ryan Broderick his opinion of what life must be like as a fantasy farmhand.

‘I think being a Westerosi farmer, or really almost anyone in Westeros, has to be just awful.’

“I think being a Westerosi farmer, or really almost anyone in Westeros, has to be just awful. Say I’m a farmer in the Riverlands, and I’m growing an insane amount of crops. I’m storing some, selling some, paying some as tax to my lazy, good-for-nothing liege lord, and then a massive asshole like The Mountain burns my crops, pretty much just to be a dick, and then most likely kills my family and friends. I’d be furious,” says Broderick.

Garcia thinks the farmers are largely left out of the story because Martin chooses to focus on the lordly pursuits of nobles in the urban centers of Westeros and the far corners of Essos.

Present or not, there still seems to be a missing link between the farms and the trenchers of the high courts.

Broderick thinks the unique seasons of the Game of Thrones universe could be the answer.

“The key is that Westeros has seasons that last years … all the major houses have a tremendous amount of winter resources stored up. That’s what they’re eating into as the story progresses.”

‘If the winter lasts too long, the food runs out, then people either move south, or starve … famine happens, the North is cruel.’

Garcia agrees, but says if the coming winter is particularly long ”“ something Martin has foreshadowed since the start of the series ”“ the limited preservation technology available to the people of Westeros will see food rapidly run out as the cold days wear on.

“Granaries might, if well-tended, be capable of holding grain for a year or two, but things like fruits and vegetables would start to become scarce more swiftly,” says Garcia.

When posed a similar question via westeros.org’s ‘So Spake Martin‘ section ”“ a collection of email correspondence between Martin and fans ”“ the author offered a bleak outlook on food security during extraordinarily long winters.

“If the winter lasts too long, the food runs out, then people either move south, or starve … famine happens, the North is cruel,” replied Martin to westeros.org member Ser Jamie.

With dwindling food stores, gluttonous nobles and all-out war, Westerosi gourmands should enjoy their lavish feasts of buttered swan and crab-claw pie while they can. In the words of George R.R. Martin – winter is coming.