Pig rustling. Porcine plundering. Hog heists. Whatever you call this crime, it's a continuing problem in many nations. 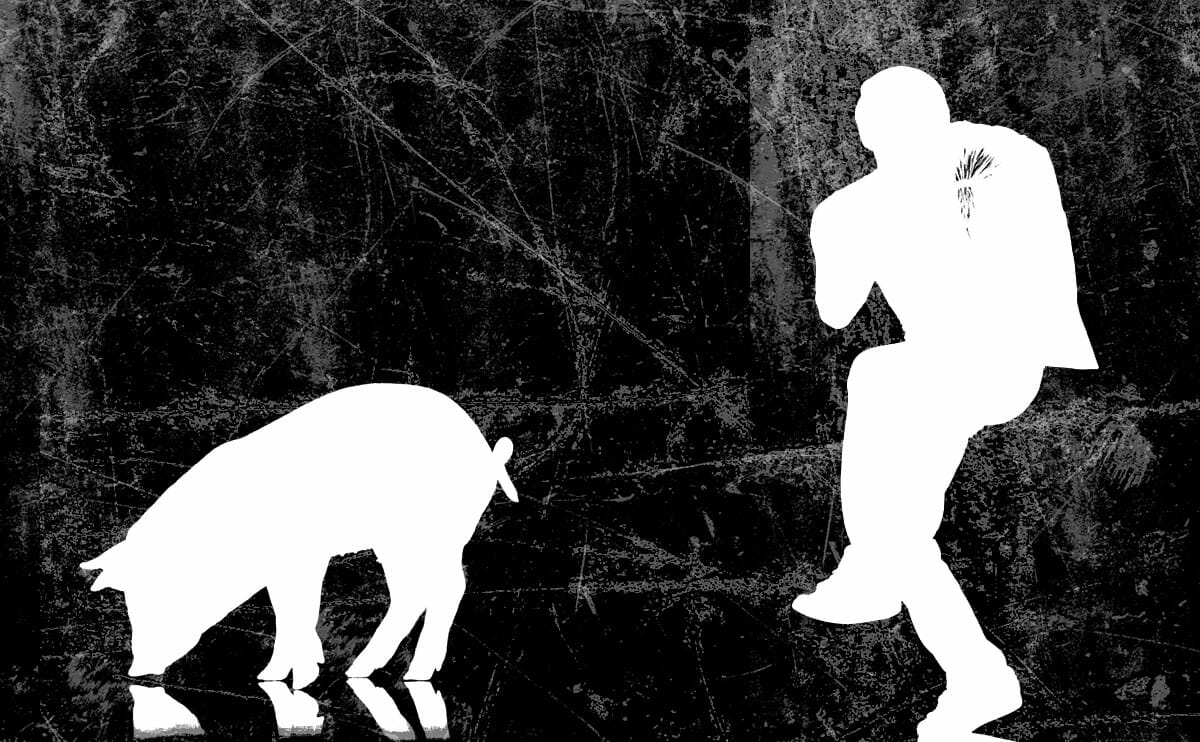 With no databases that track this type of crime, it’s hard to pin down hard numbers, but beginning in 2011 anecdotal evidence shows that the crime began to escalate. In August of that year the price of pork hit a 15 year high and although the price has dipped somewhat, the crime continues to flourish.

According to John O’Neill, a European agro-insurance specialist based in London, pig rustling in the United Kingdom has been on the rise for the last three or four years due to the increase in the price of pork, but reported numbers are still “small.”

Although the crime may be linked to pork prices, in one instance a rise in British pig rustling came in the wake of a less pecuniary matter.

“There was also a temporary increase in the incidence of theft following broadcasts of one of our famous TV chefs, Jamie Oliver, extolling the virtues of eating pork,” said O’Neill.

He says outbreaks of pig rustling usually involve gangs stealing 100 pigs or more valued at as much as $50,000. Besides small time thieves there has been a noted increase in larger thefts “with organized and sophisticated gangs stealing to order.”

In some cases, thieves will take a small number of animals, even nightly, over a period of time with “less diligent” farmers not immediately aware of the losses.

“It is also easier for a thief stealing a few animals to get into the pigsties and to avoid being detected,” O’Neill says. “After several incidents in one area or at one farm the spate of thefts will be over.”

In June of last year, there was just such a rash of pig rustling in the region of East Anglia with one Suffolk farmer losing animals valued at £30,000 (almost $50,000) over the course of six months. No arrests were reported in that case.

According to the East Anglian Daily Times, it’s believed the animals were taken to “back alley” slaughter houses, raising health concerns.

Lizzie Press, the acting general manager for the British National Pig Association, was quoted by the newspaper as saying that these types of thefts were becoming more prevalent and were “a sign of the current economic climate.”

Across the Atlantic, pig rustling also continues to be a problem.

“It could be a dishonest farmer, a neighbor down the road, or in the county, that is struggling financially, that is going to mix the pigs in on his own,” hog owner Tina Dekker told Siouxland News.com. No arrests have been reported in that case.

According to Sherilyn D. Hoyer, communication specialist for the Iowa Pork Industry Center, some pig thefts are “inside jobs” where “someone associated with the farm or company” is behind the crimes, which often go unreported to law enforcement.

The U.S. National Pork Board reports that at least 50 percent and as much as 70 percent of all losses are due to “internal crimes.”

Cindy Cunningham, assistant vice president of communications for the National Pork Board says “from time to time we do see some thefts of pigs from hog farms.” Her organization provides materials to farmers to assist them with security practices, she says.

Farmers already reeling from lost income from theft then have to shell out money to protect the animals that haven’t been stolen. O’Neill says farmers may end up spending close to $10,000 to install cameras and other deterrents in the wake of pig thefts.

While many of the thieves responsible for the crimes go unpunished, in some cases the perpetrators are caught.

Last November in Spain, two men in their 20s were arrested for allegedly rustling pigs from at least seven farms in the provinces of Murcia and Almeria. Police say they stopped the pair at a roadblock and discovered 10 slaughtered pigs in their truck.

Stateside, in January, a Pennsylvania man was given up to seven years in state prison for stealing two hogs from a farm and butchering the animals. The defendant’s past criminal history played a part in his harsh sentence.

Pig farmers today face more than just the risk of disease outbreaks or falling prices. They now also have to focus time and energy to protect their property. A Minnesota hog farmer summed it up best in a September 2011 interview with the Star Tribune newspaper, telling the reporter that when the hog industry was losing money, farmers talked about locking their barns and walking away. “Now you lock the doors and wish somebody was there 24/7,” Doug Warner said.