A year and half and thousands of jars of pig poop later, scientists in the Midwest still have little idea what is causing pig manure to ignite like a fireball at the end of a Schwarzenegger movie. 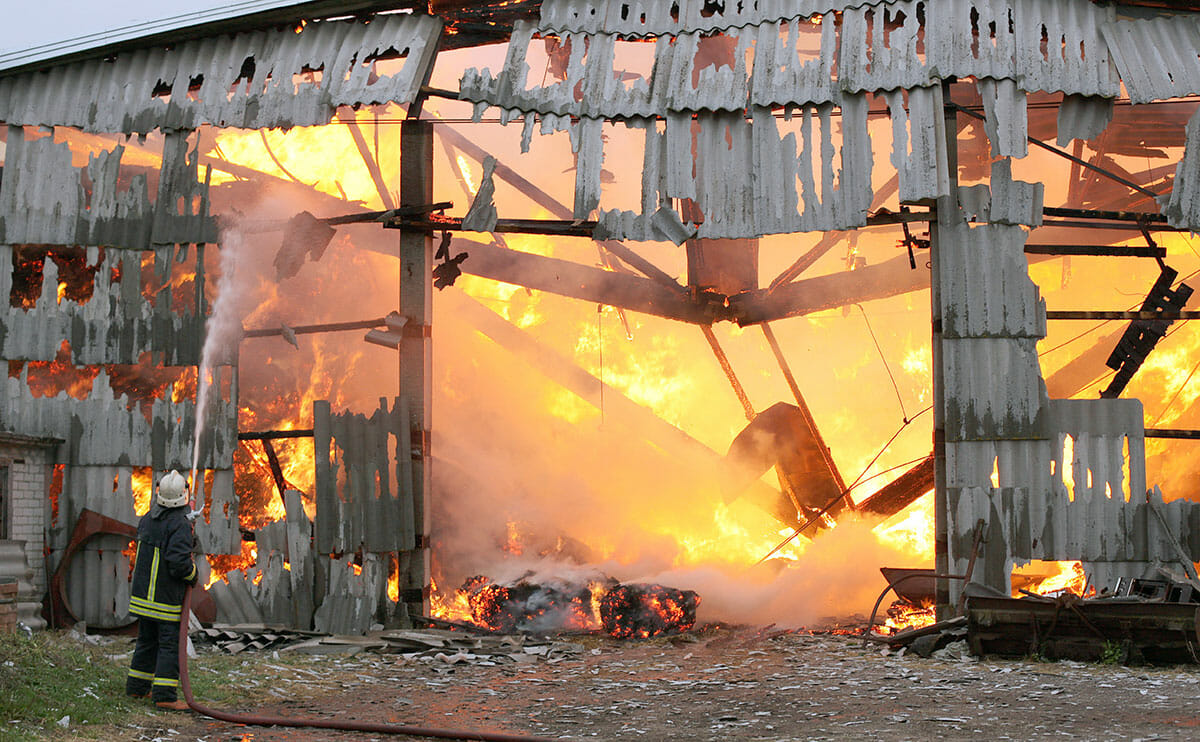 Finding answers to the mystery is no elementary school joke. Around 2008, many pig farmers began to see a gooey froth form atop manure pits. Like some plumber’s worst nightmare, the grey foam could gurgle through the slats of the barn floor, soaking the hooves and ankles of the pigs.

A barnyard backup is actually preferable to one alternative. The foam also carries hydrogen sulfide and methane — both highly flammable gases. If the rising tide finds a spark, producers have to plug their ears and duck for cover. The University of Minnesota reported that in September of 2011, a half a dozen flash-fires related to pig manure sprung up in the Upper Midwest. The worst of the string killed 1,500 pigs and left one worker with severe burns.

Even if they haven’t all exploded, a survey revealed 25 percent of Midwestern hog farmers have experienced foaming at some point.

Steven Hoff at Iowa State University wishes he had a clear answer for them, but his research teams aren’t quite there. “It’s frustrating that I can’t say we have found the problem, but I cannot stress enough how complicated of a problem it is,” he said.

Hoff is at the helm of a three-year investigation into causes and possible solutions to manure pit foaming. The Iowa Pork Producers Association (IPPA) has given to $1 million for the study, giving his team a chance frame questions and collect manure samples from across the Midwest. He’s hoping the answers will arrive as scientists start analyzing all that pig crap.

Here’s what he knows: Foaming requires three things to happen. First, a stretchable surface needs to form atop a manure slurry. Then, you need a source of gas — in this case, microbes aerobically digesting manure into methane and other gases. Finally, like a stadium dome, the bubbles to have some sort of support structure to stay stable.

“It’s frustrating that I can’t say we have found the problem, but I cannot stress enough how complicated of a problem it is.”

So what’s so complicated? The interacting biological and chemical variables make the occurrence of foam anything but clear cut. Hoff’s researchers can’t pin down what conditions cause the foam. One barn will experience foaming, then another with similar pig genetics, feeding and management plans will be a-okay. They’ve even seen foam form on only one side of a barn with a connected manure pit.

So somewhere, there’s a soul in the machinery of pig poop.

Since much of the problem has been localized to the Corn Belt, scientists have paid careful attention to pigs’ diets in connection to the problem. In comments to Mother Jones, Larry Jacobson, a professor and extension engineer involved with the project at the University of Minnesota, suspects distillers grains as one possible culprit. Hog farmers started feeding their animals the byproduct of ethanol production about the same time pit foaming became a widespread issue.

On a scientific level, this so-called “pig bang theory” of Jacobson’s also makes sense. Distillers grains contain long fatty acids that could aid in the formation of bubbles. A recent set of feeding trials connected to Hoff’s project found those chains of fatty acids in foaming pits, but didn’t offer any clear confirmation. “None of the diets studied have resulted in stable foam development,” write the authors.

In the meantime, hog farmers have been pouring their own solution into foaming manure pits: an antibiotic called Rumensin 90. The drug usually works as a kind of Tums for bloated cows. Hog farmers have found it doubles as a foam treatment. Scientist still don’t how it works other than shifting the biology in the manure pits, but Hoff says participating states have been receiving many fewer calls related to foaming.

Still, the long-term goal for Hoff is to provide hog farmers something more permanent than an antibiotic Band-Aid. For now, his team provides a protocol to keep pigs from cooking before their time.

It’s a common sense procedure. In case of foam: Clear the animals. Remove ignitions sources. Open the barn vents. And then, and only then, disturb the manure pit to beat back the swell of living, breathing pig shit.