"A lot goes into this business if it's done right, a lot of psychology. We aren't just throwing up stuff and hoping you'll buy it." 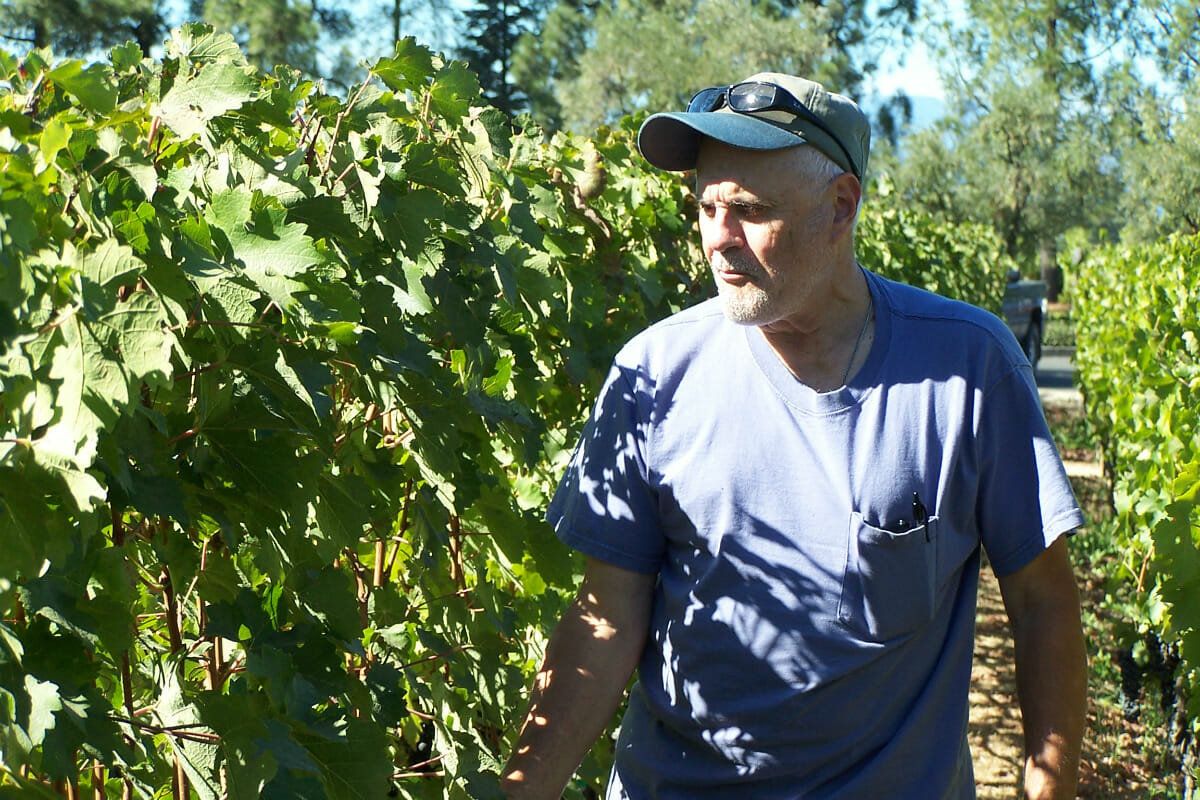 Produce was always my thing. When I was assistant store manager, I kept going back and bugging the produce guys to get more sales. Someone upstairs must have noticed; one day I got a call from a top guy, wanted me to join the buying office. I ended up overseeing produce for a hundred and something stores.

I was always traveling around, making sure every store was on the same page. Customer walks in, you want ’em to see the same setup in 100 locations. Uniformity, that’s the message we’re sending. A lot goes into this business if it’s done right, a lot of psychology. We aren’t just throwing up stuff and hoping you’ll buy it.

A big thing is what the customer sees when they first enter the department, in what’s called the number one display spot. Right in the center there, you’re going to have your top sale item from the front page of the flyer, say a 10-pound bag of Idaho potatoes.

Here’s the trick: we set up items on either side of the potatoes, what we call the wings. Customer stops to grab potatoes, and oh! Now they’re getting some vine-ripened grape tomatoes. Those customers make up the loss we’re taking on the potatoes.

It used to be we’d only pair items that naturally go together, say red grapes and green grapes. Guys like me changed all that. Now you put navel oranges next to broccoli, get customers thinking of a wider range of things to buy. They didn’t plan to buy broccoli, but now it’s in their basket, so maybe they’ll get some butter to melt on it. And hey, what goes good with broccoli? Steak? Potatoes? That’s what you call a little “impulse impact” shopping.

When it comes to produce, a lot of customers, they’re going mostly on appearance. It’s like shopping for a used car. You go to the lot, you’re gonna look over each car real good. You see a little scratch or dent, you decide not to buy it. 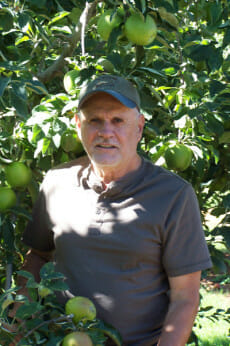 Pelger in a California apple orchard

Customers do the same thing with apples or eggplants. I watch them shop. I watch them very carefully. They pick up a tomato, put it back down, walk away. I want to know why. And they’ll tell me: “Oh there was a spot on it, it’s bad.” That tomato would taste fine, but it doesn’t change the situation. I’ve gotta play to what the customer thinks they want.

Here’s the problem: customer goes in the store, buys some oranges because their color is so bright and vibrant. They have no idea what they’re actually taking home. It’s like buying a car — so it’s shiny and red, who cares? Get that thing home, it could be a piece of crap. Those nice-looking oranges, they might be tart and unpleasant.

I think of quality as the whole package — shape, color, size and above all taste. Some stores, and I’m not pointing fingers here, they’re going to look for the cheapest possible product. Maybe they’ll buy oranges with some greening on them, something like that. Shippers are going to sell them at a good price, and the buyer thinks: “Hey I just saved X dollars.” But is it worth it?

I’m of the mind that you can’t cut corners on product. You’ve got to get out there in the fields and the warehouses, do inspections, taste what you’re getting. You can’t trust quality based on appearance alone. Shipment isn’t good? You send it back.

A Plum for Every Season

Customers expect us to have a 52-week program on all our items. It’s very hard to deal with a company that says “We have these tomatoes from April until December.” I need places that will give a consistent year-round product. You might get vegetables grown in Canada part of the year, then the same items from Mexico during the winter. There can’t be any intervals when the product isn’t available.

The only item I can think of with an interval now is the cranberry; that’s about it. Look at your stone fruit — peaches, plums, nectarines. There’s no such thing as “in season” anymore. Those are all coming from South America this time of year, somewhere else after that.

When it comes to shrink, everybody’s got a program. We used to waste a lot, but no one can afford it anymore. There are so many ways to take care of distressed product. Let’s say you’ve got a big bag of apples, but two are bad. The bad apples don’t spoil the bunch. You just replace ’em with two good ones.

I always taught people to cull with two boxes. One box is for true garbage. Bad is bad, and some things just aren’t fit to eat. But the other stuff, you take it in the back room and rework it. You trim the bud a little bit on some old broccoli, pull anything bad off the flowers, put it in a package, mark it 50 percent off.

Growers are doing the same thing. If buyers reject a shipment of tomatoes because they’re the wrong size, or don’t look right, they aren’t just going to dump ’em. They’ll slice them up and sell them to food service, put them in sauce, whatever they can do.

I feel like the whole organic thing is a case of follow the leader. Stores are responding to other stores, not necessarily consumer demand. “That store has organics so we better get ’em too!” You’ve got these supermarkets advertising in big letters how they’re selling organics and they’ll have like two organic items out of 100.

I opened a store awhile back, offered 101 organic items. We ended up having to throw a lot of it away; it just didn’t hold up as well. I think we shot the gun too early on that one. These days, organic growers have done a better job concentrating on their quality. I just wish retailers weren’t offering them as some kind of gimmick. It would be great if organics were just incorporated into their regular offerings.

I am glad to be a visitor of this perfect website! , regards for this rare information!

I’ve really got a lot of information on farming from your website. It’s really informative.

Thanks for the information. I really liked your blog on the modern farming