Forget beachfront property: Thanks to climate departure, it's time to start looking for your dream igloo somewhere in the Arctic Circle. 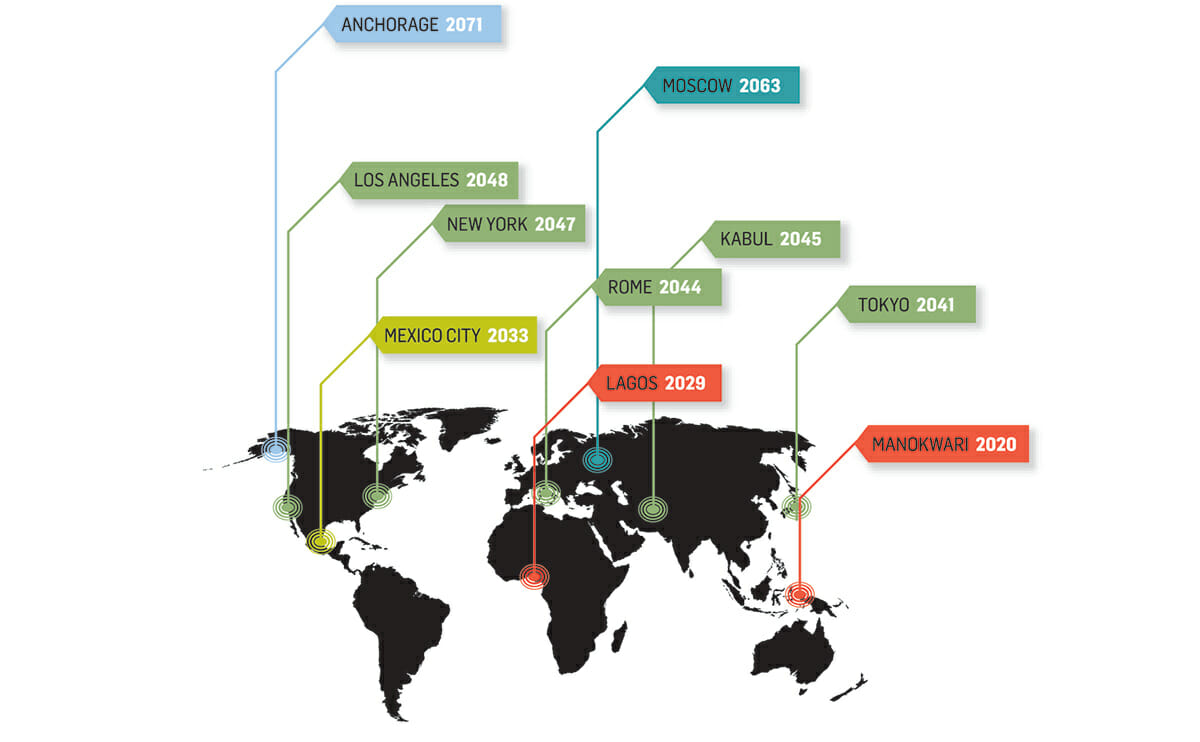 Forget beachfront property: It’s time to start looking for your dream igloo somewhere in the Arctic Circle. (Or if you’d like to build your own, see our guide on how to build an igloo.) Because things are getting hot, fast.

“Climate departure” is a term used by scientists to measure significant shifts in the climate – in specific cities or the world. Departure takes place at a tipping point: “When the coldest year of the future is warmer than the hottest year of the past,” says Camilo Mora of the University of Hawaii at Manoa, head of a team of researchers who published a study on climate departure in Nature this fall.

Mora’s study, which crunches data from 39 different climate models in 12 countries, projects that the climate departure point of the entire Earth is coming in 2047. (See graphic for departure dates of cities around the world.) The tropics will be hit first, says Mora, who farmed soybeans and tomatoes in Colombia in his youth.

That is, unless we do something about it. Significantly reducing carbon dioxide emissions – “we have to stabilize emissions at current levels, and have to start tomorrow,” says Mora – would push back the projected departure date to 2069.