How to Build an Urban Igloo - Modern Farmer
How-To, Lifestyle

How to Build an Urban Igloo

You don't have to make a trip to the Arctic Circle to build your own igloo. Pretty much any snow-filled city park will do. 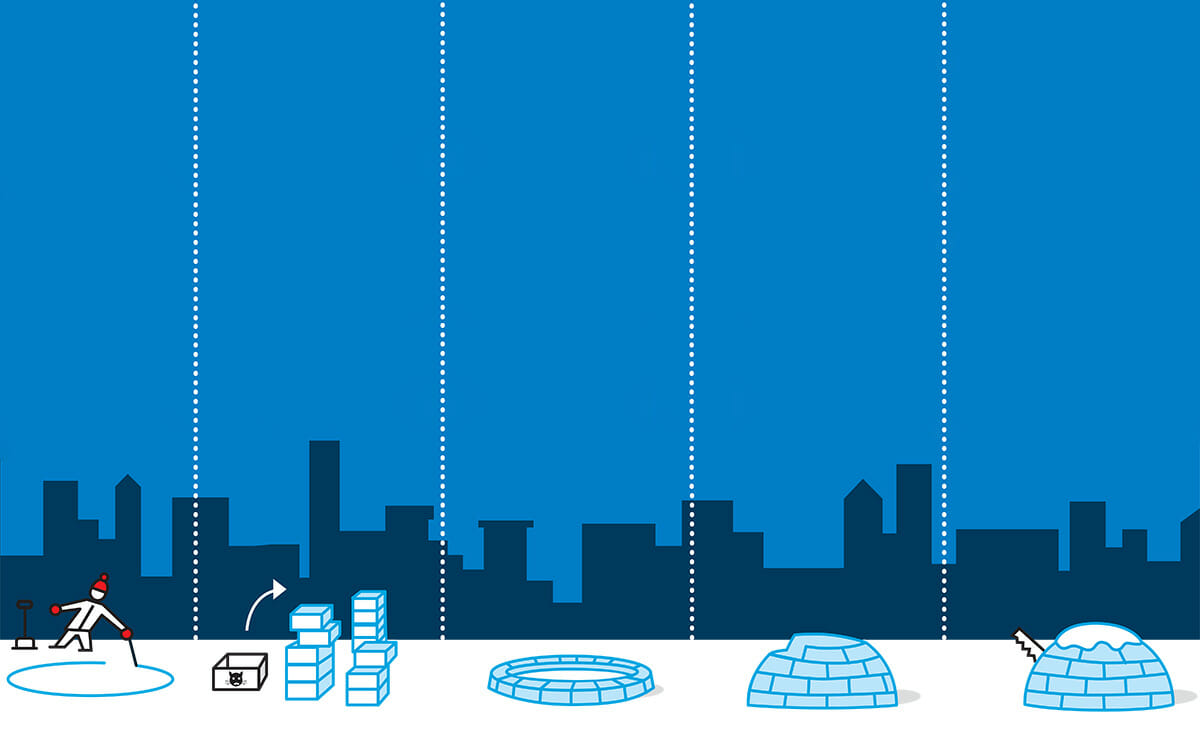 1. Choose and Prep a Site

You need an open spot with a whole lot of snow, preferably a park. To begin, draw a circle in the snow, about 7 feet wide, or large enough for two adults to stand in.

You will need about 150 well-packed, brick-like blocks in order to make your igloo. And unlike in the Artic, you will need to pack that snow yourself.

To do this, use sturdy square buckets (Schleifer recommends empty Purina Tidy Cats 35-pound cat litter containers). Fill them with snow, packing them with tightly with your hands. Turn the buckets upside down and bang on their sides to release the block. Let each brick sit for at least 10 and up to 30 minutes so that they can set and solidify. (“You will be tempted to start building your igloo right away, but you need to resist that temptation,” says Schleifer. “An igloo with a weak foundation will just not work.”)

Start laying down your bricks along the circle you drew in the snow. A stable igloo is not built of multiple rows (like a brick-house), but of one continuous line circling in on itself, like a coiled-up snake. “With this approach every new brick you set is supported by the bricks underneath it and by the brick that preceded it,” says Schleifer. “The bricks should be as tightly spaced as possible. Fill in the cracks with loose snow and try to make sure your ring is fairly level.” Remember to tilt the blocks in just a bit as you build it up in order to create the dome of the igloo.

As you build up, you will need to cut the frozen blocks to fit the curve. Eventually you will be able to cap the whole thing off with a single block. (You should keep your tallest member of the party outside the igloo to help lift the top blocks into position.)

Use a snow saw (Schleifer recommends a Black Diamond FlickLock Snow Saw), or a serrated knife to cut a doorway just large enough to let you crawl in and out. (Be sure to do this step last. Otherwise it’s hard to keep the igloo stable as you build.)