Building a Better Tomato Through the Sense of Smell

How a molecular biologist and horticulturist at the University of Florida is attempting to make mass-produced tomatoes taste better, using the cutting-edge science of how taste and smell interact. 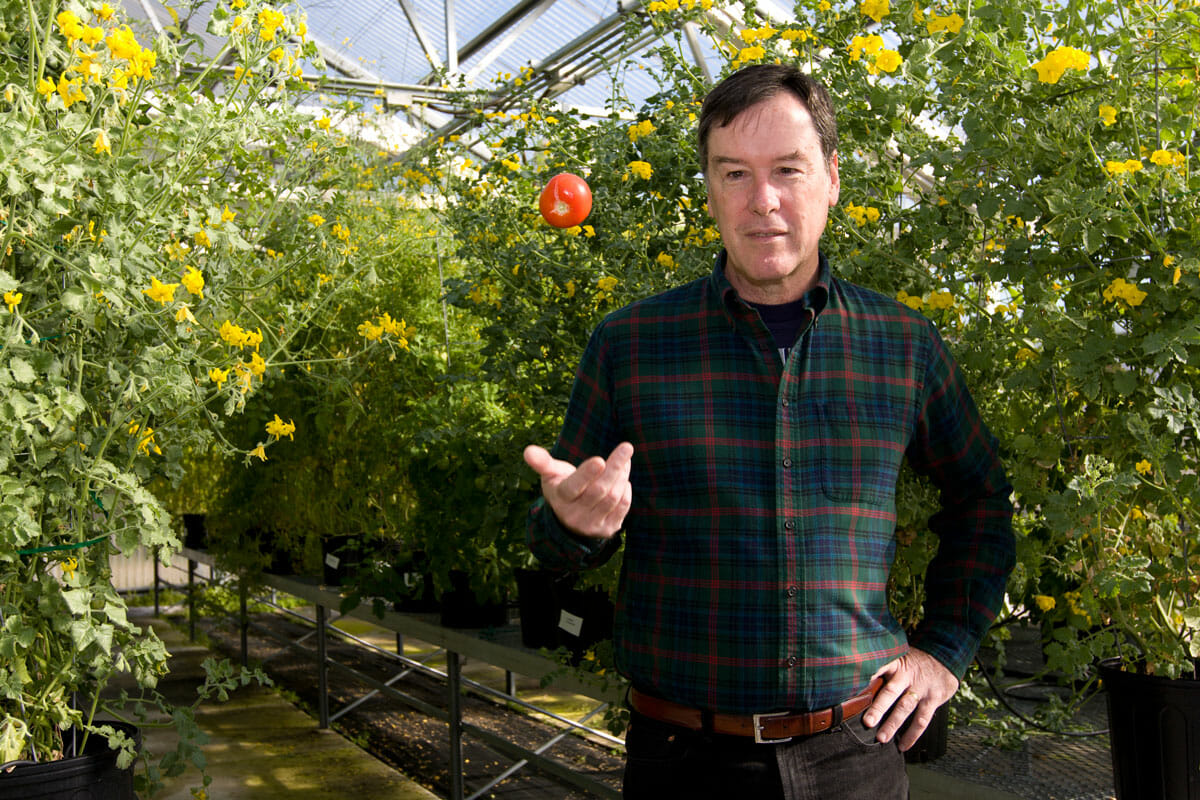 Harry Klee, with his tomatoes.
Photography Courtesy of the University of Florida, Institute of Food and Agricultural Sciences
Share
Tweet
Pin
Email
167 Shares

What’s wrong with the tomatoes we eat now? A few things, Klee explains, giving a rundown of today’s heirloom status quo. Number one is that growers are not paid to produce great-tasting fruit. They are paid for yield, for how many pounds of tomatoes “they put in boxes,” he says, rather than for how savory their product is. For years, tomato breeders focused exclusively on yield, creating varieties that deliver huge amounts of fruit in a very short time. But plants just can’t produce enough chemicals to make all those tomatoes tasty.

“The plant can’t keep up with the fruit load,” Klee says – they’re maxed out. “They only have so much energy.”

The second problem is the post-harvest handling. Most mass-produced tomatoes are refrigerated after they’re picked – and that kills flavor. We think of tomato as a vegetable, but it’s actually a tropical fruit not built to withstand low temperatures, Klee says. Even when picked, a tomato remains a living organism, going through chemical reactions and producing compounds that contribute to its taste. Refrigeration interferes with tomato’s natural ripening – it undergoes a shock it never recovers from.

“It’s like you’re throwing sand into the machines and all the gears are getting gummed up,” Klee says. “That’s a terrible thing to do to a tomato, and everybody knows it, and everybody does it.”

And everyone buys it, too. According to Klee, consumers share the blame for bland-tasting produce to some extent – because they’re willing to purchase it.

“I believe that if the demand was there, the growers would emphasize flavor more,” Klee says.

Yet, the problem isn’t easily fixable. Few people can afford gourmet heirlooms at $6 a pound.

“I wouldn’t pay that much money,” Klee admits.

So what’s the answer? Find a way to make mass-produced tomatoes taste better.

To improve the “industrial tomatoes,” Klee uses the cutting-edge science of how taste and smell interact. A tomato’s flavor comes from a mix of three types of compounds – sweets, acids and volatiles – molecules that we smell. Volatiles can travel through the air letting us detect all kinds of scents – from roses to manure. Volatiles play a vital role in our sense of taste, and can dramatically improve flavor.

Taste is a complex feeling which comes from a combination of your tongue’s receptors and the olfactory receptors in the back of your nose. When you chew on something and then swallow it, the air in your mouth is forced up into the back of your nose, bringing the volatiles to your smell receptors. To make sense of your culinary experience, your brain combines the signals from both receptor types. A certain combination of signals means your tomato is sweet. A different combination means it’s sour or mealy.

To build a tomato people would love, Klee investigated how the fruit’s inner chemistry played on the palate.

“We evaluated 200 different heirloom varieties, grew them and rated them,” he says.

To assess the taste, Klee worked with Charles Sims who runs the consumer lab at the University of Florida and whose research focuses on the quality characteristics of fruits and vegetables. As consumers cast their votes, the team documented which molecular compositions created flavors people liked best. 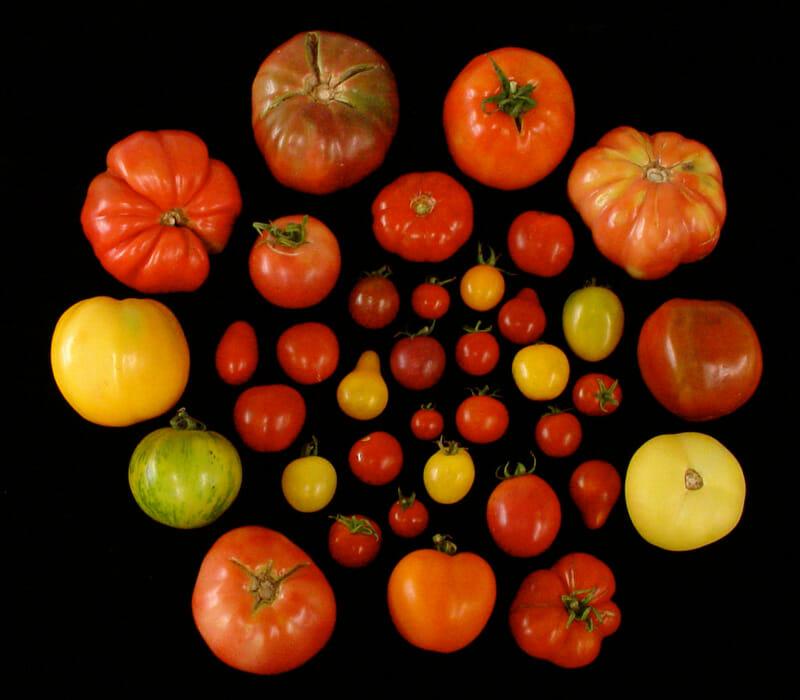 “We can then look at the particular characteristics of those tomatoes – the flavor compounds present, the amount of sugar, et cetera, and determine what characteristics are related to the liking of tomatoes,” Sims explains.

Sweet flavor is important, Klee says, but volatiles can significantly improve the taste. So he focused on the volatiles, analyzing which ones enhance flavor and how plants produce them. His team outlined the ideal combination and amounts of compounds tomatoes should have.

“We were basically able to come up with a recipe for a great tasting tomato,” he says.

But building a fruit to specs isn’t simple. Klee’s creations are non-GMO. There’s no messing with tomato genes – he breeds his varieties through standard breeding techniques, not genetic engineering. That presented practical challenges – how do you bring the good part of the genome such as great flavor without the bad parts of the genome such as low yield and disease susceptibility?

The hybrids, which the team named “Garden Gem” and “Garden Treasure”, came out savory with almost no drop in yield – they deliver about 80 percent of what their commercial cousins produce.

“We needed to extract the good genes without the bad genes,” Klee says.

The team narrowed the original list of 200 to four or five varieties consumers loved and cross-bred them with today’s mass-produced heirlooms.

The hybrids, which the team named “Garden Gem” and “Garden Treasure”, came out savory with almost no drop in yield – they deliver about 80 percent of what their commercial cousins produce.

The next step is to find a seed company to produce and sell the hybrids, and Klee says some retailers are interested. Garden Gem and Garden Treasure will be more expensive than a typical industrial tomato, but still affordable.

“If you are selling heirlooms in the grocery store at $5.00 a pound, you should be able to cut that at least by 50 percent and still make money,” he says, adding that improving tomatoes’ taste will have an important health impact. “People will eat more of them – and that’s a good thing for their diet and a good thing for society.”