With a charismatic ex-conman leading the way, Cleveland hopes to be home to the world's first biocellar, which could help extend growing seasons in the wintry Midwest. 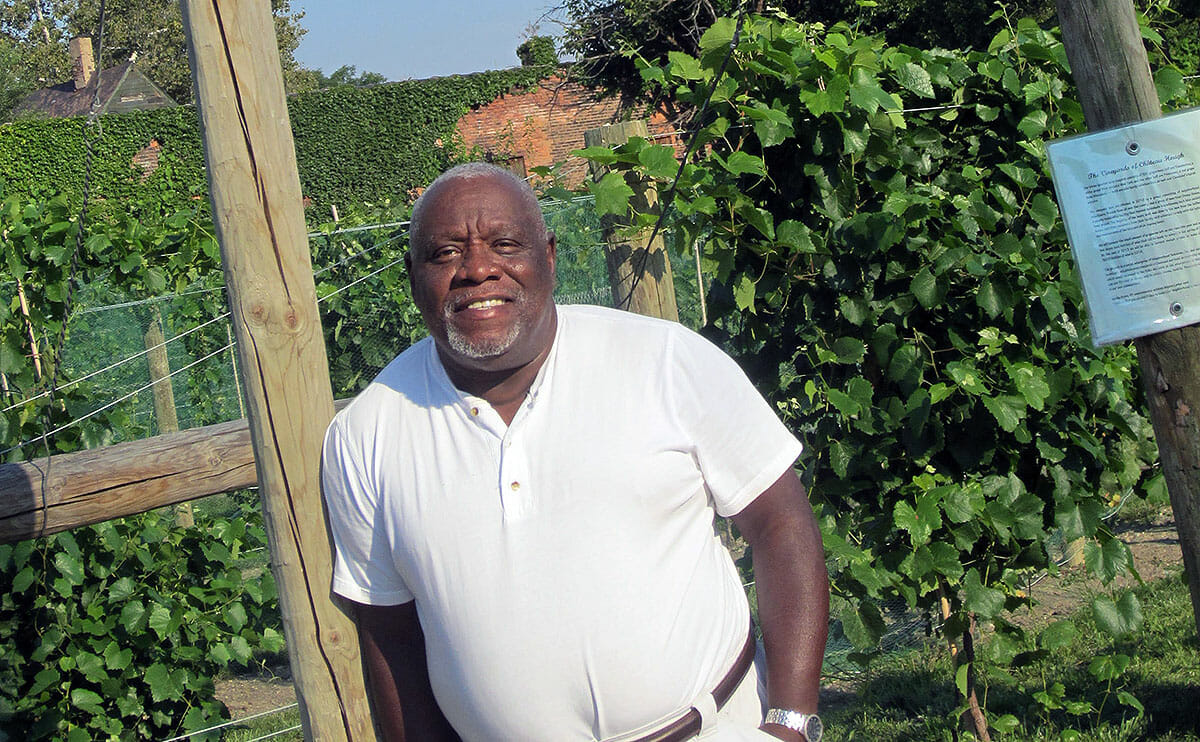 “Alright, who’s gonna be first?” asks Mansfield Frazier, 70, an ex-convict, writer and activist who’s leading the project. He’s teaching the men, who are referred by a halfway house and paid $10 per hour, to cut stone into rectangular pieces. “This is a lost art ”“ ain’t many guys know how to do this except old guys like me. But you learning it.”

Frazier marks the oblong sandstone with a line to square it off and cuts it with a power saw. As a worker tries to emulate his cut, Frazier watches him, part father figure, part foreman, dishing out tough love when the younger man fails to listen. After several attempts, a straight stone is hewn from the block and piled up with the others.

The six guys, all of whom are African-American, seem to listen to Frazier because he’s one of them: an ex-convict who grew up in the inner city. In his old life, Frazier lived as an “outlaw,” he says, using stolen and counterfeit credit cards to spend $10 million of other people’s money in his 29-year run. After being convicted in 1991 of the last of five felony charges and serving a total of six years in prison, he came back to Cleveland and went straight in 1994.

Now he’s helping people in Cleveland’s hard-hit Hough neighborhood to find work after they’ve spent time in prison or gotten in trouble. “My goal is to help get them to a living wage,” he says. “I want them to be able to buy a house and a car and to have a family.”

As he talks, you can still see more than a trace of the self-assured hustler in Frazier’s broad smile. He’s still a charming raconteur at heart, except now he’s telling the truth.

It’s more than just talk ”“ he has already placed six men in good jobs this year, he says, through a nonprofit called Neighborhood Solutions Inc. he launched to help people coming home after being incarcerated. He has a track record, having employed local guys to help plant Chateau Hough, his three-quarter-acre vineyard, which harvested its first grapes this year and will soon begin bottling wine.

The biocellar, which will be complete by next planting season, is a creative solution to Cleveland’s glut of empty homes: a way of reusing old basements while extending the growing season for urban farmers. Basements are insulated boxes built below the frost line, making it possible to grow shiitake mushrooms at $12 a pound with snow on the ground. Solar panels will help provide power, while a cistern will capture rainwater.

“It’s a root cellar crossed with a greenhouse,” explains Frazier. “It’s about growing crops in the wintertime, revitalizing local neighborhoods and creating wealth in the inner city.”

‘He’s a good storyteller, and narrative is the thing that captivates the imagination. You just kind of want it to work.’

The biocellar idea was created by permaculture designer Jean Loria and urban planner Terry Schwarz, who is Executive Director of Kent State University’s Cleveland Urban Design Collaborative. A biocellar, their research showed, could extend the season a month and a half further into the winter than a hoop house or greenhouse, which typically has to be heated in January. The biocellar will stay about 50 degrees.

Yet initial cost estimates showed that it could be pricey to build, as much as $140,000. Schwarz knew the biocellar would only work with the right person leading the charge. Then Frazier, who had attended a workshop about the biocellar, expressed interest.

Frazier was perfect because he could make people believe in it ”“ just as he’d once convinced Vegas casinos he was somebody else. “He’s a good storyteller, and narrative is the thing that captivates the imagination,” she says. “You just kind of want it to work.”

So far, Frazier has raised $80,000 to pay for the biocellar. Grants come from council people, the regional sewer district and an angel donor. He’s also convinced dozens of people to donate time and materials; he says his workers are the only ones getting paid. When mushrooms and other crops are harvested, they will be sold at farmers markets. Frazier says the biocellar will be profitable in the fall, when he reaps his first harvest.

Frazier will be the first to admit that the biocellar is an experiment. Today, it’s a muddy hole in the ground, as if the demolition crew walked off the job without scooping out the basement. The workers are cutting stone to shore up the crumbling foundation. “When they took the joists out, turned out the house was holding the damn thing up,” he says.

When he’s not bottling wine or building biocellars, Frazier writes. In jail, he published a book of essays about the justice system. Editor Tina Brown later tapped him for insight into Bernie Madoff and he wrote for the Daily Beast. He’s also built homes in Hough, a neighborhood most famous for the deadly riots that raged here in the summer of 1966.

These days, Frazier is not any less angry about the racism he claims led him to embark on a life of crime. (In the 60’s, he got turned down for a promotion because his superiors told him his coworkers weren’t ready for a black boss.) Yet he says that the best way to create change in the black community is through creating economic opportunity.

“Why do we as people of color always look to others to solve our problems?” he asks. “Do something.”