In Fallon, Nevada, two local farmers capitalize on the growing market for gluten-free products with teff, an ancient cereal grass from North Africa. 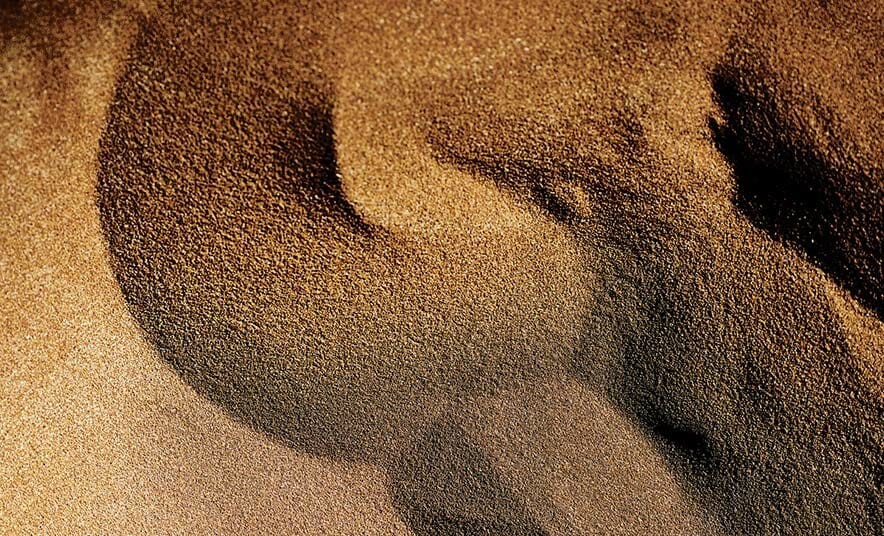 Fallon, Neveda, an 8,500-person town an hour east of Reno, describes itself as the “Oasis of Nevada.” To get there you have to drive down State Route 50, “The Loneliest Road in America.” Doublewide mobile homes, sand dunes and yucca trees soon give way to acres of alfalfa, Fallon’s largest and most important industry for the last century.

But alfalfa’s dominance is now being challenged by a crop that, until recently, nobody here – and few in the United States – had heard of: teff.

Dave Eckert and John Getto, two local farmers with vision and lucky timing, founded Desert Oasis Teff five years ago, and since then the wheat-like grass has proliferated in these parts. Also known as love grass, teff is native to the Horn of Africa and a staple in Ethiopia and Eritrea, where it’s eaten with nearly every meal. It’s served as porridge, fermented into the spongy flatbread injera and brewed into a beer-like beverage. It’s the world’s smallest grain, yielding vastly more seeds per pound (1.33 million) than wheat (15,000 to 17,000).

Teff’s most important quality, though, is what it lacks: gluten. Since Desert Oasis Teff was founded, products free of gluten, a protein found in wheat that many people find hard to digest, have become a $4.2 billion annual market; food companies of all sizes have scrambled to find wheat replacements. It’s a happy accident that Fallon has become the rising star of the country’s small but fast-growing teff business.

A plain, squat office building on the Fallon campus of the University of Nevada Cooperative Extension hosts one of teff’s greatest champions. Jay Davison, a plant scientist, first learned about the crop from Wayne Carlson, who has been growing teff in southern Idaho for decades, selling it to Ethiopian communities and restaurants throughout the U.S. Carlson hoped to expand production into northern Nevada and came to Davison for help.

Thus began Davison’s research. Nevada is the driest state in the country, and this region is dependent entirely on irrigation. Teff, planted in June and harvested in September, demands little water compared to other crops. It’s also an excellent rotation crop for alfalfa, which needs to be fallowed every five or six years.

Davison, who researches crops, including those that aren’t traditionally grown in Nevada, saw an opportunity.

In 2004, he set up a meeting between Carlson and three dozen local farmers and tried to convince them to grow teff. But those were the days before avoiding gluten became a lucrative market, and they balked. Their families had been growing alfalfa for generations, and while not particularly profitable, alfalfa offered stability. “You could grow it in your sleep,” says Davison.

Food companies are scrambling to be part of an annual $4.2 billion gluten-free market. And Nevada farmers want a piece of the action.

Davison ended up planting a test plot with one willing farmer. It did well enough to convince a handful of Fallon’s risk-averse growers to give teff a shot. First, they grew for Carlson, who processed the grain at his factory in Idaho, paying the growers for the weight of the grain that remained after “cleanout” – basically, the amount of grain left once all the chaff, dirt and other seeds are filtered out, which fluctuated wildly. “When these guys would send it up there, maybe one time they’d get an 18 percent cleanout and the next time it’d be 10,” says Davison, over lunch at a busy local cafe. “One time he paid me for more than I sent him,” says Eckert, laughing.

Believing they would make more money independently, Fallon’s farmers broke off and Eckert and Getto launched their business in 2008. The company has grown from the side project of two lifelong alfalfa farmers to producing 600,000 pounds of teff a year. This year, despite widespread drought, Desert Oasis is pushing to nearly double production. But even if it succeeds, demand will outstrip supply. “All of a sudden, it’s just kind of exploded,” says Davison.

Teff has landed on Whole Foods shelves, and so the pioneering Nevada farmers have found themselves at a crossroads.

In April, Eckert and Getto were approached by a broker representing an investment company in the market for gluten-free brands. The prospective buyer wanted to sell their teff to processed-foods companies to make mainstream products. But in order for the deal to work, Desert Oasis had to guarantee millions of pounds of grain. Large companies (Sara Lee was named as an example) need assurance that the supply is reliable enough to invest sizeable research and development dollars in cultivating supermarket-ready, gluten-free teff breakfast bars or whole-grain tortillas. By late July, the deal was off – an inadvertent consequence of the farmers speaking publicly about it. The Desert Oasis pair remains hopeful that other buyers will follow.

Scaling up is the next big hurdle for the farmers, according to Davison, because “what’s going to happen is somebody’s going to jump into it that has enough resources behind them.” Eckert and Getto know that if they don’t meet the demand, someone else will.