Wearing Your Waste: The AgBag Puts Agricultural Waste to Good Use

Sick of seeing "drip tape," the plastic tubing used for short-term drip irrigation, go to waste, Sean Coronis hit upon an idea: weave it into bags. And thus the AgBag was born. 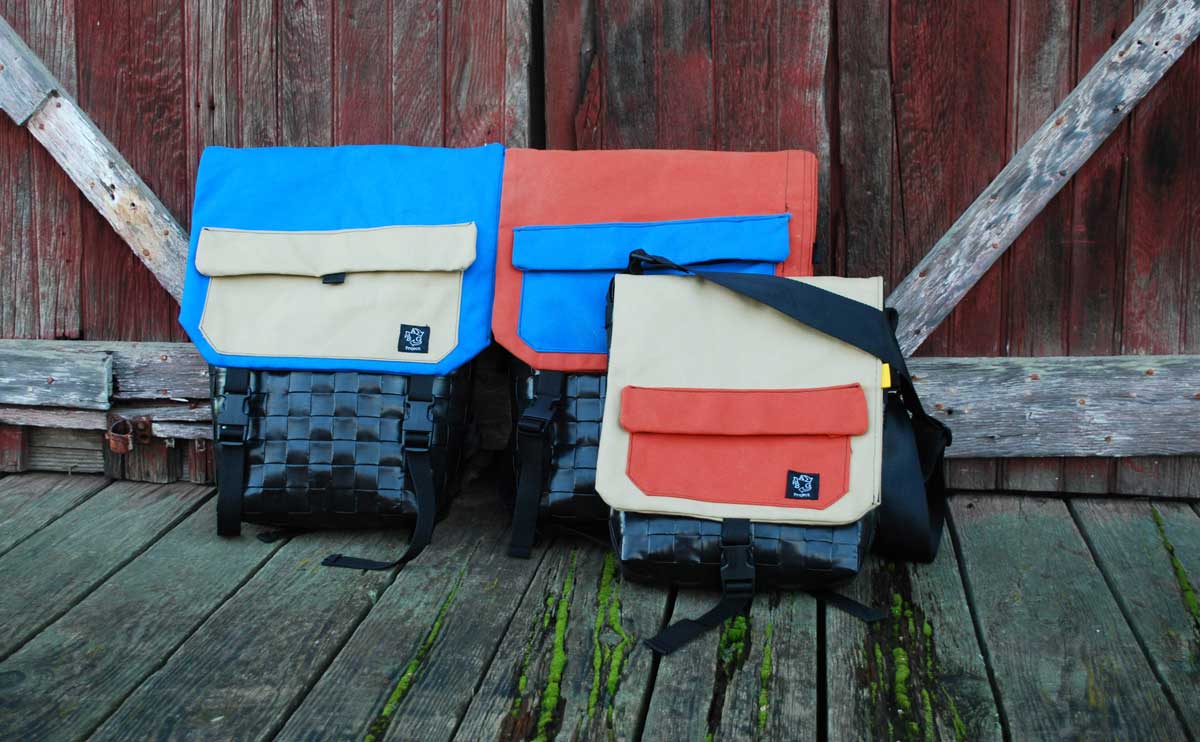 After working on farms around the world, Sean Coronis had seen his fair share of “drip tape,” the plastic tubing used for irrigation in most large farms. Drip tape, also referred to as “t-tape” or “drip line,” is a thin polyethylene plastic that’s used briefly for drip irrigation and is rarely recycled.

“I realized how much we were throwing away every season. It was a little bit disturbing,” said Coronis. “I didn’t know how to utilize this material.”

Then a friend’s mother taught him how to make Adirondack pack baskets (a basket woven from reeds that can then be outfitted with straps as backpack or designed as other styles of carrying sacks). The reeds used in these traditional bags are the same dimension as the drip tape, “and after making one of those it just kind of clicked,” said Coronis.

AgBags are his solution to wasting all that drip tape. Coronis now collects drip tape from farmers around Washington state, and uses it to create AgBag messenger bags and backpacks (and even a wallet made out of the scraps leftover after creating the bags).

We spoke to Coronis about his unusual creation from his home in Orcas Island, just north of Seattle. 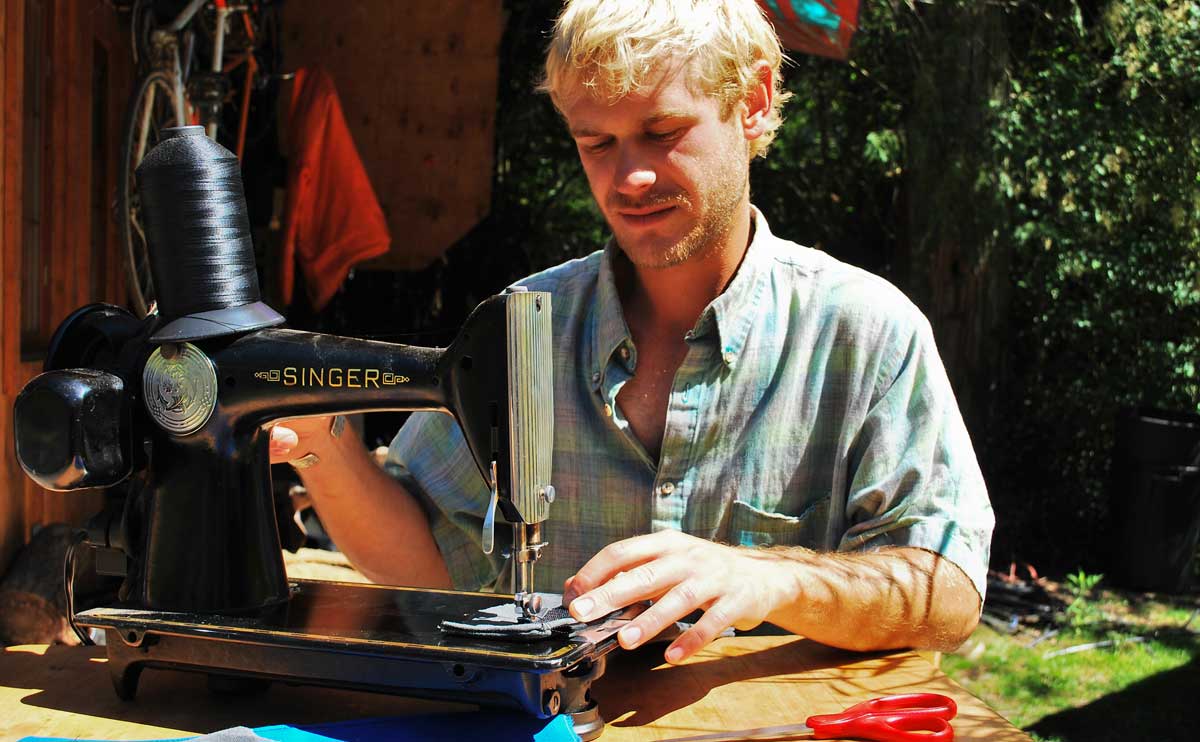 Modern Farmer: How is drip tape normally dealt with after a season on a farm?
Sean Coronis: A lot of time the drip tape ends up in piles in farms, or even worse, tilled back into soil. It’s a polyethylene plastic — No. 4 plastic — not your common recyclable plastic.

MF: How do you go about getting the tape from farmers?
SC: By forming a friendship with farms, and then I visit when they’ve finished the season. I just go when it’s convenient for them. I’m doing them a service and they’re doing me a service.

MF: What’s your background in agriculture?
SC: I worked on farms season after season pretty much after my senior year of high school. My father was a landscaper, and I was always involved with gardening and growing food. Then I traveled to New Zealand for four months with the WOOFing Program (Worldwide Opportunities on Organic Farms). After that, I came out west to Washington State for a management position at an organic farm. And I have an environmental studies degree with concentration in sustainable agriculture from Green Mountain College in Vermont.

MF: So you’re actually using your degree?
SC: This actually is a real synthesis of my degree; I had never really thought how I could combine them. They were just two passions of mine. Making these bags really integrates the sustainable agriculture aspect, and the design and artistic aspects as well.

I am creating bags that people could purchase and then also use to walk around the farmers market and put their locally and organically grown food into. So they are buying food that had been potentially grown with the tubing that was in their bag. I really liked the closed-loop cycle there.

At the moment this is just in Washington. But the potential is huge and it could be national and global, because this material is used all over the world.