Chances are if you learned about gestation crates or antibiotic use in industrially raised animals in the past few years, you have Robert Martin to thank in some way. Martin was the executive director of the commission on the Pew Industrial Farm Animal Production report in 2008. You might not have heard of the report, […] 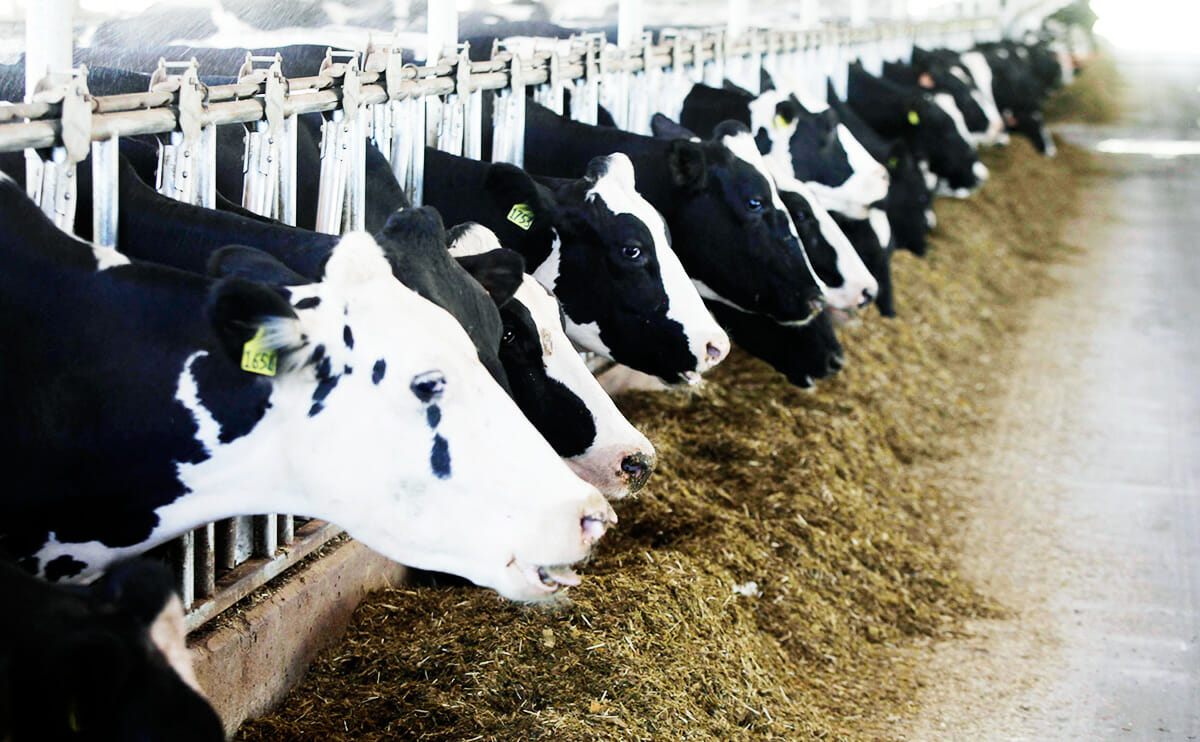 Chances are if you learned about gestation crates or antibiotic use in industrially raised animals in the past few years, you have Robert Martin to thank in some way. Martin was the executive director of the commission on the Pew Industrial Farm Animal Production report in 2008. You might not have heard of the report, titled Putting Meat on the Table: Industrial Farm Animal Production in America, but you, your meals, or perhaps your livelihood have been impacted.

“I think what we found was the report was a strong catalyst for dialogue and discussion about the issues,” said Martin.

Five years after the report was released, Martin is now a senior policy advisor for the John Hopkins Bloomberg School of Public Health’s Center for a Livable Future (CLF). Martin, along with the CLF, is looking back and assessing the impact of the original recommendations. They plan to give an analysis of their ongoing relevance to the industrial farm animal system in the fall.

“The report marked a milestone in our collective understanding about the impacts of food production choices,” wrote Anna Lappe in an email to Modern Farmer. Lappe is an expert on food systems and a sustainable food advocate who’s authored three books on such topics. “Through a science-based approach to its research and analysis, the report laid out the undeniable consequences of industrial animal production, including increasing antibiotic-resistant bacteria, air quality problems, contamination of waterways, and animal welfare abuses.”

It was this science-based approach that caught the attention of the mainstream press and helped push the recommendations towards policy. This wasn’t a fringe or advocacy group raising alarms. The commission included members from a variety of backgrounds including ranchers and farmers, the president of a large food producer, and a former agricultural secretary. “We were based on science, and we had a lot of public health and infectious disease people also on the commission. I think it had a little more gravitas when the commission said it,” said Martin.

The attention wasn’t all positive, though. Some large farmers and industrial food providers wondered how they could make these changes and remain profitable.

“Agriculture’s not a monolith, and there’s been an interesting mix of reactions to the original report,” said Martin.

“I worry…we’ll end up becoming a dumping ground for the waste and health problems to feed the Chinese population’s fairly insatiable demand for pork.”

To smooth out the issues farmers had over the recommended changes, Martin went all over the country to discuss the report. He stressed that the commission didn’t want to be disruptive of the industry, and recommended a 10-year phase-in to allow producers an opportunity to make the changes incrementally.

Regarding sustainability and economic feasibility “our broad conclusion was that the large intensive operations [like factory farms] were not sustainable, and that they represented an unacceptable level of threat to public health, damage to the environment, were harmful to the animals housed in the most restrictive confinement systems, and depressed economic activities in communities where they were housed,” said Martin.

Overall, “the reaction was a little weary, maybe borderline hostile, before I would get a chance to talk to them about the reasoning for some of the recommendations. But by the end, unless they were really tied to the long intensive-style of farm animal production, they would come away saying, ‘This really makes sense,’” said Martin.

Then there are those who have been unfailingly supportive of the report. Those who support battery cage bans in California and elsewhere owe the report a debt of gratitude, for starters. The same can be said for the state-by-state bans of gestation crates and veal crates.

“One important strategy is going state by state,” said Martin.

But policy has also been introduced on a larger scale, particularly in regards to antibiotic use. New guidelines for antibiotic use to treat animal production, based in part on the report, are currently “grinding” through the FDA’s Center for Veterinary Medicine, said Martin.

The Obama administration has met with farmers and producers on concerns over lack of diversity in species and anti-trust laws; the report is a constant topic of conversation.

As government slowly moves on these recommendations, new issues have arisen. Research on diseases spreading through concentrated animal farms was only given a few paragraphs in the report. A year after the report was released, a swine flu spread epidemic spread from a large concentration animal feeding operation in Mexico. “That was exactly what we were concerned about,” said Martin.

There’s also new trend of co-locating large poultry operations in North Carolina near swine operations, said Martin. Most of them are in the flight path of migratory birds. “That is just a powder keg.”

Another recent change: the report only looked at production in the U.S., though the U.S. farming model is currently being exported to Eastern Europe, China and India, and international commerce is growing increasingly interwoven.

“I’m very worried about the purchase of Smithfield by a Chinese company,” said Martin. “I worry about how these very intense operations will expand to meet the export demand [of China], and we’ll end up becoming a dumping ground for the waste and health problems to feed the Chinese population’s fairly insatiable demand for pork.”

“The waste will stay here and the antibiotic resistance bacteria and other pathogens will stay in our population,” said Martin. “We’ll get the poop end of the stick.”

There is no plan for new industrial farm animal report.