Wine With a Side of Pesticide - Modern Farmer
Food & Drink

Wine With a Side of Pesticide

A lobby group says France is Europe's number one consumer of pesticides. 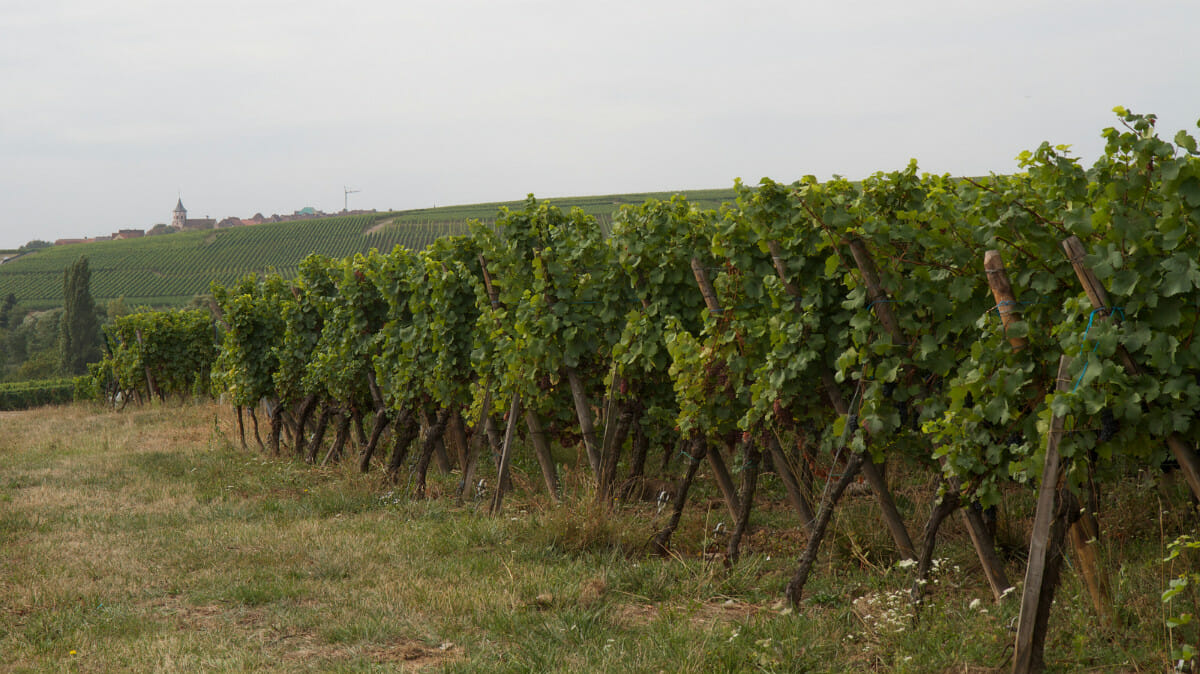 French staples such as the morning croissant, a lunchtime glass of wine with steak and chips, or even the ubiquitous baguette with after dinner cheese, are all being fingered as the cause of high chemical residue levels in the country’s population.

A report, published at the end of April by France’s Institute for Public Health Surveillance (InVS), found French people have higher levels of certain chemical residues than either Americans or Canadians.

It’s the first time France’s government has measured the level of environmental pollutants in its population and sources of contamination point to all the main food groups including grain-based products, such as croissants and bread, as well as fruit, vegetables, fish, meat and dairy products. Even France’s famous wines are flagged as carriers of chemical contaminants.

The report says “chronic exposure” to such contaminants can have “suspected health effects” causing cancers, endocrine disorders and fetal and childhood development problems. Elsewhere, such contaminants are linked to diseases such as Alzheimer’s and Parkinson’s.

The main chemical categories covered in the 178-page document are non-dioxin-like polychlorobiphenyls or PCBs ”“ once common in electrical coolants, paints and inks and food production – as well as three pesticides groups: organochlorine, organophosphorus and pyrethroid.

Among other discoveries, the report says French levels of PCBs, found in meat and dairy products, as well as fish and shellfish, are five times higher than those of Americans. The report notes that although PCBs were banned in France in 1987, they are extremely stable compounds that persist in the environment and accumulate in the food chain. The use of many organochlorine pesticides is also now limited, the report said, but they too remain.

Levels of the different substances in the population were extrapolated from samples of blood, hair and urine taken from about 400 French people, aged 18 to 74, in the years 2006 and 2007.

Contamination levels for the different substances were linked to factors including age, the use of insecticides in the home, home-vegetable plot treatments, pet products and living near a vineyard.

Although the report proposed no actions it said the findings would help guide public health priorities and determine which population groups ”“ such as women of childbearing age ”“ were more at risk.

The report’s author, Nadine Fréry, said in a telephone interview that the results showed both the benefits of bans on older pesticides and raised concerns over the use of newer ones such as pyrethroids. While programmed reductions were already part of France’s agricultural plan, she said the French could do a lot to reduce domestic consumption of treatments for vegetable plot, for example, or pet treatments against ticks and fleas.

Asked why France’s food and wine is so contaminated Francois Veillerette, a spokesman for the anti-pesticide lobby group, Future Generations, said the main problem was the country’s intensive agriculture policy, which favors high yielding crops over disease resistant ones. Wine, he said, because of the number of treatments used on the vines, was a particularly suspect source of contamination.

The lobby group says France is Europe’s number one consumer of pesticides, with 62,700 tons sold in 2011. It also says the most used vineyard treatments are anti fungus chemicals, generally used for preventing mildew ”“ a mould that grows on the vines. Mildew was a difficulty for Bordeaux’s winegrowers during the 2011 and 2012 vintages, both of which were warm and damp. Solutions to the overuse of pesticides include using different plant varieties and organic farming, Veillerette said. In the case of wheat, one of the simplest solutions would be for the French to sacrifice a small amount of volume for a greater amount of disease resistance.

“More disease resistant crops would only cut wheat yields by 10 to 12 percent, and whatever farmers lost financially on lower yields they would gain on the reduced cost of fertilizer and other treatments,” he said. Veillerette also believes that lowering yields would not pose a threat to French food security. “We already export about half our wheat crop, so we would just export a bit less.” Tests carried out in November last year by Future Generations found numerous cancerous agents and suspected endocrine disruptors in hair samples taken from French vineyard workers.

“We have a little country that wants to produce a lot of food,” said Veillerette, “So we have prioritized intensive agricultural techniques that require a lot of chemicals.”