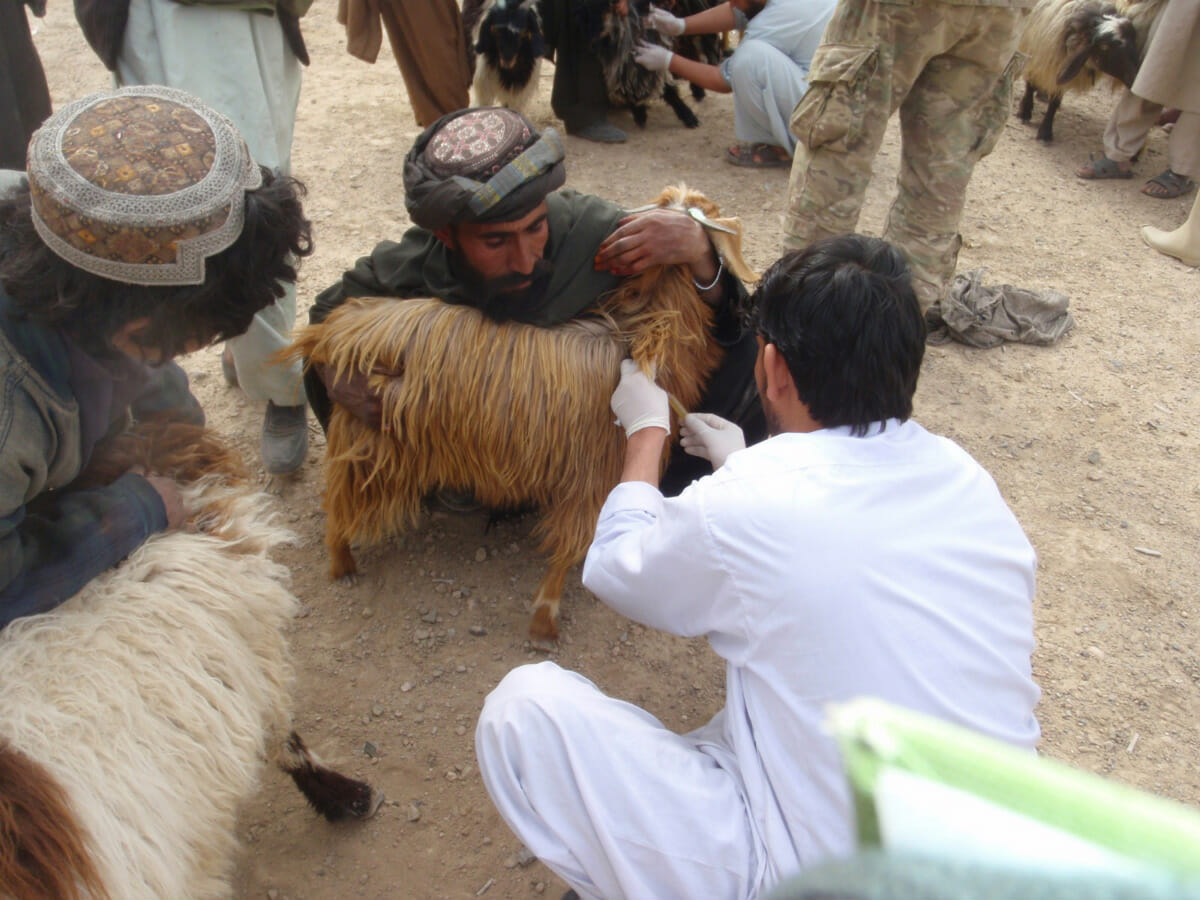 But Colonel Eric Ahlness, commander of the Minnesota National Guard’s Zabul Agribusiness Development Team, or ADT, brought his unit to an Amish farm.

The goal? To wrap their minds around the constraints of farming without modern mechanizations. “I wanted us to begin thinking in a different way,” Ahlness explained.

After all, when Ahlness and his team arrived in the Zabul province of Afghanistan in the fall of 2011, they were there on a unique mission: to work with local government and the local farmers, the majority of whom had no access to modern amenities of any kind. Their task – to help rebuild a sustainable agricultural economy in a country long torn apart by war – bridged the gap between hope and conflict.

“We asked ourselves with every decision: If we do this, will the Afghans be able to sustain it when we’re gone?”

Ahlness, who grew up in a farming community in southwest Minnesota, has worked full time for the National Guard since 1986. But this mission was different, beginning with the selection of the volunteer team, which included twelve soldiers with previous agricultural expertise. “In everything else we do in the military, you’re asked to leave civilian skill sets behind,” Ahlness said. “But here I could pick twelve individuals based solely on civilian skills.” Rank didn’t matter. Neither did military branch. What Ahlness needed was a group that could make a difference, one that could tackle problems big and small, alone and together, a group with knowledge of livestock and soil, water and fertilizer, pesticides and bees.

Once selected, the small team, which would be joined by both support and security staff, spent a week at North Dakota State University boning up on all matter of agriculture, including raising beef, growing alfalfa, and keeping bees. They also traveled to California to learn more about the Afghani orchard crops, such as almonds and grapes, unfamiliar to the many native Minnesotans. They gained access to a handful of Amish farms near Utica through the connections of a local team member. There, they spent days observing everything from how the Amish cared for goats to how they used machinery, how they bypassed the need for electricity to how they operated a greenhouse with wood heat alone. “We asked a lot of questions,” said Ahlness.

Despite the training, when they arrived in Afghanistan, the team realized the hurdles they’d face – large ones. “We stepped back in time,” said Major Cheryl Wachenheim, a professor of agriculture and livestock at North Dakota State University and member of the National Guard since 1998.

The farms they began visiting in Zabul consisted of what Wachenheim considered little more than backyard kitchen gardens. There was little mechanization. No tractors. They didn’t use fertilizers, and only some limited pesticides. Most things were done by hand. After 30 years at war, the region had lost a generation of farmers – and farming knowledge. “The agriculture itself is a very hundred years ago kind of agricultural,” said Wachenheim. “The whole infrastructure that supports our agriculture here in the U.S. – all those everyday things, regular markets, reliable transportation, cash flow – none of that exists there.”

Over the course of ten and a half months on the ground the Minnesota ADT team completed more than 800 missions, side by side with local coalition forces and the Zabul Province Department of Agriculture, Irrigation, and Livestock (DAIL). They worked to bypass the need for crops that require refrigeration, encouraging other high value crops like almonds, or drying apricots and grapes. They conducted soil analysis and looked closely at the local techniques for watering crops, battling long-held lore. One member of the team worked to reintroduce an Asian bee population, which could better withstand both the local predators and diseases than the European bee population already in place. They helped the DAIL organize a veterinary seminar, animal inoculation program, and open a slaughterhouse. The female soldiers in the unit worked closely with local Afghan women, mentoring and in some cases encouraging their own entrepreneurial ideas such as managing a small goat’s milk yogurt operation.

Though the agricultural experts were split into seven different locations within the province, they did have help from home. Experts at North Dakota State University and UC Davis were on hand to analyze photographs – are the bumps on this walnut tree fungal or insect related? – and problem-solve from a distance. “I was all alone,” said Wachenheim, “but not really.”

Myths remained pervasive – on when to irrigate crops, how to save water, on when to prune grape. Change was fraught with unease. “There was a cultural reluctance to leave what keeps them alive,” explained Ahlness. “I mean, they have a process, and it might not be very good, but they have no safety net. If the crop fails, people will perish. They are distrustful of making changes.”

Throughout the deployment, Ahlness concentrated on the future. Knowing that the U.S. would soon be pulling out of the war in Afghanistan that had now raged for more than a decade, he wanted to make sure the locals took the lead – and kept it. “We asked ourselves with every decision: If we do this, will the Afghans be able to sustain it when we’re gone?” said Ahlness. “If the answer was no, we wouldn’t move forward.”

The momentum they sustained while deployed followed them home. Staff Sergeant Amy Monson, who deployed as a medic in the support staff, decided to switch careers while in Afghanistan. “It was a full, dramatic change,” she said with a laugh. Today, she has four semesters left of an agricultural degree at North Dakota State University. After graduation she hopes to teach another generation of hopefuls how to farm.