Jorge Mendes Ribeiro Filho, Brazil's Minister of Agriculture, Livestock and Food Supply, believes his country should be a global breadbasket - "the main source of the world's food.” 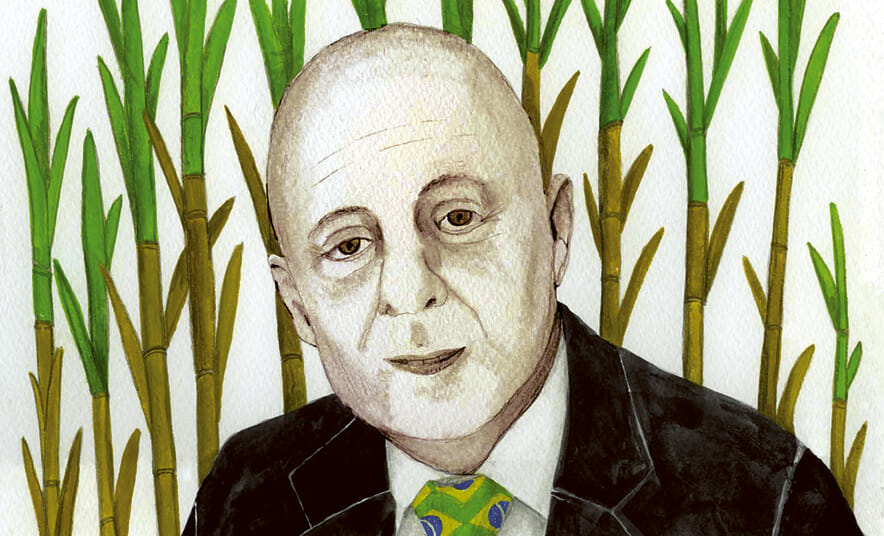 Brazil at a Glance

Jorge Mendes Ribeiro Filho, Brazil’s Minister of Agriculture, Livestock and Food Supply, believes his country should be a global breadbasket – “the main source of the world’s food.”

This is more than a pipe dream. Brazil is already the top global exporter of sugar and soybeans, among other products, and counts China, the United States and the European Union among its major trading partners. But the nation’s potential rise to agricultural superpower is not without obstacles. Ongoing environmental and societal issues that include deforestation and ecological destruction continue to test Filho’s problem-solving abilities.

“The challenges are immense,” admits Filho, who took office in 2011 after the former minister resigned amid corruption allegations. “The search for more resources at the lowest prices, for agricultural security, for health standards – these have all been constant challenges since I took over, and we are putting them into practice.” 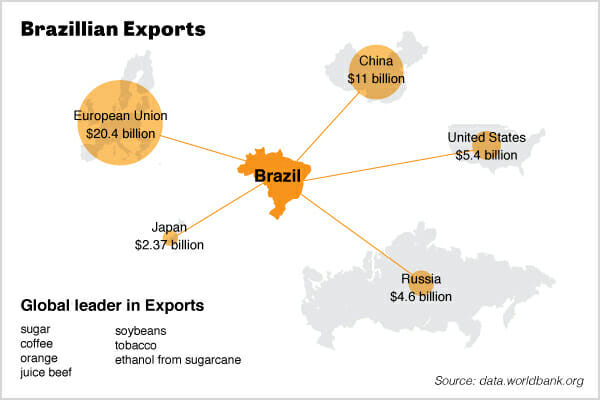 While deforestation in the Brazilian Amazon is at its lowest peak in decades, the pace of agribusiness expansion in the inland savanna known as the Cerrado, located mainly in the states of GoiÁ¡s and Minas Gerais, is quickly offsetting any positive achievements in the rest of the country. The rate of ecological destruction in the Cerrado is twice that of the Amazon. The Brazilian government seems to be working towards a middle path between agricultural growth and its resulting deforestation. It is working to reduce greenhouse gas emissions through such programs as the Low-Carbon Agriculture Program, which was launched in 2010 to provide low-interest loans to farmers for agroforestry and other sustainable practices. According to Filho, farmers and cooperatives received around $420 million between July 2011 and April 2012 through the program.

“Our intention is that agroecology becomes an effective policy, and we are working towards that,” says Filho. “Our National Policy for Agroecology and Organic Production aims to increase the number of families involved in the production of agroecological products and encourage their consumption.”

And according to Dr. Francisco Luiz AraÁºjo Câmara, a professor at the College of Agrarian Sciences at the University of the State of SÁ£o Paulo, Filho backs his words with action. The Brazilian government “supports and stimulates small farmers, especially agroecological farmers” who farm using organic, biodynamic, natural and permacultural techniques. 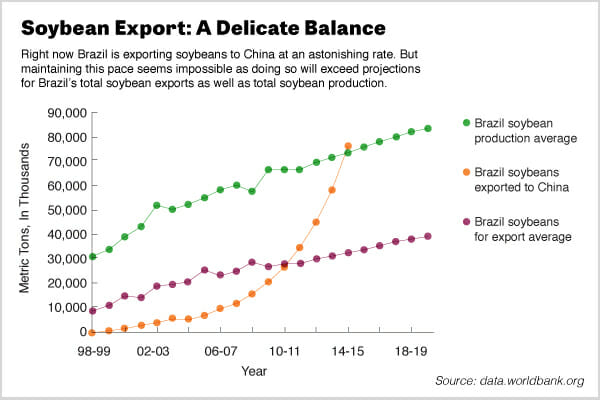 “There are several government programs related to small farmers covering production, research, technical assistance and others,” he tells Modern Farmer.

Still, while the government has initiated these smaller alternative-production programs, more money is funneled into traditional farming – $57 billion in credits in 2012 – that includes genetically modified crops, the most prevalent being in soy production.

The issue of whether the government should be supporting genetically modified crops remains contentious. Câmara, who is also the director of the Biodynamics Institute and of the Organic Production Commission of SÁ£o Paulo, says that when scientific findings about the disadvantages of transgenic produce are ignored, “the whole ecosystem suffers.” Currently, close to 89 percent of all soy produced in Brazil comes from genetically modified seeds. Additionally, modified soy is prevalent in cattle feed used both at home and abroad.

Filho argues that food production is covered by very strict legislation, and while Brazil is “advancing in the production of GM foods, we will guarantee they are safe.” While the country gives great importance to such crop production, it is also “prioritizing environmental preservation.”

“If people know what they are eating, then there is no reason to stop production. The question is how to inform people about what comes in front of them on the table,” he says. “There has to be quality control.”