EPA Reverses Course, Will Allow Use of Pesticide Paraquat

An interim decision would allow the aerial use of paraquat. 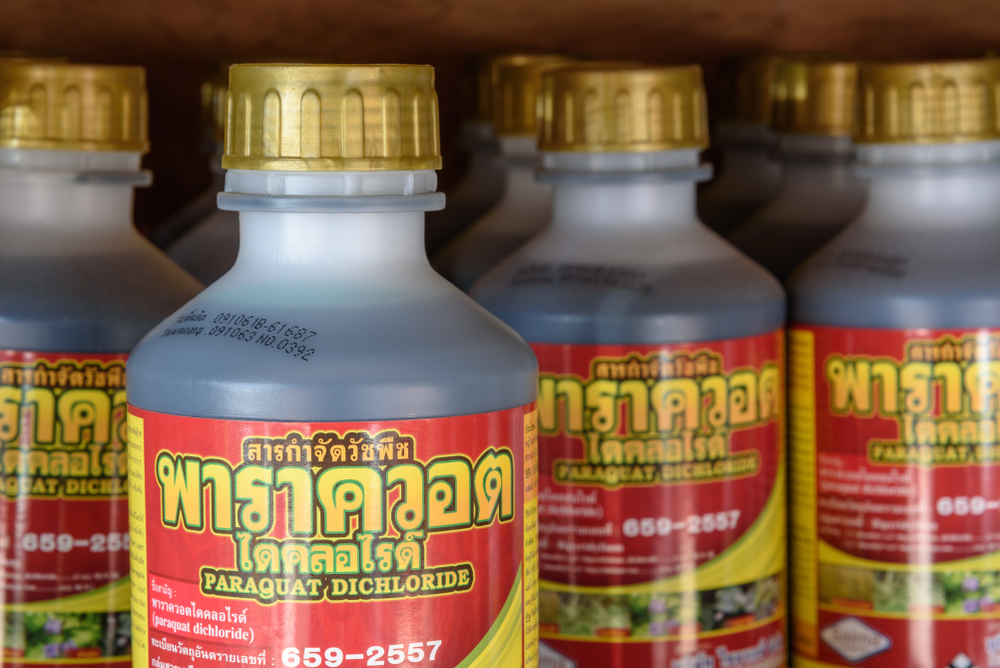 Under the Trump administration, the Environmental Protection Agency (EPA) proposed some severe bans on the pesticide paraquat, including banning almost all application except for the aerial use as a desiccant for cotton fields. But this week, citing new research and a review process, the EPA released an interim decision that would allow more use, albeit with a few restrictions.

Paraquat is a highly effective herbicide; it works by inhibiting photosynthesis, and it is an extremely quick and broad-ranging killer of all kinds of weeds and unwanted plants. That effectiveness has made it very popular. According to the EPA, about 8.5 million pounds of paraquat are used each year, primarily on soy, cotton and corn. It’s also used on peanuts, grapes and pistachios.

Paraquat is extremely toxic if ingested. Roughly two teaspoons is fatal to an adult human, and regulations have long required that paraquat (which is not available for home use) be dyed bright blue and given a strong odor, so nobody mistakenly drinks it. Despite those efforts in the US, in many countries, paraquat is a very popular suicide tool: it’s cheap, widely available and at least as effective at killing humans as it is at killing weeds. It’s also highly toxic to other mammals and birds.

More recent research, which prompted the Trump-era proposal, has indicated a connection between paraquat exposure and Parkinson’s disease. As a result of that connection and the overall toxicity of the product, paraquat has been banned in the European Union since 2007, and other countries, including China, have followed suit.

But the EPA decided otherwise. The agency conducted a review of studies and decided that paraquat does not cause Parkinson’s. “Based on the findings from these studies, it was concluded that there is limited, but insufficient, epidemiologic evidence to conclude that there is a clear associative or causal relationship between occupational paraquat exposure and PD,” the decision reads.

So where do these studies and the new data that resulted in a change in the rules regarding paraquat come from? The decision said the EPA “has incorporated new data generated by the Agricultural Handler Exposure Task Force (AHETF) regarding levels of exposure to occupational handlers using closed loading systems.”

The AHETF is a consortium of chemical corporations that the government asks for data sometimes. It includes all the big agrochemical companies: Bayer CropScience, Dow/Corteva, BASF, Syngenta and AMVAC Chemical Corp. Syngenta and AMVAC both make and sell lots of paraquat. On the one hand, theoretically, these companies have lots of data on paraquat. On the other hand, these companies have a significant financial interest in keeping paraquat on the market.

The new rules will prohibit, as the previous proposal did, application of paraquat with backpack sprayers or really having anyone on the ground when paraquat is being sprayed. Unlike the previous proposal, it does allow aerial spraying, with a few restrictions about buffers from residential homes and the use of fully enclosed cabs. Only 350 acres per 24 hours can be sprayed, although there’s no limit at all when it’s being used to dry out cotton fields.

In a press release, Nathan Donley, environmental health science director at the Center for Biological Diversity, wrote: “Instead of banning a weedkiller linked to Parkinson’s disease in farmworkers, reproductive harm in small mammals and increased death rates for birds, this administration is bowing to the wishes of the chemical industry and allowing it to be sprayed on crops from the air. This is a huge step in the wrong direction for a president who insists he’s prioritizing both environmental health and environmental justice.”

The rule, although still listed as an interim decision, is essentially finalized. According to Emily Unglesbee at DTN Progressive Farmer, it still has to go through an endangered species assessment and an endocrine study. Then it will be permitted to be sprayed from the air.