This L.A. Bar Created 31 Cocktails That Are an Ode to Seeds - Modern Farmer
Recipes

This L.A. Bar Created 31 Cocktails That Are an Ode to Seeds

A new crop of drinks at Redbird channels plant catalogs and honors the preservation of flavor.

Growing up in a family of gardening enthusiasts, Tobin Shea recalls devouring the pages of seeds, flowers, fruits and vegetables every time his grandparents received a new issue of the Burpee seed catalog. “I was always fascinated with gardening and being able to enjoy the fruits of one’s labor,” says the bar director at Redbird, a 120-seat Modern American restaurant in Los Angeles. “I’ve always felt inspired by the catalog’s mission to encourage subscribers to grow their own produce at home.”

You might say it was kismet when chef Neal Fraser and owner/operator Amy Knoll Fraser added a 6,000-square-foot garden to Redbird and the adjacent Vibiana, a former cathedral owned by the couple that they’ve turned into a performing arts and event space. Designed in a minimalist modern style by L.A.-based landscape designer, horticulturist and certified arborist Kathleen Ferguson and planted on land shared with the Little Tokyo Branch Library, the garden is used to grow seasonal produce, such as passion fruit, Japanese plums and honeynut squash, for the kitchen. It is surrounded by Manzanillo olive trees and uses a sustainable Aquaponics system.

Creating a garden like this was a lifelong dream for the Frasers. To celebrate their first growing season and harvest, Shea created The Plain Truth About the Best Seeds, a collection of 31 cocktails in a menu designed by Anette Shirinian and illustrated by Erin Elise O’Brien. “Our guests spend a lot of time looking through our menu and choosing cocktails based on the illustrations they like best,” says Shea. “Guests even try cocktails with spirits that they wouldn’t ordinarily drink because they love the illustrations so much.”

The libations also give a nod to the process of distillation. Shea calls this “the original farm-to-table method of preserving produce, allowing you to capture flavors that are sometimes available only two or three months of the year, during their appropriate season.”

Obviously, plenty of that garden bounty goes into these drinks, including strawberries, kumquats, mint, lemon, rosemary and passion fruit. One of the most popular drinks is honeysuckle, a variation of an old-fashioned that pairs the sweet corn and vanilla flavors of bourbon with stone fruit notes from the Hungarian sweet wine Tokay. The honey for the drink is procured from urban hives on Redbird’s rooftop. 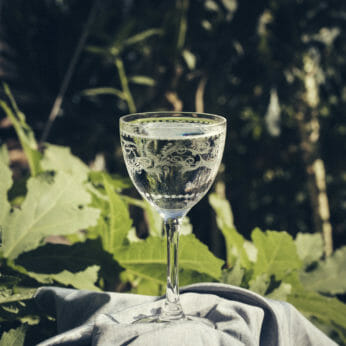 Queen Anne’s lace is the white flowers that grow above wild carrots. In liquid form, it becomes a martini riff with gin, akvavit, dry vermouth and mastic liqueur. Carrot eau de vie and carrot bitters (from garden vegetables) lend more of a subtle flavor than carrot juice, which Shea says can be overwhelmingly vegetal.

For the tiki-esque Scotch bonnet — named for the pepper used in jerk and other Jamaican cuisine — the seeds and pulp are blended into a syrup and shaken with two kinds of Scotch whisky, Falernum, lime, grapefruit and a spicy tincture.

Cocktails on The Plain Truth About the Best Seeds menu will be available until the end of summer, just in time for the late-season bumper crop. Shea hopes they will continue to appeal to green-thumbed diners and inspire would-be gardeners. “Fresh ingredients really make a difference and go a long way,” he says. 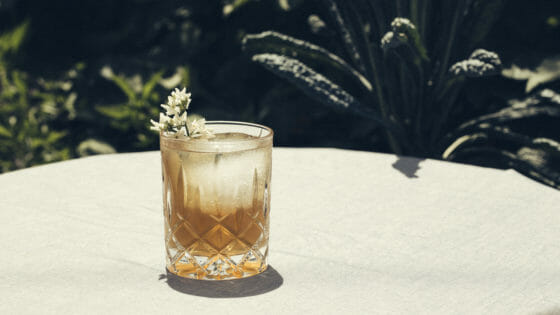 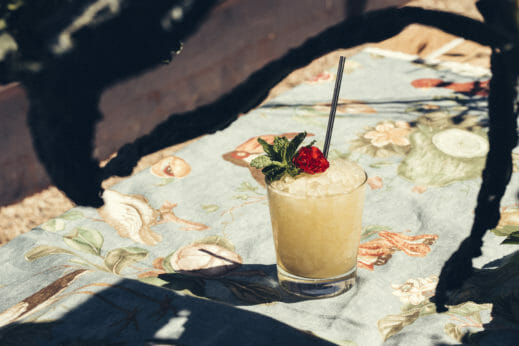 Popular
7 Smokable Plants You Can Grow That Aren’t MarijuanaBrian Barth
New Solar Panels Allow Farmers to See the LightNaoki Nitta
6 Differences Between Llamas and AlpacasAndrew Amelinckx
The Cold Swim HomeMarcie Callewaert
Goat Sex: Everything You Wanted to Know But Were Afraid to AskAndrew Amelinckx
Explore Modern Farmer
Related
Lifestyle
The Modern Farmer Ode to Seed CatalogsBrian Barth
Food & Drink, Recipes
Good Taste To Go: Pre-Mixed Cocktails To Try NowModern Farmer
Plants
Seed Saving 101: 10 Things to Know If You Want to Start...Modern Farmer
Food & Drink, Lifestyle
Joint Ventures: How The Weed and Wine Industries Are Working TogetherElla Buchan
wpDiscuz
We use cookies on our website to give you the most relevant experience by remembering your preferences and repeat visits. By clicking “Accept”, you consent to the use of ALL the cookies.
Cookie settings ACCEPT
Privacy & Cookies Policy