Is It Time for a Second White House Summit on Food? - Modern Farmer
Food & Drink, Politics

Is It Time for a Second White House Summit on Food?

The first took place a half-century ago and changed the trajectory of hunger in America. 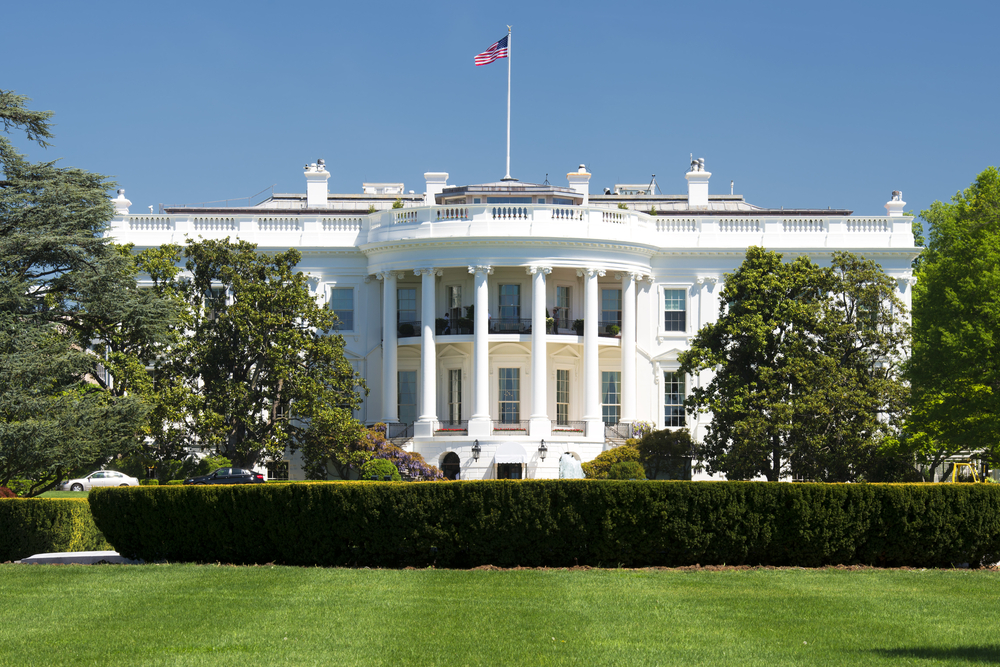 There hasn't been a White House food conference since 1969. Could another one be on the horizon?
Photography by Andrea Izzotti/Shutterstock
Share
Tweet
Pin
Email

Sen. Cory Booker is still a relative newbie on the Senate Agriculture Committee, but that hasn’t stopped the New Jersey Democrat from thinking big when it comes to American farming and food. “We must urgently rethink the way we approach food and nutrition policy,” he told a group of agriculture reporters late last week.

To name just a few of Booker’s goals: additional federal aid for Black and other disadvantaged farmers beyond the historic $5 billion he helped secure for them earlier this year, tens of billions of dollars in incentives to push farmers and ranchers to adopt climate-friendly practices, a national moratorium on concentrated animal feeding operation, or CAFOs, and a permanent USDA food box program that would deliver fresh fruits and vegetables to communities. The item on his wish list with the most potential for sweeping change, however, is not of the legislative variety; it’s a second White House conference on food and nutrition, an idea to which Booker lent his support last week.

A national summit may not sound all that ambitious, especially given that such events are designed to include far more talk than action. But to understand the potential impact of a second conference, it’s helpful to revisit the first one, held way back in 1969 when Richard Nixon was president.

The original White House Conference on Food, Nutrition and Health was a seminal event that fundamentally reshaped US food and nutrition policy in ways both big and small. The three-day event included roughly 3,000 attendees and generated more than 1,800 specific recommendations—nearly 1,600 of which would eventually be implemented in one form or another. Not every recommendation was massive nor necessarily lasting, but several certainly were. Nutrition experts and public policy types credit the conference report with leading to major expansions of the food stamp and school lunch programs, the development of federal dietary guidelines, improvements to nutrition and ingredient labeling and the creation of the Special Supplemental Nutrition Program for Women, Infants and Children, or WIC. Sometimes, talk does lead to action.

The conference, however, didn’t manifest itself nor did Nixon call for it in a vacuum. It was the result of a confluence of events, some unique to the era and some that still echo today.

Here’s an abbreviated timeline (a fuller version of which you can find here): In 1967, civil rights attorney Marian Wright testified before a Senate subcommittee about poverty and malnutrition, particularly in the American South. At Wright’s invitation, then-Sens. Robert Kennedy and Joseph Clark went on a fact-finding mission to Mississippi later that year, in the process bringing with them the national spotlight. Then, in 1968, CBS News aired a special report, Hunger in America, which brought previously unimaginable images of malnutrition into millions of middle- and upper-class American living rooms. At the same time, activists were in the streets demanding action, including at the Poor People’s March on Washington, which Martin Luther King, Jr. helped organized shortly before his assassination. The following year, Nixon called for the summit, at which he declared a “national commitment to put an end to hunger and malnutrition due to poverty in America.”

The federal government didn’t quite live up to that lofty goal, of course—an estimated 54 million Americans are food insecure today—but the expansion of federal nutrition efforts prompted by the conference had a major and almost immediate impact. The number of children in the school lunch program, for instance, quadrupled during the two years after the conference, while the number of Americans in the food stamps program (since rebranded as the Supplemental Nutrition Program or SNAP) climbed even faster, to 11 million in 1971 from 2 million in 1968, according to a 2019 report from Tufts University and the Harvard T.H. Chan School of Public Health.

A half-century later, the American nutrition landscape has changed—the concern is now less about the quantity of our food and more about the quality of it, particularly in the face of rising rates of obesity and diabetes. There’s also increased attention being paid to nutritional inequities, the significant role that the American diet plays in global climate change and the vulnerabilities in the food supply chain exposed by the COVID-19 pandemic. As a group of public health experts and former government officials put it earlier this year when floating the idea of a second summit: “Our food system is complex, touching multiple aspects of our lives, economy and planet. Fixing it will require innovative solutions.”

Of course, whether a second White House summit would be as successful as the original is an open question. Notably, the first had significant bipartisan buy-in, from Democrats such as George McGovern and Republicans such as Bob Dole. But the GOP is now reading from a different script than it was a half-century ago when Nixon called ending malnutrition both a “moral imperative” and a “national responsibility.” As president, Donald Trump tried to slash SNAP benefits, a Republican goal he inherited from the more staid party leaders who came before him, and some in the GOP now claim that expanding SNAP would create “a moral hazard.”

Given that partisan chasm, it’s hard to imagine a second White House summit delivering the kind of holistic approach the first one did. But given the interrelated nutritional, farming and climate challenges currently facing the nation, it’s also hard to imagine the kind of coordinated response that is needed happening without one.