The most noteworthy item suggests Washington may be finally ready to take racial justice in farming seriously. 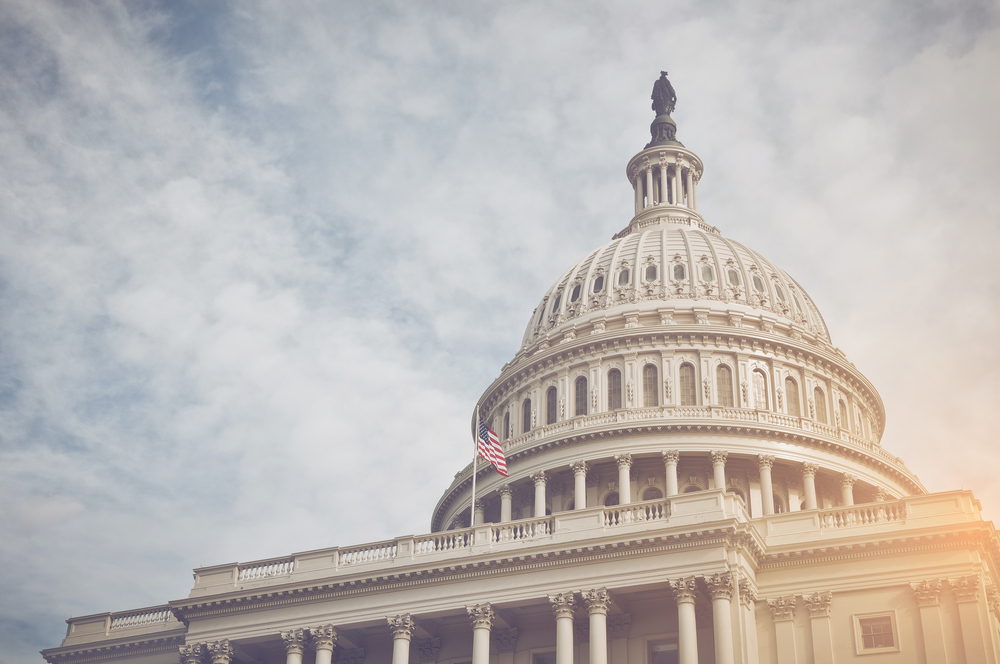 The US House on Wednesday signed off on the final version of the $1.9-trillion coronavirus relief bill by a 220-211 margin. As expected, the vote broke down almost entirely along party lines, with just one House Democrat voting against it and not a single Republican for it. The legislation now heads to the White House, where President Joe Biden has promised to sign it as soon as it reaches his desk.

Dubbed the American Rescue Plan, the sweeping package represents a major expansion of pandemic aid and the social safety net. Likewise, it touches nearly every corner of the US economy—the agriculture sector very much included. It contains an estimated $23 billion in food and farming provisions, including a sizable injection of federal cash to bolster supply chains and to expand nutritional assistance for hungry families.

The marquee farm-related item, however, is the roughly $4 billion the bill provides for debt relief for Black farmers and other groups who have long been subject to systemic racism in federal ag policy. That provision—which survived repeated GOP attempts to scrap it during the legislative process—was championed by a trio of Democrats who recently joined the Senate Agriculture Committee: Raphael Warnock of Georgia, Cory Booker of New Jersey and Ben Ray Luján from New Mexico. Last month, Warnock and Booker became just the second- and third-ever Black members with seats on the panel.

Under the provision, Black, Indigenous, Hispanic and and other farmers of color can have up to 120 percent of their outstanding federal farm loans forgiven. (The extra 20 percent is to offset the federal tax burden associated with such debt relief.) A related provision includes another $1 billion to help those same farmers with training, education and other forms of assistance acquiring land. Included in that second batch of cash is funding for a newly created commission on racial equity at the US Department of Agriculture.

The bill also includes more traditional fare. It devotes about $4 billion to respond to disruptions to the food supply chain caused by the pandemic, and to make it more resilient moving forward. It also boosts the amount of food the government buys directly from farmers for distribution at food banks and other nonprofits. And it includes cash for smaller grants and loans to help companies buy personal protective equipment, COVID tests and other safety items to protect food workers.

On the nutritional assistance front, the legislation extends last year’s 15-percent bump in SNAP benefits (aka food stamps) through the end of this September, while aiming to make it easier for people to use those benefits to buy groceries online. Likewise, the bill expands several more targeted food assistance programs, including those for women, children, homeless young adults and seniors. It also has $1 billion in nutritional assistance for US territories.

The bill’s focus on Black farmers, however, is the most noteworthy ag-related development. It comes at a time when Democrats—led by Black lawmakers such as Booker, Warnock and new House Agriculture Chairman David Scott—are increasingly extending racial justice concerns to the world of farming. For too long, they say, Washington’s view of agriculture has been too narrow and too white.

The bill’s specific debt-relief provision was based on the Emergency Relief for Farmers of Color Act, which was introduced last month by Warnock, and also draws inspiration from Booker’s more ambitious Justice for Black Farmers Act, which was introduced last year and again earlier this one. Republicans such as Sen. Pat Toomey of Pennsylvania fought to strip the debt relief from the stimulus bill, calling it unconstitutional and claiming it is a form of reverse racism against white farmers.

Proponents, however, point to the long history of Black farmers being mistreated by federal farm policy. Among the more insidious abuses suffered by Black farmers were long-standing discriminatory USDA lending policies that denied or delayed access to credit—making it all but impossible for them to compete in an industry long dominated by a federal “get big or get out” ethos.

The share of American farmers who are Black has fallen drastically during the past century—from nearly 15 percent in 1920 to less than 2 percent today, according to the most recent federal data. Those relatively few Black farmers who are left, meanwhile, make a fraction of what their white counterparts do. According to a 2019 analysis by the liberal Center for American Progress, the average full-time white farmer made more than seven times as much as the average full-time Black farmer in 2017. The situation is unlikely to have gotten more equitable in the years since, either. Through last October, for example, white farmers received, on average, four times more federal relief than Black farmers did from the Trump administration as part of the USDA’s Coronavirus Food Assistance Program, according to a recent report from the Environmental Working Group.

Biden has promised that his administration will do better on racial justice, and Agriculture Secretary Tom Vilsack has likewise said that addressing the USDA’s legacy of racism will be one of his top priorities now that he’s back in charge of the agency. Critics, however, are skeptical, given Vilsack’s track record on that front during his first stint at the department under then-President Barack Obama. Among the more damning criticism of Vilsack came from a multi-part investigation published by The Counter in 2019 detailing claims that his USDA routinely ran out the clock on discrimination complaints while also trying to foreclose on many of those same Black farmers. With the latest coronavirus aid package, Democrats have given Vilsack the chance to start righting some of those wrongs. It’s now up to him and the USDA to do so.

Why is this based on Color? It should be based on need.

What do I qualify for.

Well I guess there is some good news for farmers in this bill. #Happy

Popular
Is Agroforestry the Key to Hardier Row Crops?Shea Swenson
7 Smokable Plants You Can Grow That Aren’t MarijuanaBrian Barth
Why Don’t We Eat Turkey Eggs?Dan Nosowitz
Goat Sex: Everything You Wanted to Know But Were Afraid to AskAndrew Amelinckx
Where Has All the Mustard Gone?Chloe Faure
Explore Modern Farmer
Related
Animals, Environment, Technology
Alaskan Salmon Face a Stream of New MinesBecki Robins
Labor, Politics
For Young Farmers, Land Access Will Make or Break the 2023 Farm...Emily Baron Cadloff
States Mull Limits on Foreign Ownership of FarmlandJohnathan Hettinger
As COP27 Comes to a Close, Agriculture Initiatives Are Top PriorityShea Swenson
wpDiscuz
We use cookies on our website to give you the most relevant experience by remembering your preferences and repeat visits. By clicking “Accept”, you consent to the use of ALL the cookies.
Cookie settings ACCEPT
Privacy & Cookies Policy