The lawmakers will add some diversity to what was previously an all-white panel. 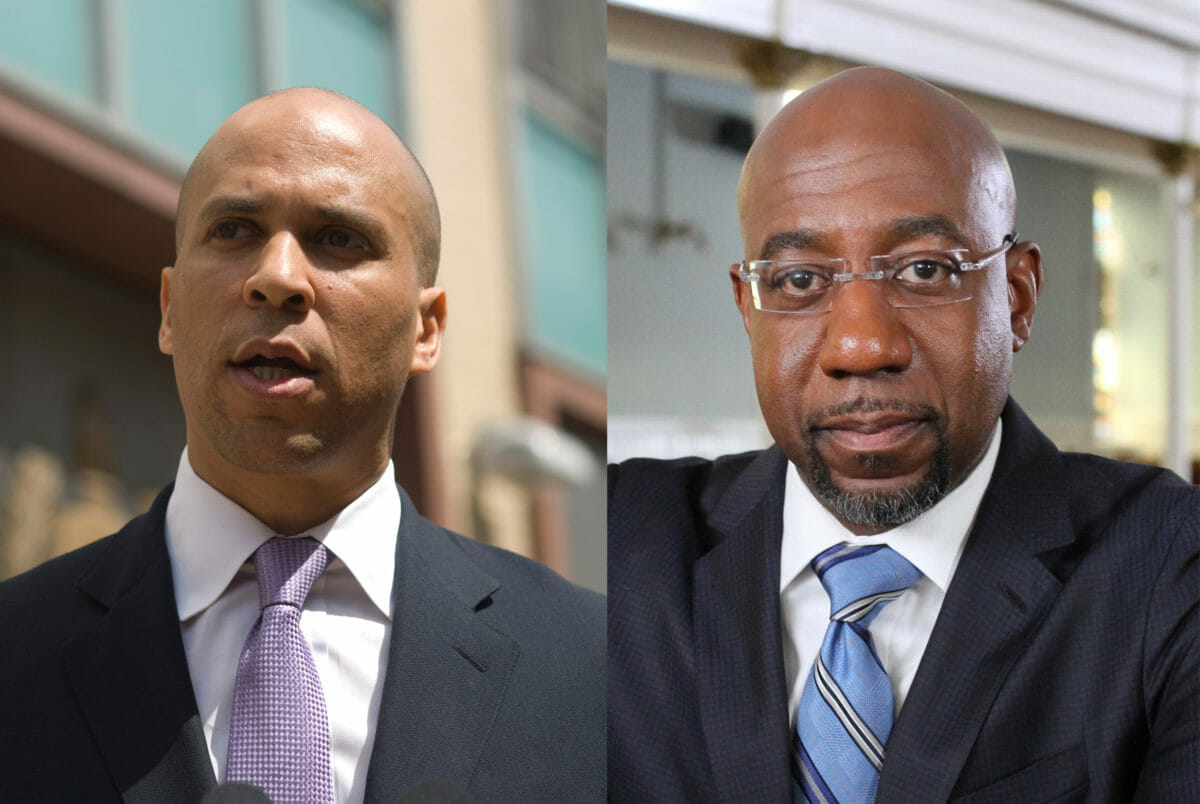 The Senate Agriculture Committee is about to get significantly more racially diverse. It isn’t a particularly high bar to clear for the previously all-white panel but nonetheless a sign that the ag-workings of Washington will begin to better reflect the racial makeup of the United States.

On Tuesday, Democrats announced the addition of three new members to the Committee on Agriculture, Nutrition and Forestry: Sens. Cory Booker of New Jersey, Raphael Warnock of Georgia and Ben Ray Luján of New Mexico. Booker and Warnock will be just the second- and third-ever African Americans to sit on the committee. The first was William “Mo” Cowan of Massachusetts, who was appointed to the Senate in 2013 and served less than six months as a short-term placeholder during a special election to replace the departing John Kerry.

The new ag members have previously made their interest in food and farming clear. Booker is the author of the Justice for Black Farmers Act, which he introduced late last year and will likely introduce again in the coming one. That sweeping legislation aims to address racial disparities in farming in general—and past discriminatory policies at USDA specifically—by having the federal government spend up to $8 billion a year buying up farmland and then giving it out in 160-acre plots to Black farmers. They would also receive training in regenerative farming and other eco-friendly practices. Booker, who is a vegan, is also interested in nutritional and food security, issues that are also under the jurisdiction of the ag committee but tend to get less attention from the farm-focused panel.

For his part, Warnock spoke often about Georgia agriculture during his ultimately successful special-election campaign to defeat Sen. Kelly Loeffler, then a committee member, in a state with an estimated 42,000 farms in operation. The freshman Democrat has called for the government to offer more support to young farmers, incentivize farmers to take climate-conscious steps, rebuild rural infrastructure and to expand access to capital for Black and minority farmers. Luján, meanwhile, has plenty of farm cred of his own, having grown up on a family farm and continuing to work on one in his downtime. The panel is also a natural place for him to continue his work on equity issues and protections for immigrant communities. 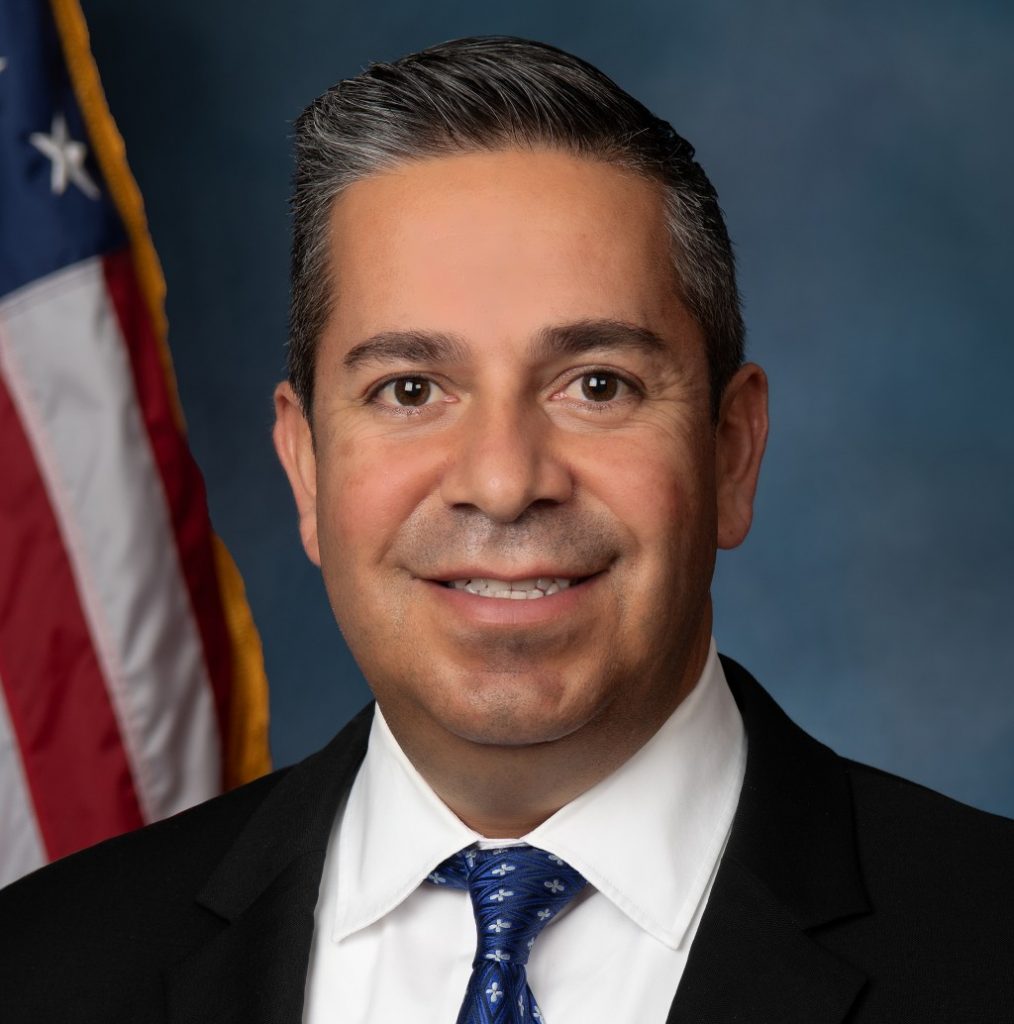 Sen. Ben Ray Luján of New Mexico has been named to the upper chamber’s agriculture committee. Photo courtesy US Senate

The lack of diversity on the last iteration of the ag panel was on full display Tuesday during the confirmation hearing of former and future Agriculture Secretary Tom Vilsack. While Biden’s nominee made passing reference to the USDA’s legacy of racism in his opening statement, the previously all-white committee members largely left it at that. In particular, the senators passed up the chance to press Vilsack over concerns that he failed to do enough to address systemic racism at the USDA during his last stint at the agency. Among the more damning criticism of Vilsack came from a multi-part investigation published by The Counter in 2019 detailing claims that his USDA routinely ran out the clock on discrimination complaints while also trying to foreclose on many of those same Black farmers.

The share of American farmers who are Black has fallen drastically during the past century—from nearly 15 percent in 1920 to less than 2 percent today, according to the most recent federal data.

The diversification of the Agriculture Committee comes as Black lawmakers and their allies have made it clear that they think Washington has had too narrow—and too white—of a view of agriculture. That is one reason why South Carolina Rep. Jim Clyburn and others had pressured Biden to pick someone like Ohio Rep. Marcia Fudge to lead the Agriculture Department. Fudge, a longtime member of the House Agriculture Committee, would have been the first Black woman to lead the agency, and her supporters had argued that her professional and lived experiences would make her better suited to lead the USDA moving forward, particularly if it is to pay more attention to food security and consumer issues as they hope. Biden instead tapped Fudge to lead the Department of Housing and Urban Development.

The fact that there will now be two Black members sitting together on the Senate Agriculture Committee for the first time ever is as much a result of the lack of diversity in the upper chamber as it is the lack on the panel itself. Booker and Warnock are two of just three African Americans currently serving (GOP Sen. Tim Scott is the other), while Luján is one of six Hispanic senators currently in office. In the entire history of the United States, there have been only 11 African American members in the upper chamber—the first two of whom were appointed during Reconstruction—and just 11 Hispanic senators.

And the dummies at
Modern gardener make it all about race. Did al sharpton write that nonsense?

From Tom Vilsack. a little food for thought The archetypal farm in the public imagination is roughly the farm that existed around the turn of the last century, when most people in the United States left farming. At that time, roughly half of the U.S. population worked in agriculture. A century earlier, that number was closer to 90 percent. Without modern agriculture you cannot have modern life. There are literally no examples where societies have achieved modern living standards –– universal education, healthcare, electrification, and so on –– without moving most of the population off the land and out of agriculture. Without… Read more »

Popular
7 Smokable Plants You Can Grow That Aren’t MarijuanaBrian Barth
Alaskan Salmon Face a Stream of New MinesBecki Robins
Why Don’t We Eat Turkey Eggs?Dan Nosowitz
Holey Cow: The Wonderful World of a Fistulated CowAnna O†™Brien
6 Differences Between Llamas and AlpacasAndrew Amelinckx
Explore Modern Farmer
Related
Animals, Environment, Technology
Alaskan Salmon Face a Stream of New MinesBecki Robins
Labor, Politics
For Young Farmers, Land Access Will Make or Break the 2023 Farm...Emily Baron Cadloff
States Mull Limits on Foreign Ownership of FarmlandJohnathan Hettinger
As COP27 Comes to a Close, Agriculture Initiatives Are Top PriorityShea Swenson
wpDiscuz
We use cookies on our website to give you the most relevant experience by remembering your preferences and repeat visits. By clicking “Accept”, you consent to the use of ALL the cookies.
Cookie settings ACCEPT
Privacy & Cookies Policy