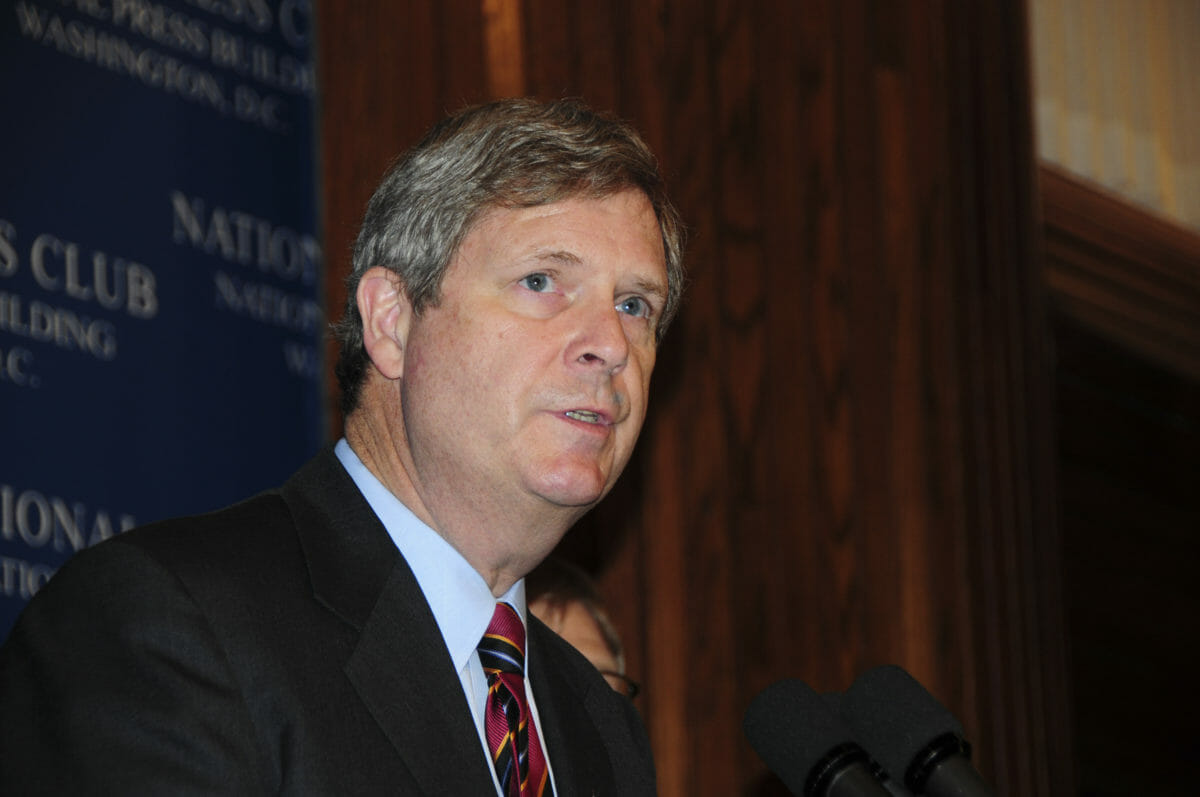 Former and likely future Agriculture Secretary Tom Vilsack has plenty of critics—among them those who say he failed to do enough to address systemic racism at the USDA during his last stint at the agency.

But if those concerns are shared by members of the Senate ag panel, they didn’t let it show on Tuesday. Instead, the Committee on Agriculture, Nutrition, and Forestry gave the former Iowa governor an exceedingly warm reception at his confirmation hearing. GOP Sen. John Boozman of Arkansas praised Vilsack’s “excellent reputation,” and Democratic Sen. Debbie Stabenow of Michigan said he should be commended for his “steady hand and decisive leadership” during the eight years he led the USDA under President Barack Obama. “I can’t think of a single quarrel that I’ve had with Governor Vilsack,” said Republican Sen. Chuck Grassley of Iowa. “I know that he knows agriculture very well.”

The panel voted shortly after the hearing to unanimously advance Vilsack’s nomination to the Senate floor, where it’s almost certain to pass with little trouble. Vilsack’s smooth ride was hardly a shock. Biden selected Vilsack in large part because he is well known and generally well liked in the Senate and among those agribusiness interests with the most sway in the Capitol. Those relationships extend beyond his time in office. After he stepped down from the USDA in the final weeks of Obama’s presidency, Vilsack became CEO of the US Dairy Export Council—a role some say is evidence that he is too close to Big Ag.

For Vilsack’s part, he named addressing the legacy of racism at the USDA as one of his top goals if he is confirmed. But the panel spent more time talking about Vilsack’s grandchildren than they did about the history of systemic racism at the USDA. On those rare instances when Democrats broached the topic at all, they framed it as something that happened in the distant past and not something that continued under Vilsack. “It is true that the USDA has a long and sordid history of civil rights abuses and systematic racism that has created economic disparities for farmers of color across the country,” Stabenow said in her opening statement. “It’s unacceptable and its long past time to address this head on and I know you agree.” Stabenow added that she was “anxious to hear more” about how Vilsack would deal with such problems—but she did not press him further during the hearing when she had the chance.

There was certainly plenty that Democrats could have asked Vilsack about on matters of race. The Counter, for instance, published a multi-part investigation in 2019 detailing claims that his USDA routinely ran out the clock on discrimination complaints while also attempting to foreclose on many of those same farmers—all while massaging agency data to give the misleading impression that there was a Black farming renaissance going on when there wasn’t. Likewise, there was Vilsack’s hasty decision in 2010 to fire Shirley Sherrod, a black USDA official, over what turned out to be a misleading and highly edited video published by a right-wing blogger. Vilsack apologized to Sherrod after seeing the full video and says he offered to resign over his mistake.

Those actions, as well as the department’s history were why some on the left had pressured Biden to instead pick someone like Ohio Rep. Marcia Fudge for the job. Fudge, a longtime member of the House Agriculture Committee, would have been the first Black woman to lead the agency, and her fans, such as South Carolina Rep. Jim Clyburn, had argued her professional and lived experiences would make her better suited to lead the USDA moving forward.

Democrats weren’t the only ones playing nice during Tuesday’s hearing. Republicans on the panel also kept their gloves on. The closest thing to conflict was when Iowa Sen. Joni Ernst and South Dakota Sen. John Thune each brought up Biden’s plan to electrify the federal auto fleet, but they stopped short of criticizing Vilsack or forcing him to defend the plan. Instead, they simply asked him to advocate for biofuel producers during White House meetings.

Likewise, when it came to what had the potential to be the most contentious policy issue of the day—Vilsack’s hope to tap a depression-era USDA fund to seed a carbon bank for farmers—Republicans largely waited until after the hearing was over to lodge their disagreement. Boozman, for one, told reporters afterwards that there is “a difference of opinion” over whether Vilsack should use the fund for that purpose without congressional approval. “They might have other legal advice, but that’s something that we’re going to have to come to terms with,” he said. Boozman, like the rest of the panel, appeared happy to wait to tackle such disagreements until Vilsack is confirmed.