The New Jersey senator is again at the center of the farming conversation. 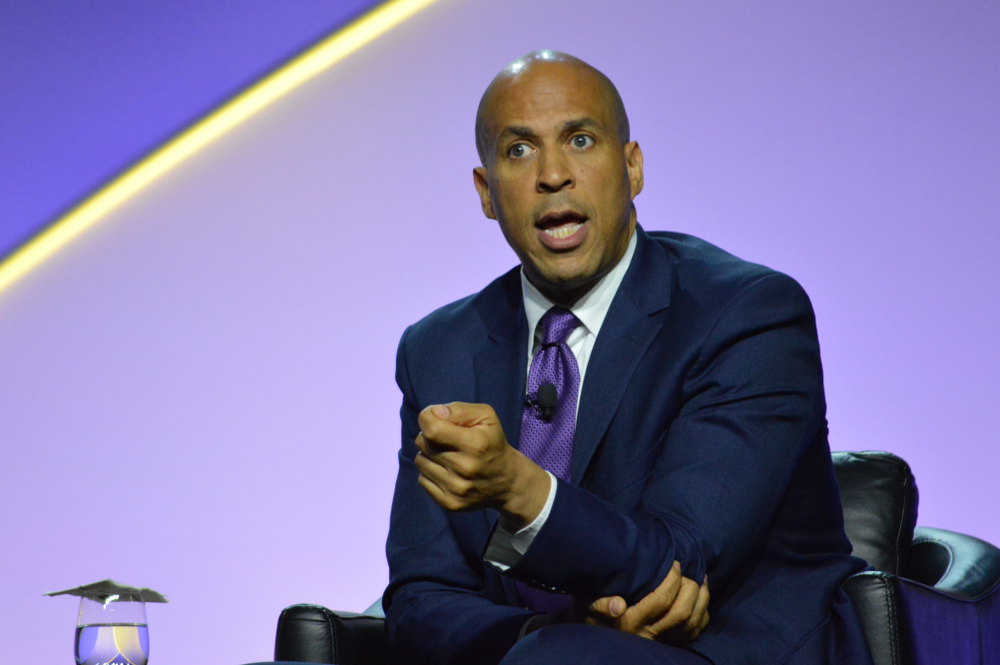 President Joe Biden’s $2-trillion infrastructure plan is, as it stands today, noticeably light on cash set aside specifically for American agriculture. That won’t be the case for long if Sen. Cory Booker and a pair of his like-minded Democratic colleagues have their way.

Sen. Kirsten Gillibrand and Rep. Abigail Spanberger joined Booker on Monday in reintroducing his Climate Stewardship Act with the goal of adding it to the infrastructure package that is expected to dominate Congress’ attention for the next several months. Booker’s bill includes $88 billion over the next decade in new funding to entice American farmers and ranchers to adopt climate-friendly practices such as cover crops, rotational grazing and no-till farming. “This plan will create important new jobs, make farms more profitable and protect our ecosystem for years to come,” Booker said in a statement.

The president’s infrastructure package currently offers little in the way of direct aid for farmers and ranchers, although it still has plenty for them to get excited about—including an investment in roads, rails and waterways that would make it cheaper and easier to bring their food and fiber to market, and a plan for universal broadband that could be a game-changer for the one in four farmers without a reliable internet connection as of last count. If Booker and co. succeed, though, they would transform the larger package from an indirect boon to farmers to a veritable bonanza for those looking to get into the carbon-sequestering and conservation game.

The $88 billion in climate funding—an average of a little less than $9 billion a year—is the headliner, but the bill also expands the Conservation Technical Assistance Program to help farmers with the know-how needed to adopt climate-friendly practices, boosts the Conservation Reserve Program to increase the amount of environmentally sensitive farmland removed from production and ramps up the Rural Energy for America Program to make it easier for farmers to pay for renewable energy projects on their property. A slice of the climate and renewable energy cash would also be set aside for Black and other socially disadvantaged farmers who have been denied access to USDA programs in the past—keeping with Booker’s focus on righting the historical wrongs at the agency.

Farmers could access the $88 billion in stewardship funds via a pair of existing USDA programs, the Environmental Quality Incentives Program and the Conservation Stewardship Program, which currently receive roughly $4 billion a year in combined funding. The bill names more than two dozen specific practices that would qualify for the federal cash, but it also leaves the door open for the USDA to expand the list to include any other “highly effective vegetative or management practice that significantly reduces agricultural greenhouse gas emissions, increases carbon sequestration, or assists producers in adapting to, or mitigating against, increasing weather volatility.’’

Booker believes that all told his bill would support climate-themed conservation practices on more than 100 million acres of farmland. But while such regenerative agriculture practices are becoming increasingly popular, they remain somewhat unproven. No till-farming, for instance, may not be as successful at sequestering carbon as previously thought—especially since such carbon-sucking benefits might only be temporary. Still, given the urgent need to address climate change, they nonetheless hold promise, and a previous version of Booker’s bill received the backing from major environmental groups including the Sunrise Movement and the Sierra Club.

Broadly speaking, Booker’s plan also aligns with both the White House’s stated goal of greening the US ag sector and the demand from the farm lobby and Republicans that any such climate efforts be both incentive-based and voluntary—that is to say, that the federal government pays farmers who adopt such practices but does not penalize those who don’t. Checking those boxes, however, is no guarantee that the ag provisions make it into the infrastructure package that Democrats are currently drafting based on Biden’s proposal.

The biggest hurdle—and stop me if you’ve heard this one before—is the Republican Party, which historically has opposed any meaningful climate action and is already upset about the size and scope of Biden’s infrastructure plan. Even if some climate-curious Republicans like the idea of more cash for their home-state farmers, it’s nearly inconceivable that they would like the idea enough to break ranks with a GOP that has been united in its opposition to Biden’s economic agenda. And if Democrats decide to go it alone, Booker, Gillibrand and Spanberger will still need to compete with a host of colleagues and interest groups wrangling to get their own priorities included in the final draft of the infrastructure package. Regardless, though, their new farm-themed push promises to inject agriculture into a conversation from which it had been largely absent.