Heat, a lack of rain and erosion may dramatically stunt this year’s crop. 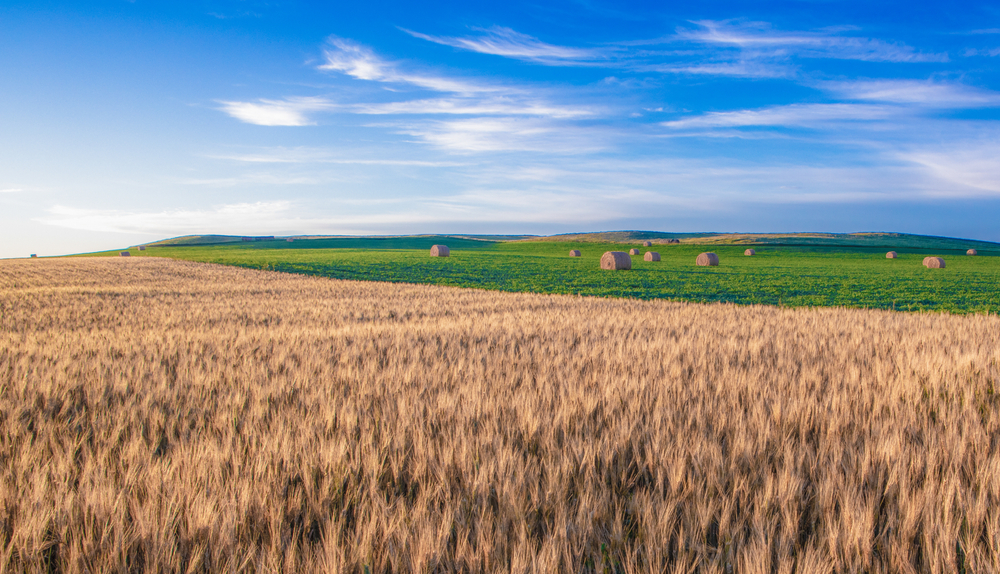 Things are dry and dusty in the Upper Midwest, the Northern Plains states and the Prairie provinces of Canada.

This region, spanning states such as North Dakota and provinces such as Manitoba, is the most important one for spring wheat, the higher-gluten variety that’s used for pasta or mixed with other wheat for all-purpose flour. And that crop is at significant risk, because conditions in the region are pretty dire this year.

A combination of factors have combined to bring us to this point. This past winter was notably dry for much of the central and western parts of North America; in North Dakota, which leads the country in spring wheat production, it was the driest in 126 years, according to Successful Farming. In western Manitoba, reports Reuters, this winter was the driest in over a century.

With precipitation levels so low, the soil was already dry when some of the hottest April temperatures in decades came to town. That further removed moisture from the soil, leading to dry, dusty conditions. The next few weeks are a critical time for this region: In a normal year, farmers would plant wheat and canola crops, and cattle would begin grazing on the grass that pops up in the pastures. Now, reports Reuters, farmers and ranchers are exceedingly nervous that those activities will be exceedingly challenging.

With such dry conditions, germination of fields will be difficult; unlike in, say, California, the wheat in this region depends on precipitation. From the North Dakota Wheat Commission’s website: “Almost all hard red spring and durum wheat grown in the Northern Plains is produced under dry land conditions, not irrigation. Stored soil moisture and timely rains are important to the survival and quality of the crop.”

The US Drought Monitor shows around 70 percent of North Dakota in “extreme drought” conditions, with most of the rest in the slightly less scary “severe drought” rating. As a result, the futures prices of both spring wheat and canola are at their highest in years, with traders expecting a lower harvest this year.

It is possible that rainstorms in the next few weeks will hit the region, but there’s no guarantee that they’ll water the neediest areas, and experts are doubtful that they’d make up for the dry winter and hot spring even in the rosiest of outcomes.

This will not be the last we hear this year about droughts in important agricultural states. California, the country’s largest agricultural state by revenue, also had an exceedingly dry winter and is experiencing a drought that will likely only get worse as temperatures rise.