The soil is described as “crusty.” 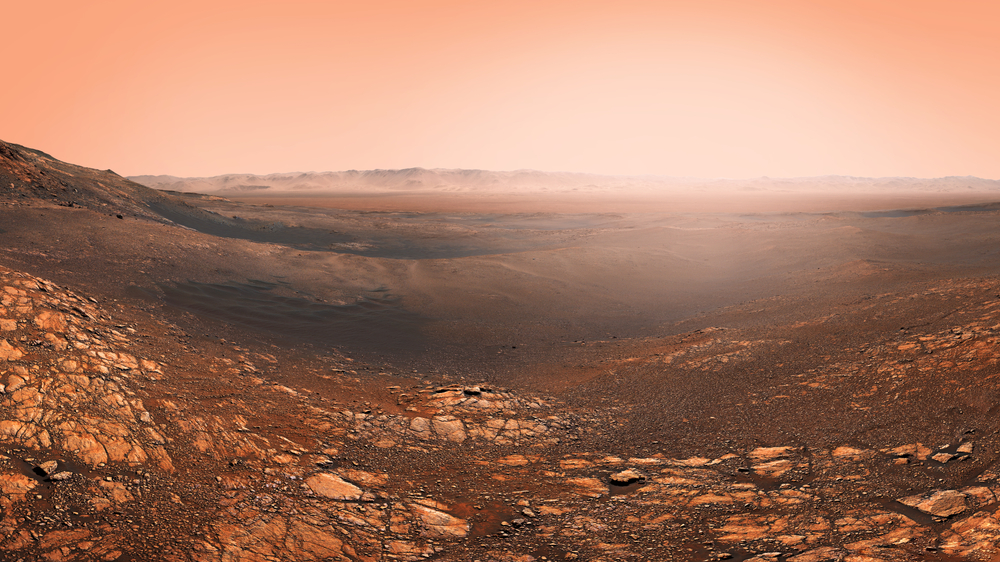 A rendering, using NASA’s data, of the surface of Mars.
Photography by grejak on Shutterstock
Share
Tweet
Pin
Email

With Elon Musk’s SpaceX scheduled—though certainly not confirmed—to fly to Mars sometime within the next decade, our thoughts naturally turn to agriculture on the red planet.

Martian exploration and possibly settlement have become less sci-fi pipe dreams, and more scientific reality pipe dreams, which is a marked improvement in the actual likelihood of them happening. Assuming humans want to visit Mars for anything more than a quick visit (and incredibly long trip), agriculture of some sort is going to be essential.

Agriculture has been a fundamental part of space exploration for as long as humans have been venturing outside of Earth’s atmosphere; Russian cosmonauts have been growing and eating their own romaine lettuce for decades. But Mars offers something unusual: we know, for example, that its surface soil contains many nutrients Earth-plants need to grow. But would they?

Geologists at the University of Georgia, including some who had studied extreme environments like the far northeast of Russia, set out to use NASA’s latest Martian data. NASA has taken surface samples and analyzed them, and found that they contain most of the nutrients plants as we know them need, including nitrogen, phosphorus, and potassium.

The geologists used all of that data to create five samples of “Martian” soil here on Earth, which replicated the texture and contents of five different Martian soil samples. These samples turned out to be, the researchers say, crusty and dry, and not particularly suitable for plant growth. This isn’t unexpected, as Mars is incredibly arid, cold, and lacks the protection from ultraviolet rays that Earth’s atmosphere provides.

But that doesn’t necessarily mean that the task is impossible, the researchers say. After all, not all soil here on our home planet is particularly suitable for growing crops—just look at the natural flora of, say, much of Southern California, which contains a great deal of desert scrub, until humans got in there with irrigation and soil amendments. The geologists at the University of Georgia say some of those techniques could be used on Mars, including adding beneficial bacteria and fungi that can make the soil more suitable for plants better suited to growth here on Earth.

Was any consideration given to the fact that dirt (which sounds like what these folks came up with) needs to work in conjunction with cryptogamic and mycorrhizal organisms in order to form the colloidal structure that is “soil” before plants can colonize it?