USDA Says ‘Murder Hornets’ Are Not a Major Threat

Reports of the terrifying Asian giant hornet may be overblown, at least for now. 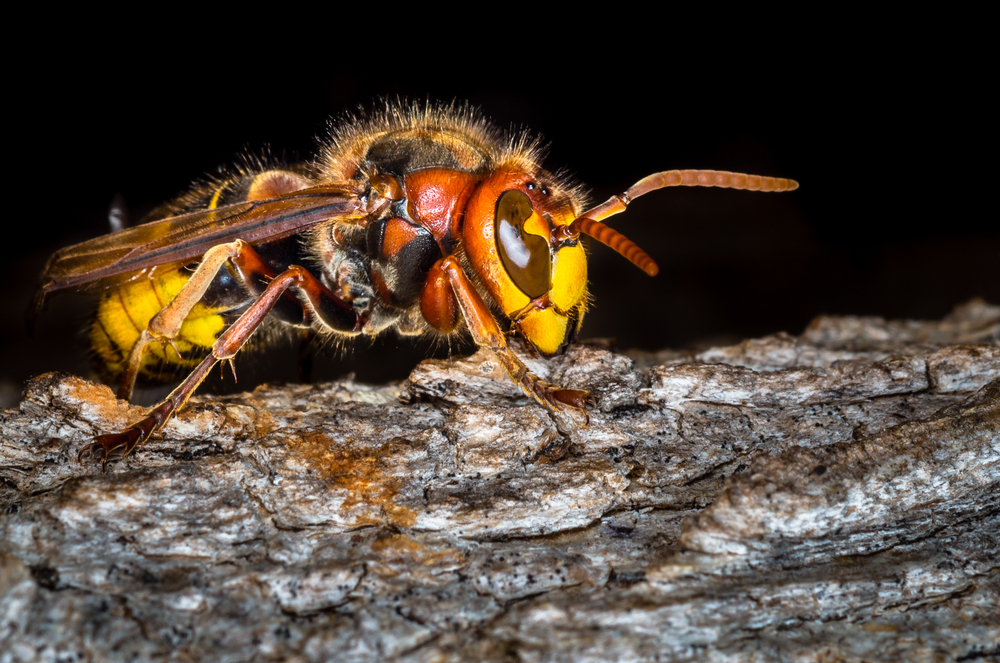 The sighting of a couple of Asian giant hornets in the United States has prompted dozens of headlines. But this week, the USDA has given several interviews designed to tamp down any panic about these hornets.

The fear around these hornets is in large part due to the possibility of this hornet attacking honey bees. The Asian giant hornet is the world’s largest hornet, growing up to around two inches long. Native mostly to the warmer parts of Asia, it was first discovered in late 2019 in British Columbia and then in Washington state. A Japanese nickname, translated as “murder hornet,” began circulating in North American news media. These hornets added one more thing to the list of things Americans are worrying about at a time that the country is struggling through the COVID-19 crisis.

Asian giant hornets are hunters, with honey bees being their favorite prey. The various species of honey bee native to Asia, where the Asian giant hornet lives and hunts, have defenses designed to combat and minimize damage from the hornets. In the United States, where our honey bees are European in origin, there is no such defense. The concern over this hornet was undoubtedly enlarged not just by the size of the hornet, but by the gruesome way in which it hunts—decapitation, mostly.

But the USDA has made a point this week to state that the Asian giant hornet situation is under control. The USDA retweeted a story from Business Insider, which included quotes from USDA representatives, which called the panic “overblown.” Then Anne LeBrun, National Policy Manager for pollinator programs at the USDA’s Animal and Plant Health Inspection Service (APHIS), did a radio broadcast saying there is no evidence that Asian giant hornet populations are established anywhere in the United States.

APHIS also funded $400,000 for exotic hornet research in 2020, which includes a trapping and monitoring program. A key for identifying this specific species was recently published in a scientific journal. Insect experts have said that with so few sightings, in such a small area—the Washington and British Columbia sightings were only 50 miles apart—there is an excellent chance of halting any more permanent nests of the hornets.

The hornets do have an exceptionally painful sting for humans, but are no more deadly—or “murderous”—than many other insects. The larger concern is for honey bees, which are vital pollinators in the farms of the Pacific Northwest, particularly for tree fruits and berries.

But with no evidence (at least, so far) of these hornets really establishing themselves in North America, and with substantial research and activity to halt any spread, there is a good chance of stopping any larger threat to honey bees (and thus to agriculture).

Ah, deja vu all over again. “Killer” bees. “cheat” grass. And hundreds of other invasive species that were not a problem, until they were. And the Americas have sent their share the other way too. The world is not as big as we like to think.

I was surprised to see how our cute little sparrow sized “fly catcher” birds shredded a round paper hornet nest so they could eat the grubs. These birds are so tiny and cute but wasps don’t scare them at all.

Import Japanese honeybees to crossbreed with the American/European honeybees so they develop a fighting spirit in order to defend themselves. After all, the monster hornets traveled down from B.C. to Washington state, so they can be expected to travel further into the U.S.

When covid-19 arrived in Washington state, somebody said it was no big deal: because there were so few cases and deaths, the illness was under control. Huh? THERE REALLY OUGHT TO BE AN EFFORT TO IMPORT JAPANESE HIVES TO CROSSBREED WITH AMERICAN/ EUROPEAN HIVES SO THAT THE U.S. HONEYBEES CAN ACQUIRE MORE OF A FIGHTING SPIRIT TO DEFEND THEMSELVES JUST AS THE JAPANESE HONEYBEES DO WHEN THE MONSTER HORNETS ARRIVE. OTHERWISE, IT COUlD BE A CATASTROPHE!