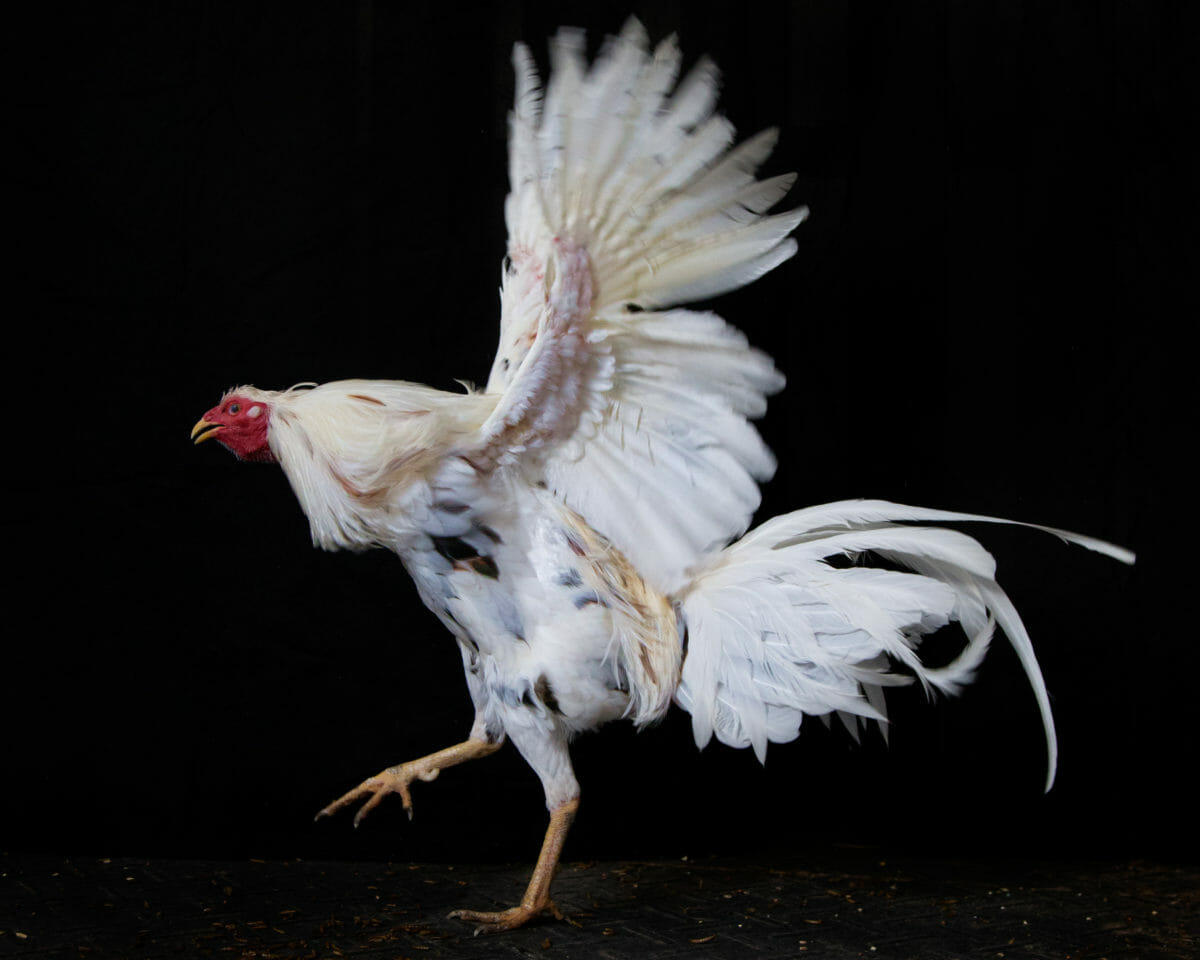 Van Buren poses for the camera. By getting these images out into the world, the sanctuary hopes to empty its cages and find permanent homes for all its roosters.
Photography by Carol Sahley.
Share
Tweet
Pin
Email
707 Shares

Cockfighting is a blood sport that continues underground in parts of the US despite being illegal in every state. The roosters pictured here were rescued in law enforcement raids on properties that were hosting illegal cockfighting rings. They have found a safe haven at the Happy Trails Farm Animal Sanctuary in Ravenna, Ohio. The sanctuary has taken in 159 roosters since 2015, but it has been forced to put a hold on intake due to space constraints.

Many of these roosters remain in search of permanent homes several years later, as finding people to adopt them can be challenging. Indeed, it can be risky to introduce them into a group that has an established rooster, but in the right home, they can be good companions and guardians of their flock. One volunteer caretaker, Vicky Mastroianni,  points to the misconceptions that make it hard to find adopters. “They are always overlooked because people think they’re mean,” she says. “When it’s people that did this to them.”

Photographer Carol Sahley began this photo project after reading about these roosters in the news. This photo series demonstrates the striking beauty and resilience of these animals despite their torment at the hands of man. 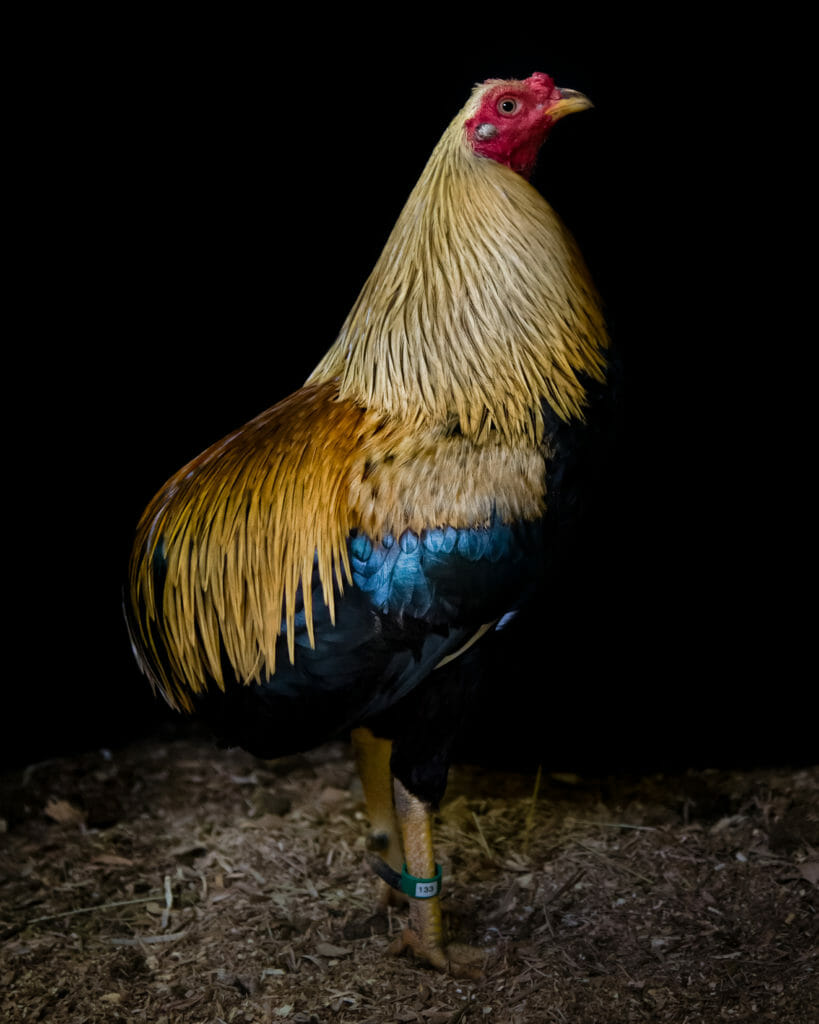 MURPHY: Murphy is one of the few lucky roosters that have been adopted. The sanctuary found a new home for Murphy in 2019, three years after he was rescued. 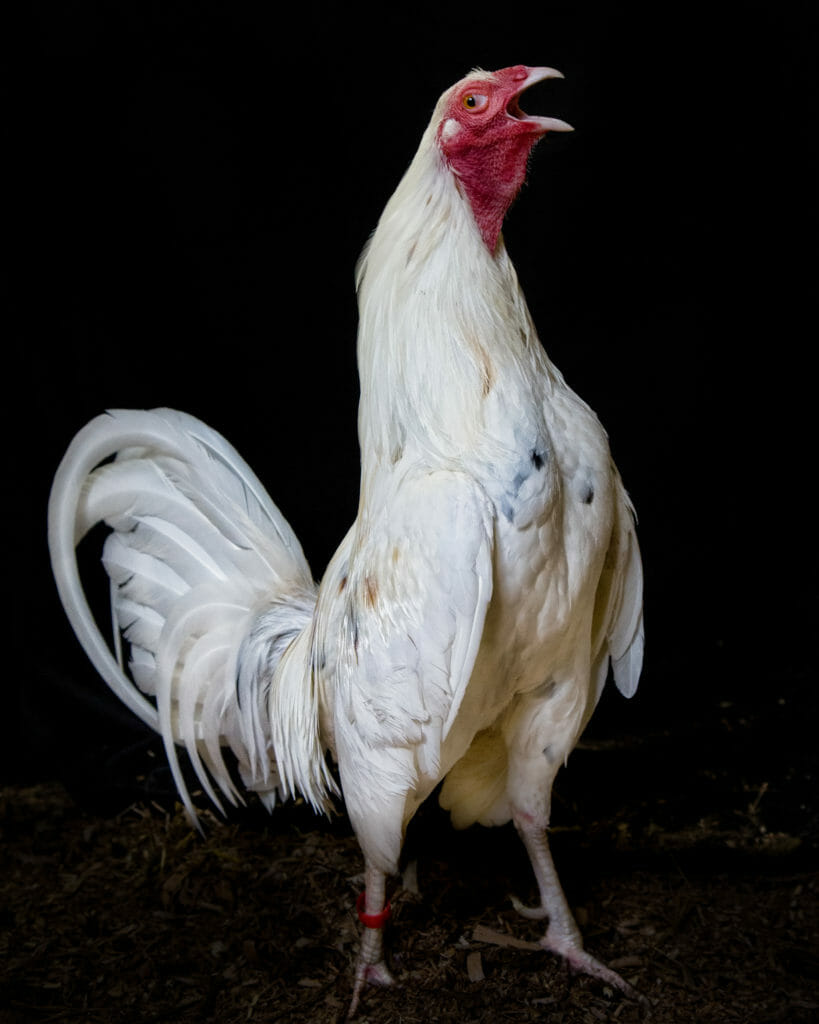 HARRELSON: Roosters used in cockfighting are often “dubbed” — a painful mutilation in which their combs and wattles are removed to make them less of a target during fights. 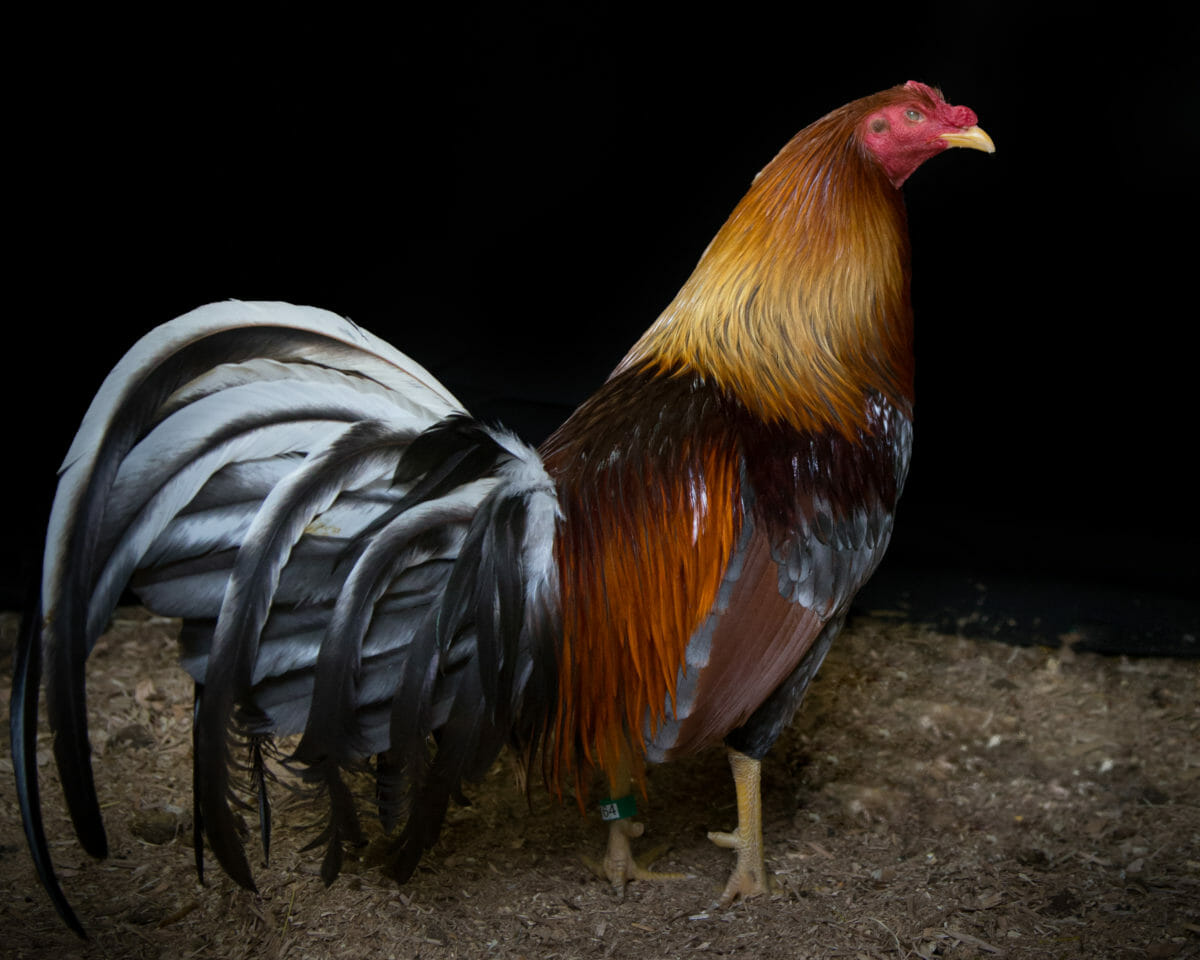 BENNING: While they await adoption, the roosters are housed individually to prevent fighting. While they were being photographed, the roosters began “tidbitting” — a mating ritual in which the rooster calls out to his hens and offers to share food. This display heartbreakingly demonstrates their need and desire for companionship. 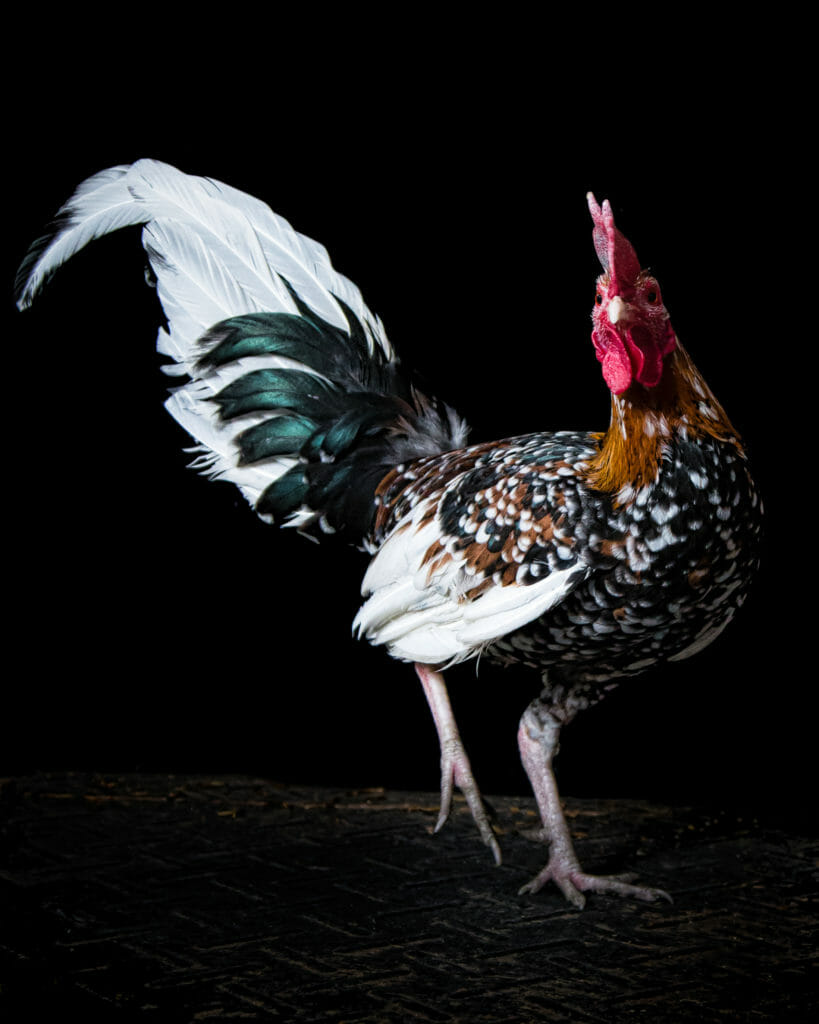 CRUISE: Cruise has also been adopted. His beak and wattles are intact, which may be why he was adopted comparatively quickly. 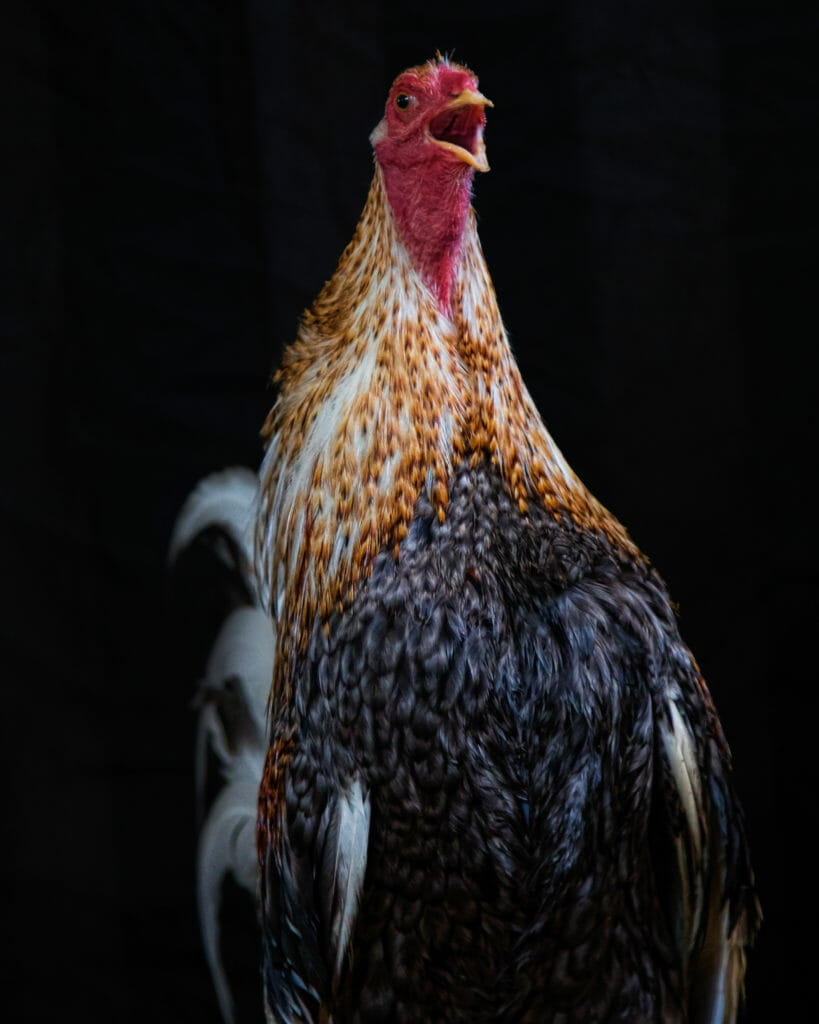 TEDDY: Teddy calls out as he awaits a permanent home. 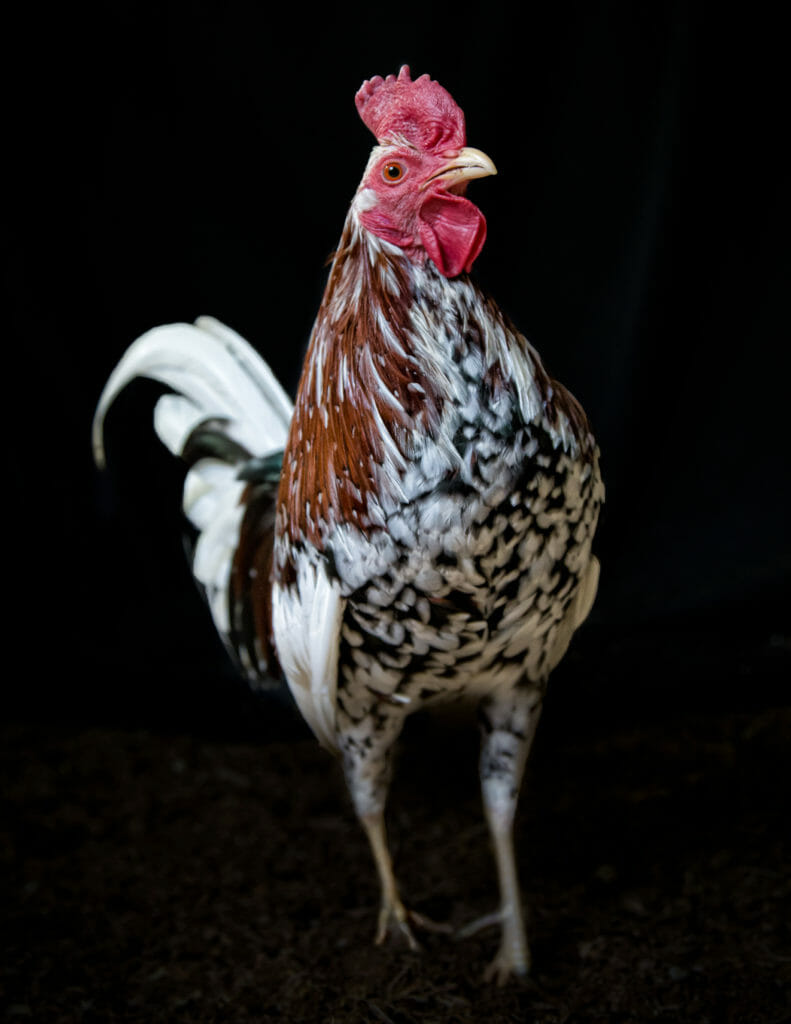 MADISON: Roosters play a number of important roles in a flock, including keeping an eye out for predators and providing protection to the hens. 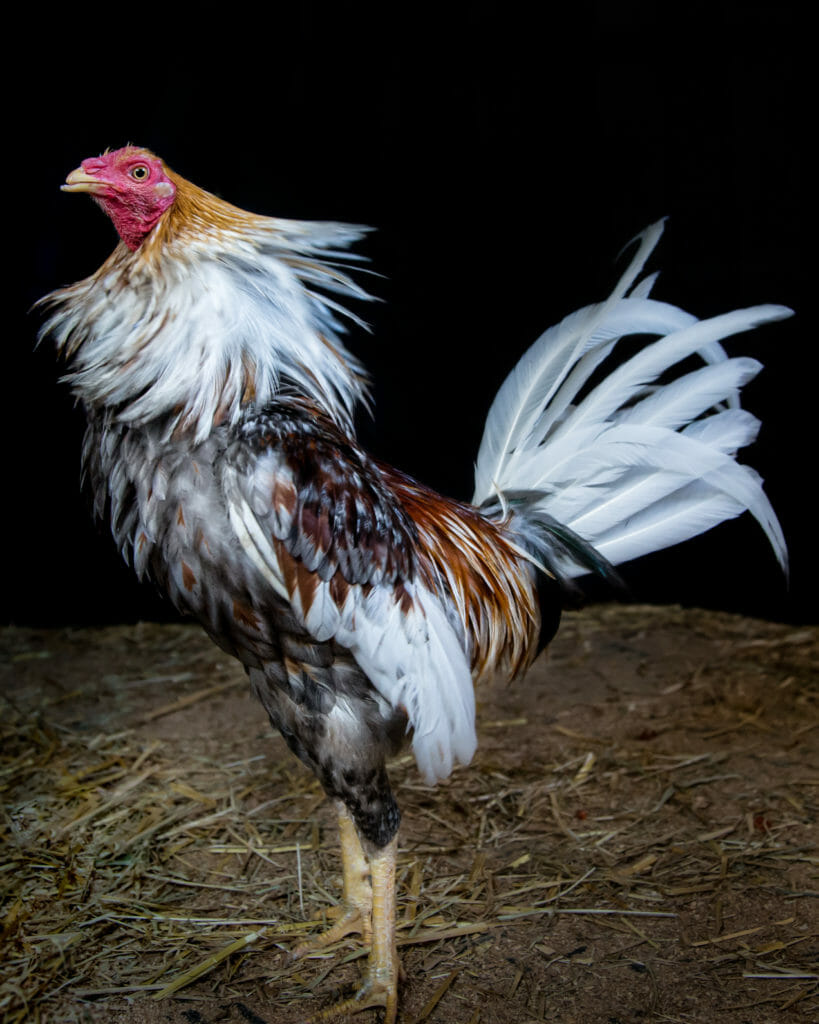 PIVEN: Piven displays a stunning array of colors. Eating his favorite treat of blueberries is difficult for him as he has been “debeaked,” which means that part of his upper beak has been cut off.

To learn more about these roosters, contact [email protected].