Researchers found that nine different vegetables can be cultivated in Martian soil. 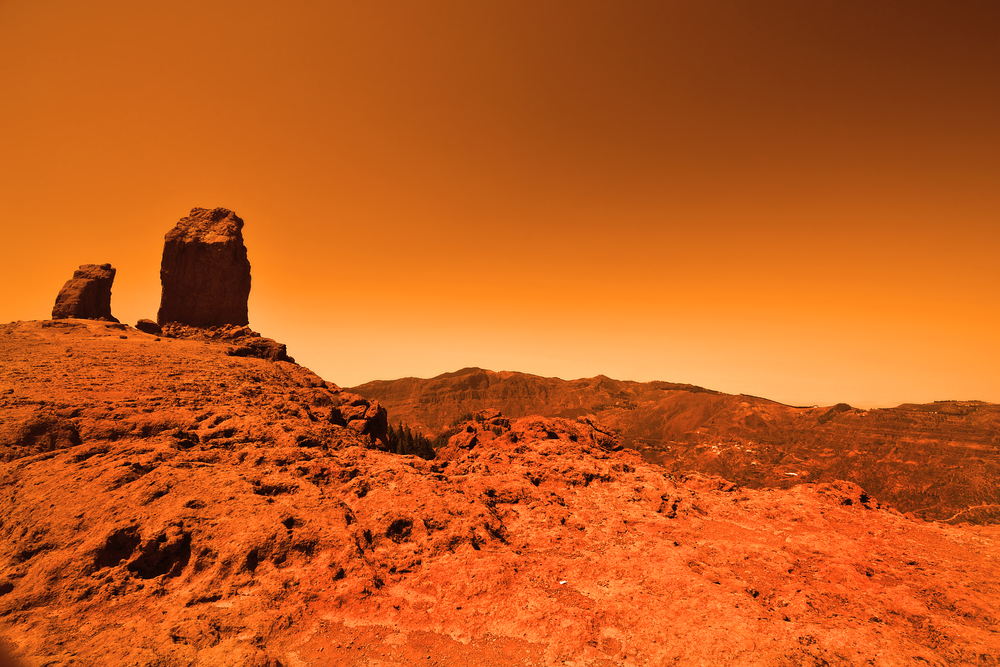 If humans successfully colonize Mars, farmers will play a vital role in feeding those who live there.

Tomatoes, peas and leeks are just a few of the vegetables they could potentially grow on the red planet, according to a new study at a Dutch university. Scientists at Wageningen University & Research tried to grow ten different crops in simulated Lunar and Martian soil, as well as “normal” Earth soil. The soils simulated regolith, a layer of inorganic material on the top of Mars and the Moon that covers the rock below.

Researchers found that nine of the crops grew well, but spinach did not. They were able to harvest edible produce from the plants that thrived, which included quinoa, radishes and tomatoes. The crops grown in the Earth soil and Martian regolith did better than those in the Lunar tests.

“We were thrilled when we saw the first tomatoes ever grown on Mars soil simulant turning red. It meant that the next step towards a sustainable closed agricultural ecosystem had been taken,” said Wieger Wamelink, one of the study’s researchers.

The study, published in Open Agriculture, also found that seeds could be produced for radishes, garden cress and rye.

Last month, two planetary scientists published a paper that examined what it would take to feed 1 million residents of Mars. They found such a food system would need a century to become self-sufficient and that in the meantime, people would have to transport large amounts of produce from Earth.

Those scientists said insect farming and cellular agriculture would be large parts of feeding a Martian population. Any plants would have to be grown inside due to outdoor conditions on Mars.

Researchers at Wageningen University & Research found that hydroponics and aeroponics could be used to grow produce on Mars or the Moon, but that growing vegetables in regolith would mean only seeds would need to be transported from Earth, in addition to the general equipment needed to farm.

The other crops researchers were able to successfully grow in the Martian soil included garden cress, arugula and chives.

Oh great, travel all the way to Mars and you still can’t escape eating quinoa

No potatoes? Matt Damon will be disappointed!

Pre-Transport a great deal of manure and plant compost material and mix that in with the Martian soil along with common chemical fertilizers and I assure you that Martian soil will be able to support a great deal more. It has simply been exposed to nothing but a hostile environment for so long that all plant required nutrients have been obliterated from the soil. Simply add those nutrient compounds back to the soil and it will behave exactly as soil does on Earth. Mars was created from the same star stuff as Earth was so it will work. Mars evolved… Read more »

Related
Farmers and Ranchers Squeezed By Rising Fuel CostsEmily Baron Cadloff
Plants
How a Desert Town Is Growing Its Way to Better HealthElizabeth Bellizzi
Animals
Mormon Crickets Swarm Oregon FarmsShea Swenson
Personal Essay, Plants
I Failed at Growing Food for Humans, So I Grew It for...Lela Nargi
wpDiscuz
We use cookies on our website to give you the most relevant experience by remembering your preferences and repeat visits. By clicking “Accept”, you consent to the use of ALL the cookies.
Cookie settings ACCEPT
Privacy & Cookies Policy