How One Boston Hospital Is Feeding Patients Through Its Rooftop Farm - Modern Farmer
Food & Drink, Plants

How One Boston Hospital Is Feeding Patients Through Its Rooftop Farm 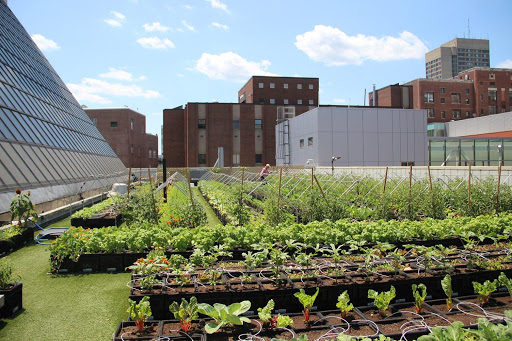 Carrie Golden believes the only reason she’s diabetes free is that she has access to fresh, locally grown food.

A few years after the Boston resident was diagnosed with prediabetes, she was referred to Boston Medical Center’s Preventative Food Pantry as someone who was food insecure. The food pantry is a free food resource for low-income patients.

“You become diabetic because when you don’t have good food to eat, you eat whatever you can to survive,” Golden says. “Because of the healthy food I get from the pantry… I’ve learned how to eat.”

The hospital joined a handful of medical facilities across the country that have started growing food on their roofs. The initiative is the first hospital-based farm in Massachusetts and the largest rooftop farm in Boston. The facility’s 2,658-square-foot garden houses more than 25 crops, organically grown in a milk crate system.

“Food is medicine. That’s why we’re doing what we’re doing,” says David Maffeo, the hospital’s senior director of support services. “Most urban environments are food deserts. It’s hard to get locally grown food and I think it’s something that we owe to our patients and our community.” 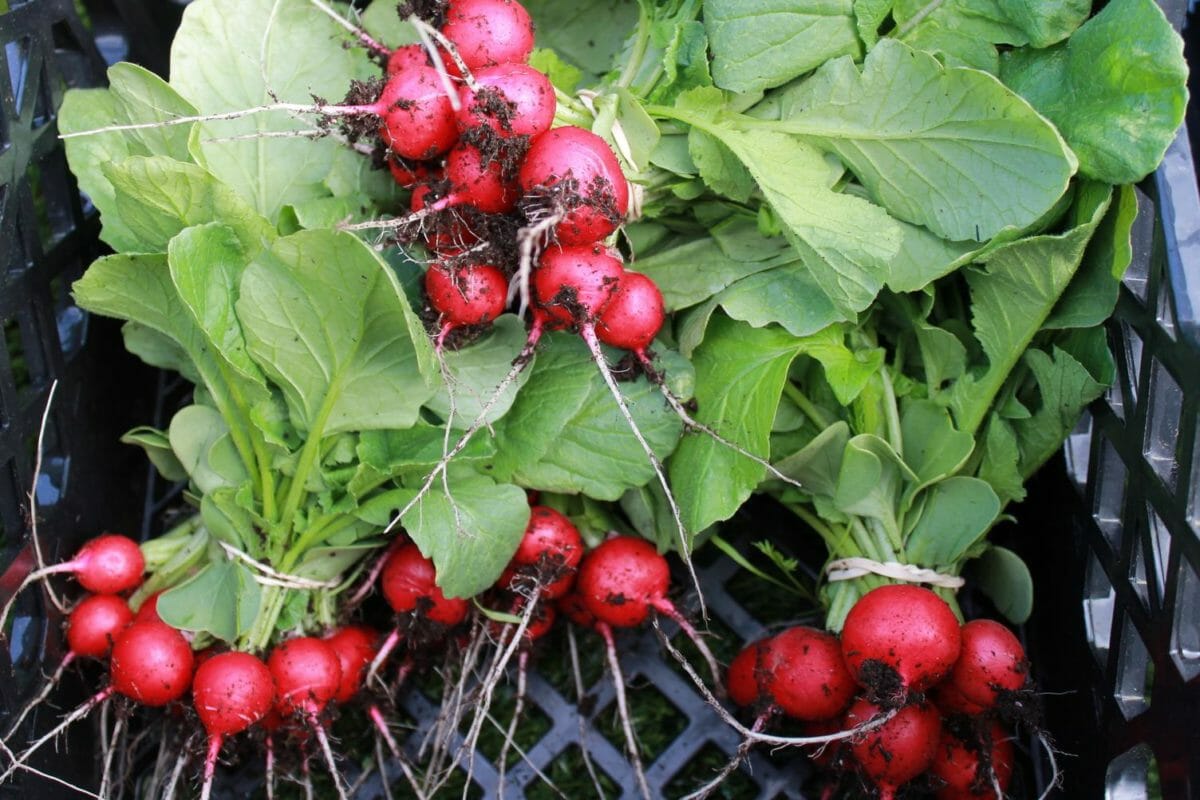 Lindsay Allen, a farmer who has been managing the rooftop oasis since its inception, says her farm’s produce is being used for preventative care as well as in reactive care. She says 72 percent of the hospital’s patients are considered underserved, and likely don’t have access to healthy, local organic food.

What people put in their bodies has a direct link to their health she says, adding that hospitals have a responsibility to give their patients better food.

“I generally feel that hospital food is pretty terrible and gross, which I always find ironic since that’s where we are sick and at our most vulnerable and we need to be nourished,” she says.

In addition to running the farm, Allen teaches a number of farming workshops to educate patients, employees and their families on how to grow their own food. The hospital’s teaching kitchen employs a number of food technicians and dieticians who offer their expertise to patients on how they can make meals with the local produce they’re given.

This is part of the medical center’s objective to not only give patients good food, but also provide them the tools to lead a healthy life.

Golden, who has used the pantry for the last three years, says the experience has changed the way she looks at food.

“I’ve gone many days with nothing to eat, so I know what that feels like when you get something like the food pantry that gives you what you need to stay healthy,” she says. “I appreciate all the people that put their heart into working in the garden. If only they knew how we really need them.”

What do they do in winter?

What is a milk crate system?

Amazing idea!! Who can I contact regarding more technical information about the farming system used please?

This needs to be replicated the world over.