The Online Beef Between Farmers And Vegans 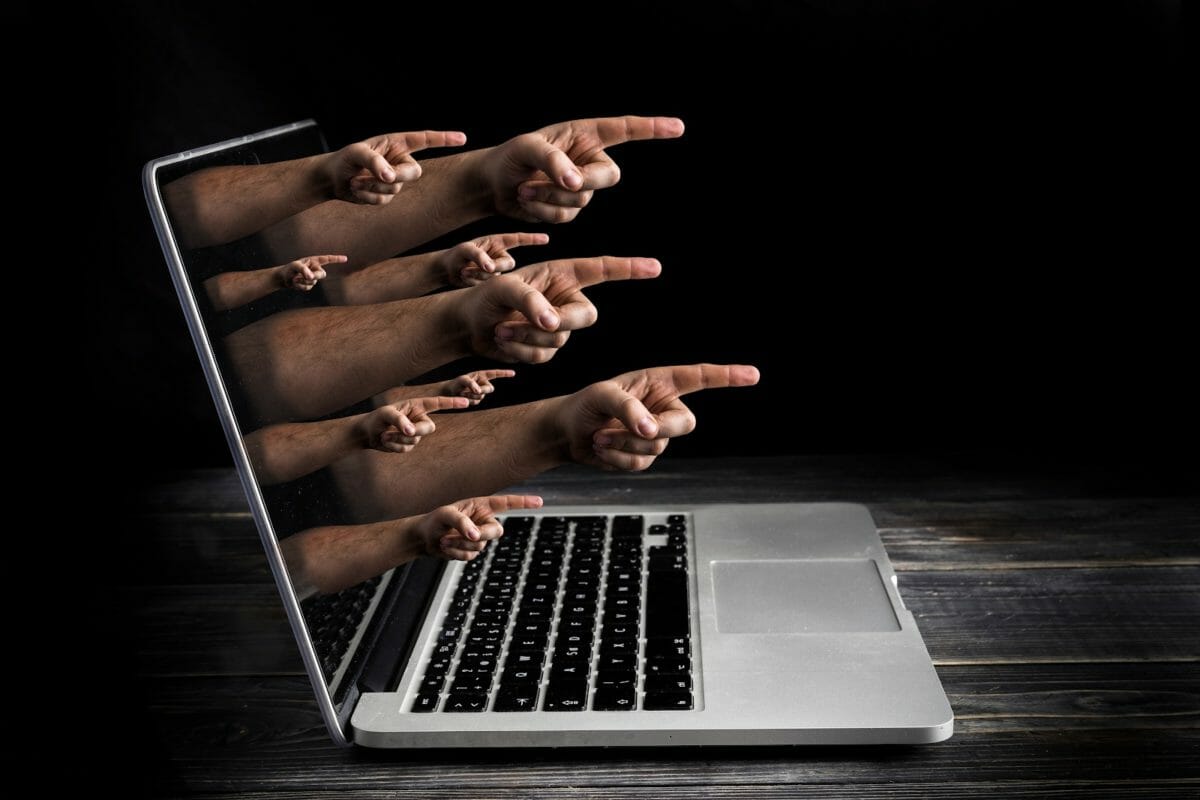 For the past two years, Derrick Josi has been a daily target for vegans and animal rights activists online.

The fourth generation dairy farmer says he’s been active on social media platforms for years, but didn’t face cyber aggressors who take issue with his profession until he had built a strong following.

“They start to swarm you and attack you, and you have to deal with it,” he says.

Josi maintains a strong online presence with accounts on Twitter, Facebook and Instagram to keep his followers informed on the day-to-day affairs of his business. He also runs his own blog.

While many support his online updates, Josi says the vegan cyber bullies he deals with are simply misinformed about the way he farms.

He says having to put up with the name calling, threats and harassment is “standard,” for many farmers but still grueling.

“It drains you when it happens,” Josi says. “I’ve taken breaks before where I just put down the phone and walked away, just to get my sanity back.” 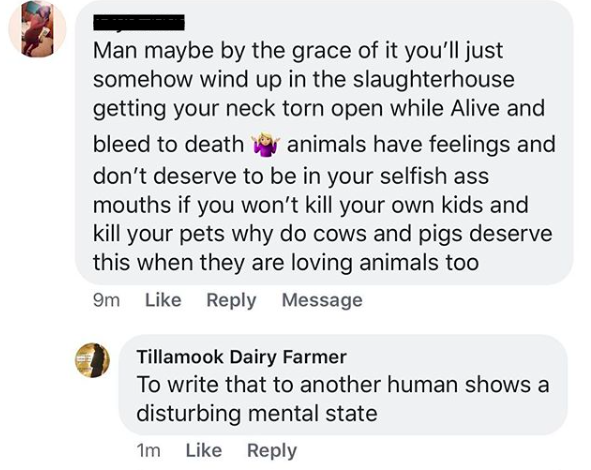 Dr. Robin Kowalski is a psychologist in Clemson, South Carolina who specializes in cyber bullying. She says online attacks can take a toll on anyone, but if you have other stressors in your life or ongoing mental health issues, it can amplify the psychological outcomes.

“We know that victims of cyber bullying experience increased anxiety, increased depression, they have higher levels of suicidal ideation like thinking about suicide,” she says.

Ted Matthews, a rural mental health expert in Minnesota who provides counseling to farmers, says online or not — vegans or activist groups trying to attack or discredit farmers is not something new. However, it’s still mentally taxing.

“Farmers work incredibly hard and to be attacked for doing what they do; it’s way beyond frustrating,” he says.

They also attack family members. Josi’s wife’s social media accounts are frequently clogged with threatening or hostile messages. And when his daughter was born about a year ago, Josi received messages that equated her to livestock. “I had several activists making comments about when we were going to send her to slaughter or how come she gets to stay with her mother and isn’t taken away like the calves are,” he says.

Daniel and Stephanie Zetah, a husband and wife duo who own New Story Farm in Hutchinson, Minnesota, remember the first time they were attacked online. After an article was posted about their farm in 2016 that they say went viral, a lot of people visited the farm’s Facebook page. In one instance, a user posted a cartoon of a woman who petting a dog and a cat in one hand, and carrying a bloody knife in the other hand that was pointed at farm animals. “She was challenging us and saying ‘how can you say you love your cow and pet it and cuddle it and kill it and eat it?’” Stephanie Zetah says.

The couple says they would take part in productive online discussions with those who question their farming, but they do not have time for personal attacks. “Farming is stressful because of its very nature,” says Daniel Zetah. “Then on top of that, you have somebody calling you names or threatening your family with violence because they don’t agree with what you’re doing. It’s just one more thing a farmer doesn’t need.”

And Josi says that even though it’s sometimes overwhelming in cyberspace, he feels he has a responsibility to be honest about the way he farms, and to try to debunk those who spread false information. “People still trust a farmer,” he says. “They just want to know what we do and why we do it.”

Living in an agricultural state all my life it totally baffles me how, mostly big city people, can socially and physically attack ag business without educating themselves on the subject. They are clueless and believe the AR groups without opening their minds for education. This makes for a very sad situation that a group is allowed to try to destroy another’s business.

Derrick is smart, logical, practical, enlightening, entertaining. He has made Oregon real to someone in So Florida,and I love dairy cows. Love ya man!

I love watching the videos about the cows. They’re very informative. I hope you all continue to do what you’re doing. Thanks again!

This is so true! I’m in south Texas. We have beef cattle. These activist do not understand just how hard it can be just to keep these animals alive. Change of weather, they stress, they can drop dead or get sick to where a vet is called because we do not want to lose the cow. Then….just loading up a sick animal can stress it to death. That in itself is the cruelest thing to watch. You are trying your hardest to get your down cow/sick animal help, and they die while you’re loading them. It happens. Slaughter is way… Read more »

I,too,love to watch Derricks videos. They are informative, humorous and enlightening. As a child I toured a dairy farm, his is waaaaayy more humane/clean than it was 60 years ago. I understand the vegan diet, that’s YOUR choice, don’t force it upon others. We only have one planet, can’t we learn to live together-in peace?

I was raised on a dairy farm. What a wonderful upbringing! God bless farmers. Thank you for all the hard work you do to feed us.

I grew up with a farmer grandpa. Everything was honest. He raised turkeys and chickens. Many got killed and butchered. That’s how they made a living. He had a few cows holsteins who he milked twice a day. My grand Mac made farmers cheese. Had fresh eggs had delicious milk. But after aging the sent their last cow off not sure where. Didn’t get more chicks. Raised veg and fruit. But that was farming. Yelling about small farms is dumb. Go after the Giants if you must but family farms are the best.

Cyber bullies remind me of all the kids in school who are bullied, some who end their own lives; bullies are sick, sadistic, and pathetic, and apparently have time on their hands to deride someone going about their lives as honestly as they can. Derrick’s posts are so informative, human, funny, educational, insightful. I agree with most of the responses, some not so much. I wouldn’t presume to question someone about his methods, someone who is a fourth generation doing what he’s doing. I sure can’t say that.

I’m a fourth generation Coloradan, and this is beef country out here on the eastern Plains. My uncle, a hero of mine, was a veterinarian (large and small animals) for over 40 years. My grandfather was a horseman all his life. My father was a police officer who once trained K9 police dogs, as did my brother. All of that is background to this: It’s appalling to me that people who claim to feel so much for animals actually know so little about them. Cows are loving animals? My dog isn’t even a loving animal. She’s a non-sentient mammal that… Read more »

Wow, disturbing and my heart goes out to these farmers