Five Midterm Races Where Farming Was a Factor

Farmers are small in number, but in an era of stark urban-rural divides they have an outsize electoral impact. 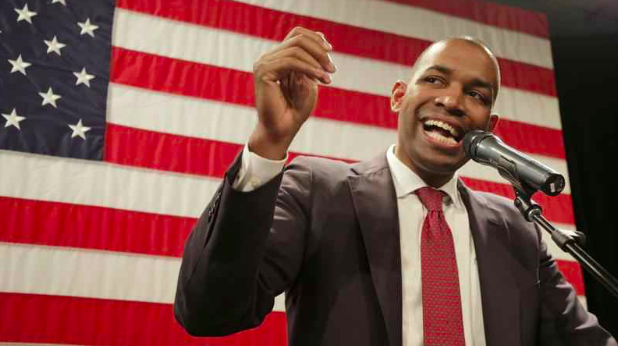 If there is one thing yesterday’s elections reinforced, it is that city folks and country folks are firmly rooted on opposite sides of America’s partisan divide. Farmers are traditionally a conservative bunch and they have flocked to President Trump, even when it is questionable that it’s in their best interests to do so.

The President’s trade wars have caused the export value of certain crops, most notably soybeans (America’s biggest ag export) to plummet. And his stance on immigration stands to have a profound impact on the cheap foreign labor that farmers rely on, which is already in short supply. These are but a couple of the issues that figured heavily in closely contested rural races.

Incumbents are listed first below, while the winner (where known at press time) is underlined.

Heitkamp, the Democratic incumbent in this extremely rural state which exports huge quantities of soybeans to China, hoped that the farmers hurting from the President’s trade war would help propel her to victory. If any farmers did jump ship, their numbers were not enough to overcome her opponent, a Trump protégé who has expressed support for the trade war.

This race remains too close to call — as of press time, the Democratic incumbent leads his opponent by a mere 1,000 votes. Tester is one of two organic farmers in Congress, so a loss here would be a major blow to the movement. If he wins, it will at least be in part due to his ability to connect with the state’s many farmers and ranchers.

John Faso, a member of the House Ag Committee, which is heavily sympathetic to the interests of industrial agriculture, was always an odd fit with this Hudson Valley district, an area known as a mecca for organic farmers — one agricultural demographic that tilts heavily to the left.

Scholten’s longshot campaign to defeat the notoriously racist incumbent leaned heavily on his family’s deep farming roots in the area. He traveled the countryside in a used Winnebago converted into a campaign bus, often stopping at farms and grain elevators to ask for farmers’ support. This transformed the race from a sure win for King — the district is extremely conservative — into a nail-biter. In the end, however, King squeaked out a victory.

This race remains too close to call — as of press time, the Republican incumbent leads his opponent by less than 1,500 votes. This Central Valley district is known as a haven of corporate agriculture, which typically tilts right. But it is also home to a large Hispanic population, which supplies the labor force for the farms. Whether the left-leaning immigrant community will tip the scales for the Democrat remains to be seen.