Meet the fun little grain that could be destroyed by the China-U.S. trade war. 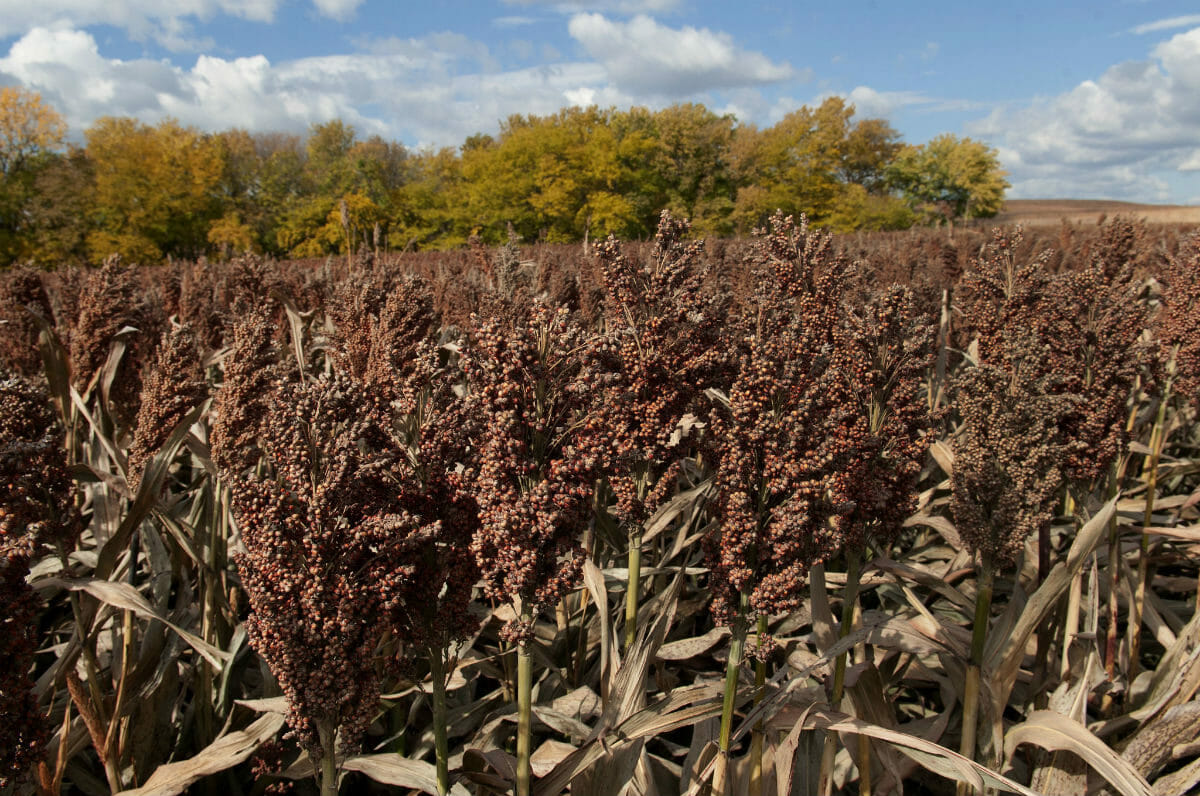 This week, China announced what effectively amounts to a tax on American sorghum. Sorghum is not an especially well-known grain in the United States, but the U.S. grows more of it than any other country, and China is its biggest buyer, which ramps up the potential damage of a new tarrif levied on the grain to the tune of nearly $960 million.

Sorghum grows very well in hot and/or dry climates. Kansas, Texas, and Colorado are the biggest producers of the grain, which accounts for about 5.6 million acres of domestic farmland. Sorghum is an interesting crop. It can be grown for use as a grain, for biofuel, for sweet uses, and for grazing. As a grain, it’s more nutritious than most cereals – more like quinoa than corn: high in protein and antioxidants. In the American South, it’s most often processed into a sweet syrup similar to molasses.

China began purchasing sorghum, which was never an especially popular item in the U.S., in bulk starting in late 2013, according to the LA Times. American sorghum served as an inexpensive replacement for Chinese corn, which was having a tough year, in animal feed. The low price also lead to more American sorghum being imported by China for use in making baijiu, a clear, Chinese, grain alcohol. The demand for sorghum prompted more American farmers to start planting the crop and the market has been growing ever since.

But after the Trump administration initiated trade threats against China, China began responding with retaliatory tariffs of its own. Sorghum is the latest: China says that importers of American sorghum will have to pay a 178.6 percent “deposit” on their wares, and accused American sorghum producers of “dumping” sorghum on China. Dumping, in this case, would mean that the producers are selling their products at a deliberate loss and injuring the domestic Chinese sorghum industry. The trade group National Sorghum Growers, which represents American sorghum farmers, flatly states that no dumping is taking place and that the sorghum growers are pawns in a larger trade war.

Sorghum is not as well-known or as large a crop as soybeans, but China’s tariffs are specifically targeted to hurt American farmers (and thus indirectly put pressure on President Trump). A tariff on, say, American tomatoes would not be that damaging to the U.S. agriculture industry; there are plenty of other buyers. But to tax sorghum could immediately rupture an entire sector.