USDA Responds to SNAP Issues at Farmers Market, But Does Not Clarify - Modern Farmer
Food & Drink

USDA Responds to SNAP Issues at Farmers Market, But Does Not Clarify

We have some clues about what's going on, but not the full story. 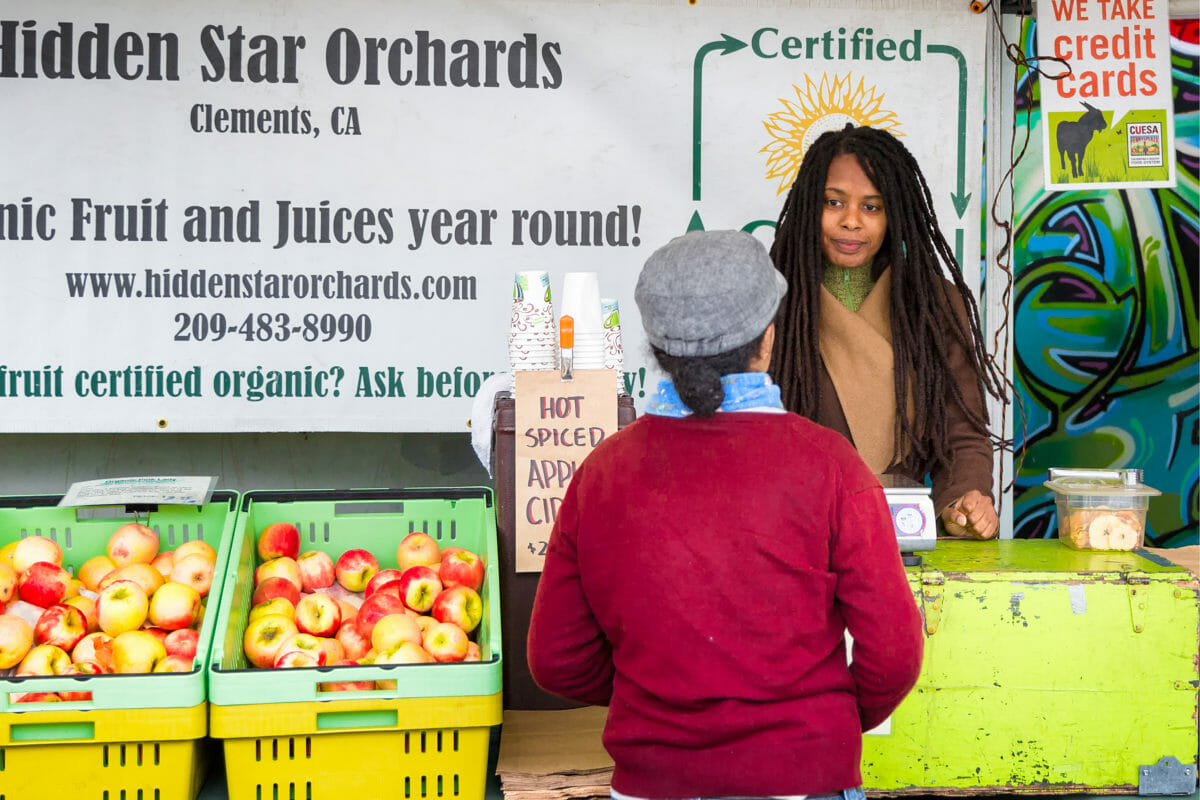 Originally reported by the Washington Post (and explained further by us), here’s what happened: use of SNAP benefits (better known as food stamps) at farmers markets has been increasing more and more each year. But the system used to actually process the payments is supported by a middleman between the USDA and the markets. Until recently, that middleman was the Famers Market Coalition, but the USDA recently awarded the contract to a new middleman.

The story sparked outrage among many of our readers, who were aghast that such an obviously beneficial system could be falling apart. Programs which encourage the use of SNAP at farmers markets have wide support across the political spectrum; essentially nobody is against it.

The USDA finally released a statement addressing the stories. In a quote attributed to Food and Nutrition Service Administrator Brandon Lipps, the USDA’s statement reads, in part:

“Farmers markets play an important role in providing Americans with access to nutritious foods. FNS is committed to encouraging farmers market participation in SNAP, to improve access for low-income Americans while supporting economic opportunities for farmers and producers.”

The statement continues: “Since being notified of the provider’s decision to discontinue service, USDA has been exploring all available options in an attempt to avoid a service disruption. Our number one goal is to mitigate the impact on our program participants as well as farmers and producers.”

The First Problem With That Statement

Let’s start off with the problem of that first clause, “Since being notified of the provider’s decision to discontinue service.” That provider, Novo Dia, told us that, despite repeated attempts to get anyone from FTM on the phone, it took weeks to get a response, at which time Novo Dia was told that it would not be supported. The USDA’s phrasing makes it sound like Novo Dia surprised the USDA with its decision, and that this was Novo Dia’s decision at all. Both are false; according to Novo Dia’s president, Josh Wiles, Novo Dia would have been happy to continue providing its service, and would certainly have said something earlier if anyone at either FTM or the USDA had communicated with them.

We reached out to FNS for clarification on several parts of the statement; FNS did not respond. We are continuing to contact them and will update if we get a comment.

It Gets More Convoluted

Going further down in the USDA statement we have this: “Throughout the program, FNS has worked with three different contractors; the National Association of Farmers’ Market Nutrition Programs (also known as MarketLink), the Farmers Market Coalition (FMC), and most recently, Financial Transaction Management (FTM). All three contracts were awarded through an open, competitive process that complied with federal contracting laws, and the companies were chosen because they were both technically acceptable and the best value.”

FTM, as we reported, is listed on GovTribe as having a single employee, who did not respond to repeated requests for comment. FTM was also formed mere weeks before the contract became available, and neither FTM nor the USDA has provided documentation regarding who FTM is, why they were awarded the contract, and what their plans are for the future of this program, none of which is particularly “open.”

“FNS will continue to work with FTM to ensure that markets and farmers have access to this important program,” reads the statement. “Like previous contracts, it is intended to help new markets get equipment and begin processing SNAP transactions ”“ not serve as a permanent support. FTM has no role in supporting those markets equipped under previous contracts.”

This is a bizarre statement. If FTM “has no role in supporting those markets equipped under previous contracts,” why would FTM be able to end those same contracts? How can FTM both have “no role” and also the ability to cut off those contracts?

“Moving forward, FNS will continue to work with interested mobile payments providers, while seeking to modernize the approach by employing a bring-your-own-device model for accepting SNAP EBT transactions, Food Insecurity Nutrition Incentive (FINI), and electronic payments from the Special Supplemental Nutrition Program for Women, Infants, and Children (eWIC),” reads the statement. “Under this approach, business operators would purchase their own-point-of sale-equipment such as mobile phones and/or transaction terminals.”

Here is where we start to see what FTM might have pitched. Translating this, it seems that the FNS is suggesting that farmers markets will not receive grants to purchase payment processing equipment or services, meaning that those markets would have to purchase that equipment themselves. For many markets, this will not be possible; small farmers operate on razor-thin margins, and the added cost of having to pay for their own equipment and processing fees could well be too much to handle. But FNS, again, has not clarified exactly what they mean by this.

This appears to be a cost-cutting measure for a program which is already incredibly cheap, wildly beneficial to the economy and to small farmers, and which provides much-needed healthy food to those who need it the most. If the USDA’s plan is to cut the funding for processing, that would equate to cutting off support for SNAP at farmers markets – something which is, objectively, craven and disgusting. We’ll update you if and when we hear more.

Related
Books, Food & Drink
In Michael Twitty’s Kitchen, There’s Room to Be Your Whole SelfEmily Baron Cadloff
Food & Drink, Plants
The Best Alternative Grain Flours to Have in Your Pantry—If There’s Enough...Pearse Anderson
Food & Drink, Plants
When Sharing Seeds Grows More Than Just FoodShea Swenson
Labor
California Farmworkers Embark on 335-Mile March for Voting RightsShea Swenson
wpDiscuz
We use cookies on our website to give you the most relevant experience by remembering your preferences and repeat visits. By clicking “Accept”, you consent to the use of ALL the cookies.
Cookie settings ACCEPT
Privacy & Cookies Policy