What Does a Seed Farmer Do? - Modern Farmer
Plants

What Does a Seed Farmer Do?

Some farmers grow food. Others grow the seed that the rest of the world plants. Here we detail the role of a seed farmer. 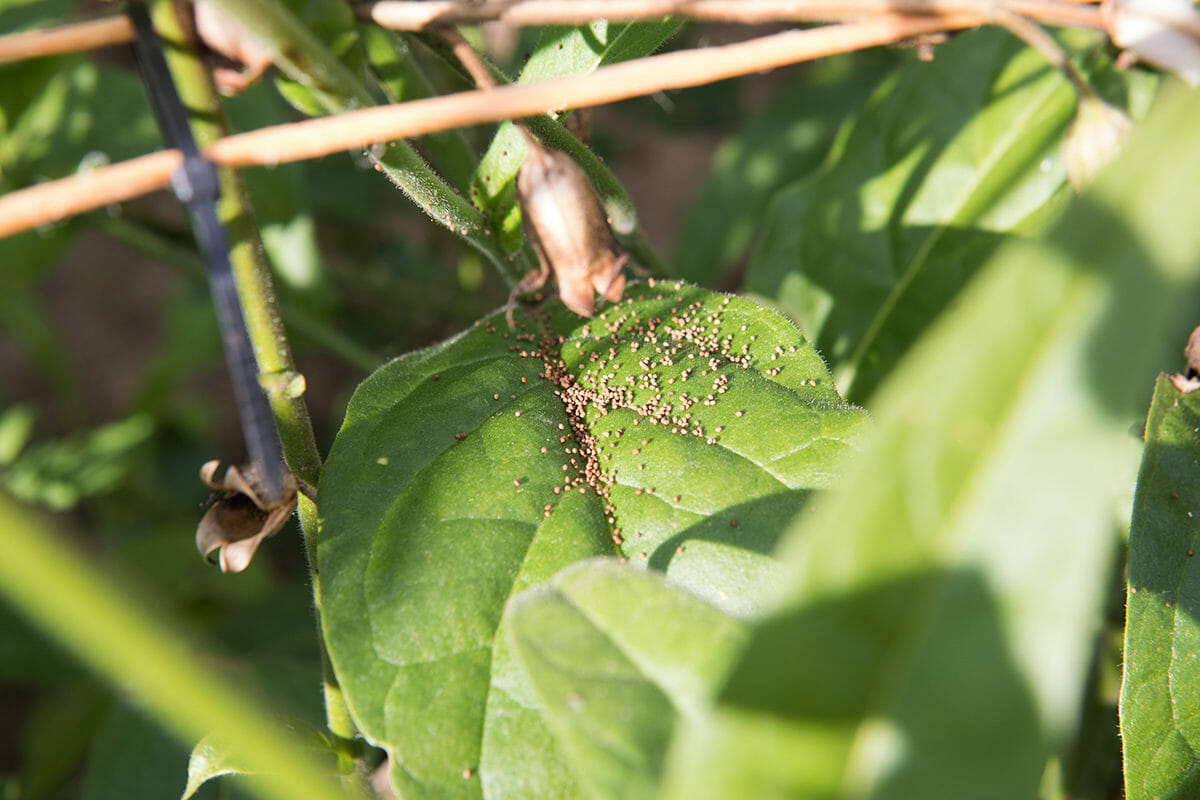 What do seed farmers do?

Generally speaking, seed farmers grow a crops in a way that optimizes the quantity and quality of its seed for the purpose of selling it to other farmers and gardeners. How they do this varies. Sometimes this means leaving the crop on the plant until it is overripe – the seeds of many species do not mature until the fruit they are encased in is past its prime. In other cases, like tomatoes, cucumbers, and cantaloupes, the seeds must be slightly fermented to make the seed viable. Bees or other insects are often introduced to aid in pollination, though some crops are pollinated by hand with a little brush. There are many other tricks of the trade.

What is a seed farmer ultimately trying to do?

A seed farmer’s goal is to produce large yields of seed with a high germination rate. Spindly crops produce small quantities of weak, malformed seed, making crop health and vitality arguably even more important to seed farmers than it is to farmers producing crops for food. Some plant diseases are transmitted through seeds, so sanitation and “biosecurity” – protocols to prevent the introduction of unwanted pathogens to the farm – are paramount.

In addition to the standard farming equipment required to raise the plants, a range of specialized equipment may be required to harvest, process and preserve the seeds.This may mean a particular combine to harvest the seed, or dedicated machinery that separates the seed from its husk, shell, or other form of covering.

All seed must be dried to exacting standards to ensure high germination rates – another step in the process that often requires its own specific set of expensive equipment and specialized buildings. However, many seed farmers opt to stop before this step and keep their role to harvesting the seeds, after which they’ll sell them directly to seed companies that take care of the rest of the steps, collectively termed “seed conditioning.”

How is purity assured?

Think of your favorite tomato – its size, color, shape, flavor, etc. Those are distinct genetic traits that defines that particular cultivar. But with many plants, reproducing those traits is not as simple as harvesting the seed and planting it again. That’s because pollen from closely related plants can enter the flower (either via wind or with the help of a flying insect), introducing another set of genes with different traits. The crop resulting from those seeds will not be true-to-type – the same as the parent, that is. Preventing cross-pollination is one of the biggest practical challenges for seed farmers, and they employ a variety of methods to isolate their plantings from closely related crops and wild plants.

How big is the seed industry?

Growers of flowers, herbs, vegetables, grains, legumes, and fodder crops all rely on seed farmers for their planting material. Fruits and nuts are an exception, as these crops are generally reproduced through cuttings and by grafting (rather than grown from seed). The $58 billion global seed market – in which patented GMO seeds are the dominant commodity – is controlled primarily by large agribusinesses, though small, independent seed growers and co-ops are on the rise.

How does organic seed differ from conventional seed?

Under the USDA organic standards, organic farmers may only plant seed produced by organic methods (though there are exemptions in cases where sufficient organic seed is not available). Besides being grown on organic seed farms, certified organic seed may not be genetically modified or treated with any chemicals. (On the flip side, conventional seed is commonly fumigated or coated with agrichemicals to deter pests and pathogens.) Organic seed farming is a potentially lucrative business opportunity, as demand far outstrips supply.

Where does hybrid seed come into play?

Plant breeders long ago discovered that “crossing” – strategically introducing pollen from one cultivar to another – could produce improved yields, flavors, and resistance to pests and disease. They also discovered that the first-generation offspring of hybrid crosses tended to display exceptional growth, a trait termed “hybrid vigor.” Most modern seed varieties are hybrids, while heirloom seeds are generally “open-pollinated.” Organic farmers are permitted to use either.

The disadvantage of hybrids is that the seed they produce does not grow true-to-type when planted – to produce another crop of hybrid seeds, you must cross the same parent varieties anew. Crossing is a specialized skill, especially since many hybrids have complex ancestry involving multiple parents crossed over several generations, which is why farmers are generally reliant on experts to produce them.

What about seed patents?

Unique cultivars produced through hybridization and other forms of plant breeding are considered intellectual property and are eligible to be patented. Some types of patents allow growers to save the seed from their crops to replant it for themselves, while others do not; in any case, patented seed may not be harvested and sold by anyone except the patent holder. The idea is by asserting ownership of a desirable variety, patent holders are able to recoup their investment in breeding it (it takes at least 10 years of breeding to produce most new seed varieties).

Many modern seed varieties are patented, including some used in organic farming (the organic standards do not prohibit their use). But the concept is most widely associated with GMO crops, largely because of several high-profile cases in which farmers have been sued by bioengineering companies for patent infringement. Patents expire after 20 years, however, at which point the genetic material is “in the commons.” This is why you never find patented heirloom seeds – they are too old.

What other regulatory considerations are there?

Certain types of seed are subject to inspection by state agencies to check for the presence of noxious weeds, which can inadvertently spread if they get mixed-in with batches of bulk seed. Also, many seed farmers choose to have their seed “certified,” which means a third party (typically a state agency or regional seed association) inspects and tests each batch to ensure that it is true-to-type, free of weeds, and has a high germination rate. Not all seed companies require this step, though many pay more for certified seed.

How does one become a seed farmer?

Most seed farming is done through contracts with established seed companies, so contact a few to see if they have a need for a seed crop that your land is well-suited to produce. Many farmers take up seed growing as a side business, rather than as their sole source of income. Land grant universities and local cooperative extension offices often offer classes and technical advice on growing seed for specific crops. To get involved in organic seed production, consider getting involved with the Southern Exposure Seed Exchange or the Organic Seed Alliance.

it’s agood idea to comment for every one want to take part on this website so good result.

Seed basic unit for food
Hence seed is food .let work seriously to produce as per the demand of the population