Once a key component of southern cuisine, hill rice disappeared before World War I. But it looks like a new found crop growing in Trinidad can help revive the grain. 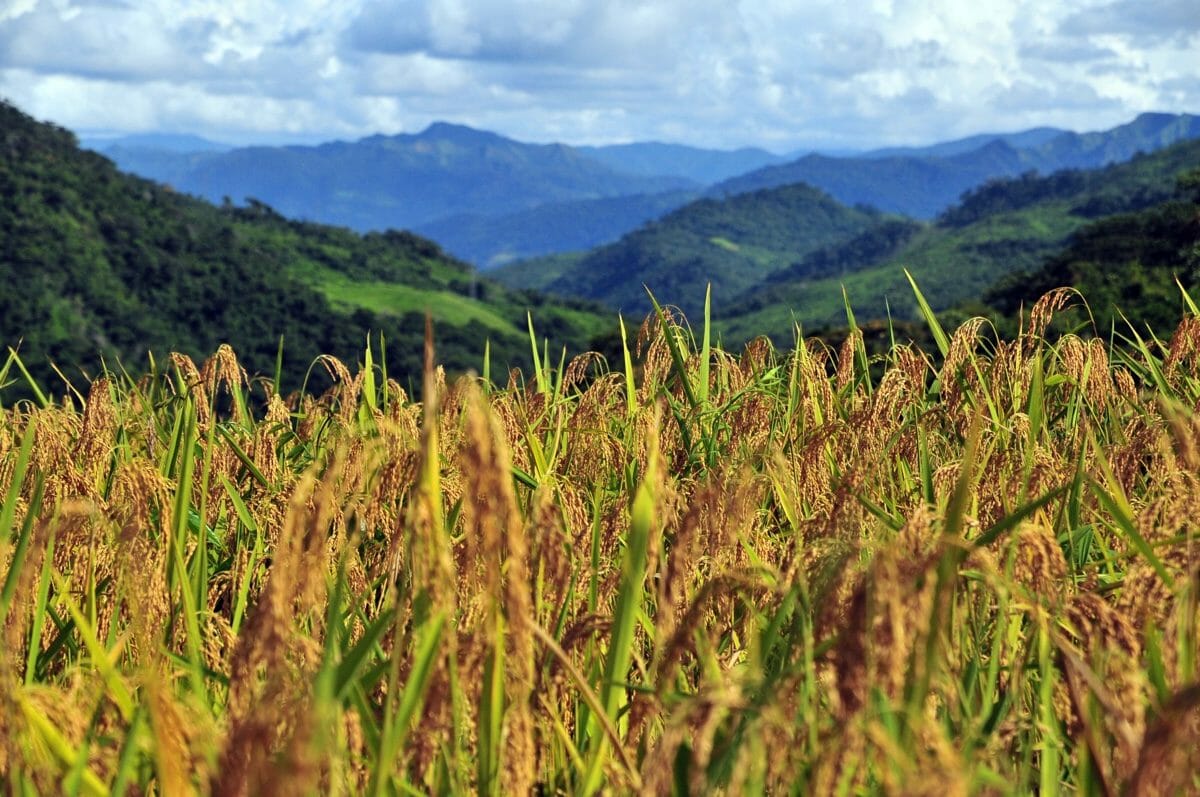 Upland rice is a type of rice grown on dry hills rather than in paddies.
Photography Neil Palmer (CIAT) on Flickr
Share
Tweet
Pin
Email
389 Shares

But a greater interest in the food from this era, especially the lowland south (the coastal stretch running from North Carolina to northern Florida), has exploded in recent years, thanks to dedicated chef-historians and foundations like the Southern Foodways Alliance. A new discovery may fill in some of those blanks – despite not coming in the United States at all.

The New York Times has a great look at the story of hill rice, which is sometimes referred to as “upland red bearded rice.” Most rice varieties are grown in shallow water created by flooding paddies, while upland rice varieties are grown on dry land, usually in hilly or mountainous areas. This style is most commonly grown today in Southeast Asia, though its overall a very small proportion of total production of rice.

Rice, along with legumes, was a vital part of the cuisine of the African diaspora in the lowland south for hundreds of years, but many of those heirloom varieties have been lost. Over the past few decades, however, efforts to find and reproduce these classic crops again have taken off. The biggest success story is undoubtedly Carolina Gold rice, which was rediscovered in the early 2000s. And now, we can add hill rice to that list.

In the 1800s, hill rice was pitched as a solution to the swampy, malaria-ridden rice paddy fields. The grain became a staple of southern cuisine throughout the 1800s, beloved for its almost barley-like texture and flavor. But since the early 20th century, hill rice has existed only in stories. Until recently that is.

In December of 2016, a connection between a Charleston-based chef and a Trinidadian ethnobotanist (that’s someone who studies the plants of a specific region or culture and how they’re used) turned up something crazy: hill rice, growing in Trinidad. The theory is that during the War of 1812, the British offered American slaves plots of land in Trinidad in exchange for fighting their masters. They agreed, and brought the grain with them when they settled in the Caribbean. Here in the U.S., hill rice was eventually replaced by easier-to-grow, higher-yield varieties by the early 20th century.

Scientists analyzed the genome of the hill rice found in Trinidad to find out more about its origins. It turns out to be a Southeast Asian variety, transported to West Africa sometime between the 16th and 18th centuries. There are few written accounts to indicate how it made its way from Southeast Asia to the American South to Trinidad, although there is one: Thomas Jefferson wrote of receiving a barrel of hill rice seeds from a ship captain returning from Africa in 1790, some of which he gifted to southern farmers. Whether the Trinidadian rice actually came from Jefferson’s barrel is not known, but what is known is that hill rice – previously just a story – is real, and will hopefully soon be seen in a dish near you – pending approval of USDA for farmers to grow the seed.

I need to buy hill rice seeds for our upland plantation.i knew it is nutritive rice for farmers in the absents of nutritive medicine that can be reachable by those reside in the hills upland area.