In a former iteration, Barefoot Botanicals grew all kinds of produce and operated a CSA. It was exhausting. But a shift in focus helped reduce stress and diversify clientele. 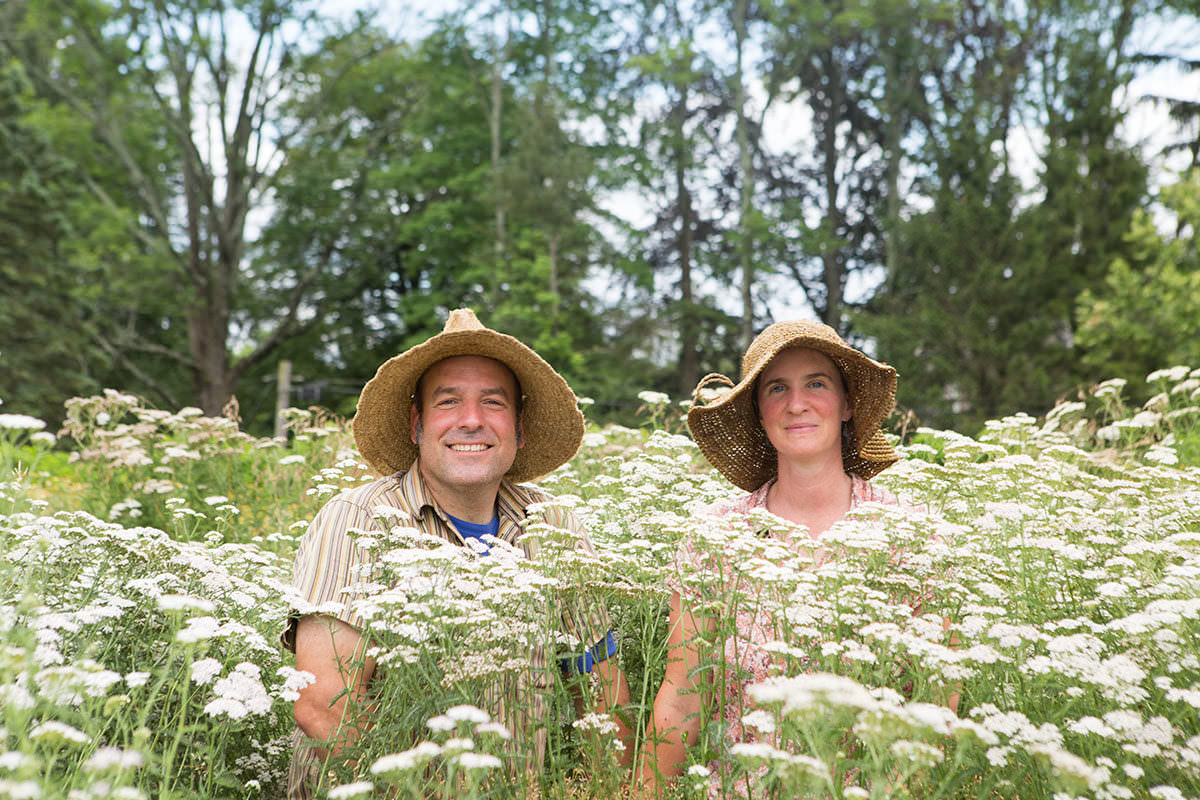 On the surface, it seemed a clear success story: Couple Achieves Marital Bliss Through Diversified Vegetable Operation. In reality? Such a wide variety of crops meant that the pair was locked into a cycle of continual sowing and reaping from April to November. “It was week after week of seeding, transplanting, and harvesting all at the same time,” explains Shanahan. “It was overwhelming.” Adds Vander Hyde, “We were burned out. And the numbers weren’t adding up.” Both had to take part-time jobs outside the farm just to make ends meet.

Even worse, per Shanahan: “Our work/life balance was so out of whack that it drove us to have difficulties with our marriage. We started questioning ourselves. Why do we live here? Why are we doing this?” Clearly, continuing along the same course was no longer a possibility. “We were either going to quit or change what we were doing,” she recalls.

Shanahan, a former nurse who studied public health in grad school, began to connect the dots between her background in medicine and the plants she was tending in Pennsylvania. What if, she thought, the farm shifted focus from zuchinni and tomatoes to catnip, yarrow, chamomile, lavender, and wormwood? “I began to believe that this transition would balance my needs with Eric’s. We would have more time for each other, too.” 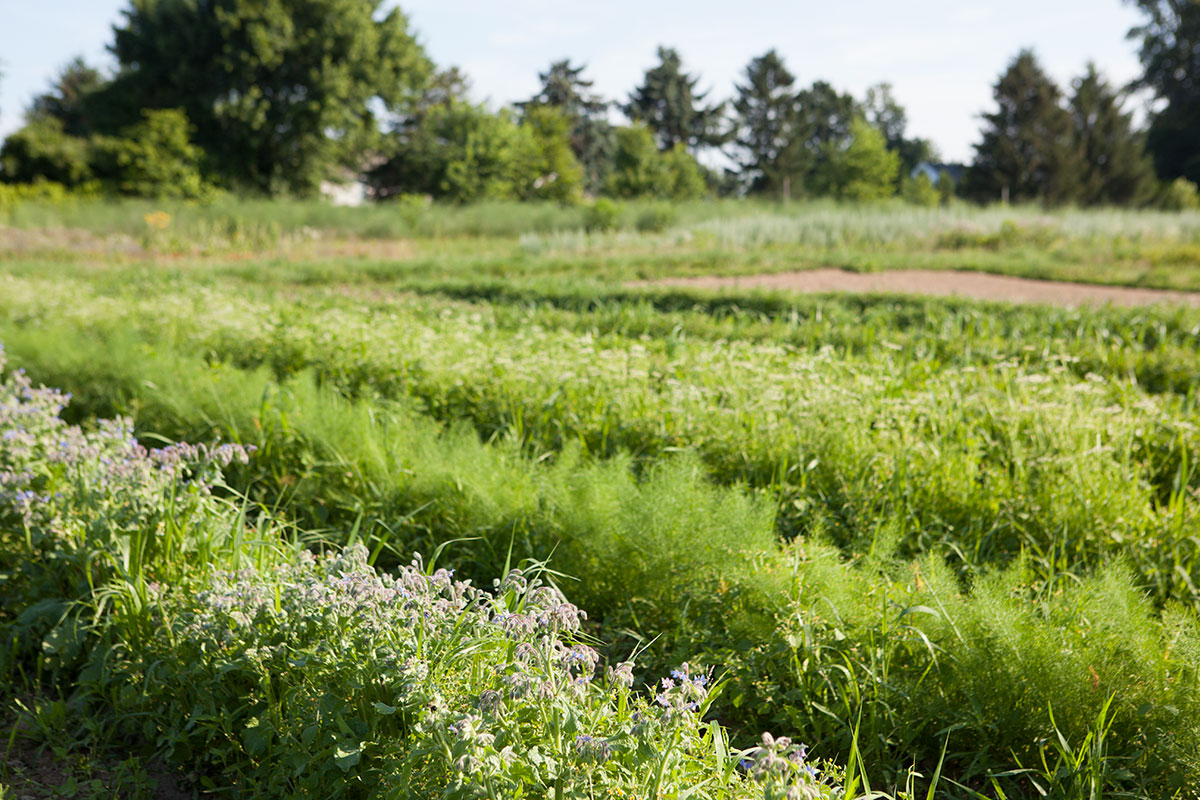 So at the end of the 2015 growing season, Shanahan and Vander Hyde shuttered their eight-year-old produce CSA, began cultivating herbs, and changed their name to Barefoot Botanicals. They also set out to identify a new customer base: not just farmers market shoppers, but wholesalers willing to buy in bulk. “We opened our minds to a different way of doing things,” Shanahan says. 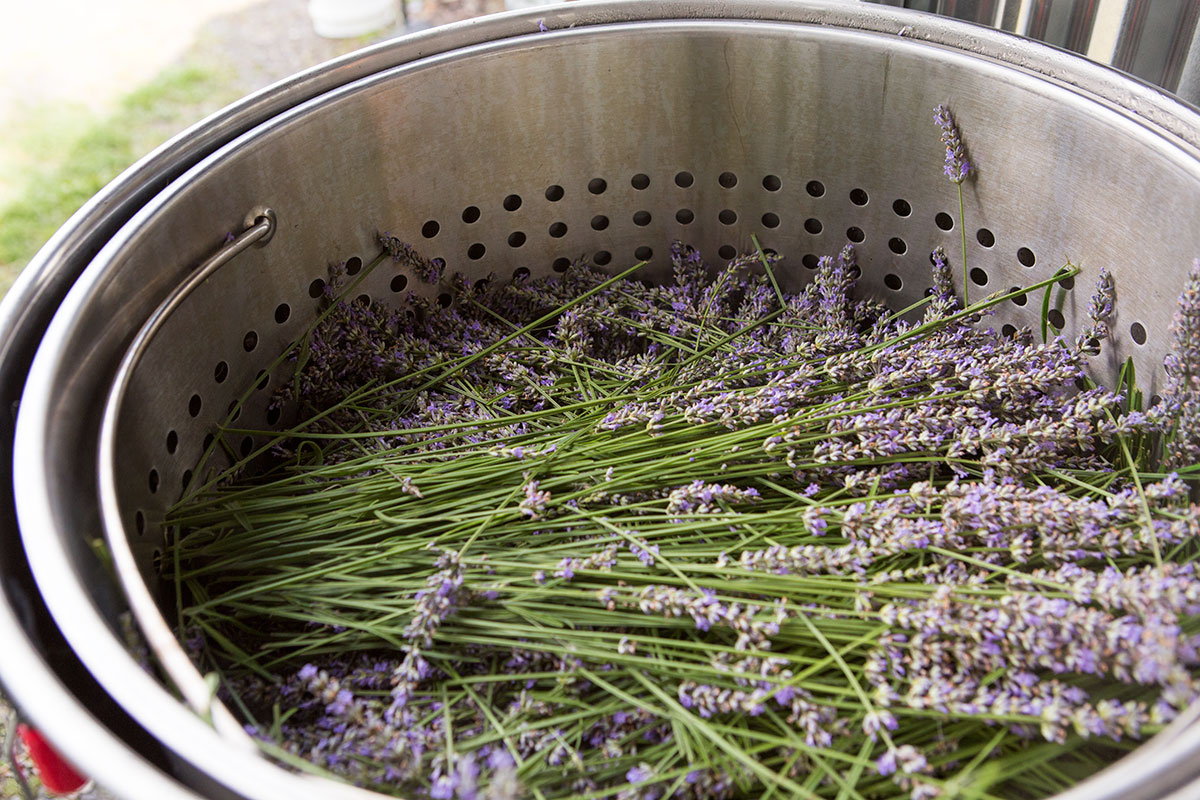 Among their current clients: Tower Hill Brewery in Chalfont, Pennsylvania, which purchases chamomile for its honey ale, and Laurel Whole Plant Organics, a California-based slow-beauty brand. With an eye toward next year, Vander Hyde says, he’s experimenting with using botanical syrups as mixers (hyssop with carbonated water, for instance). 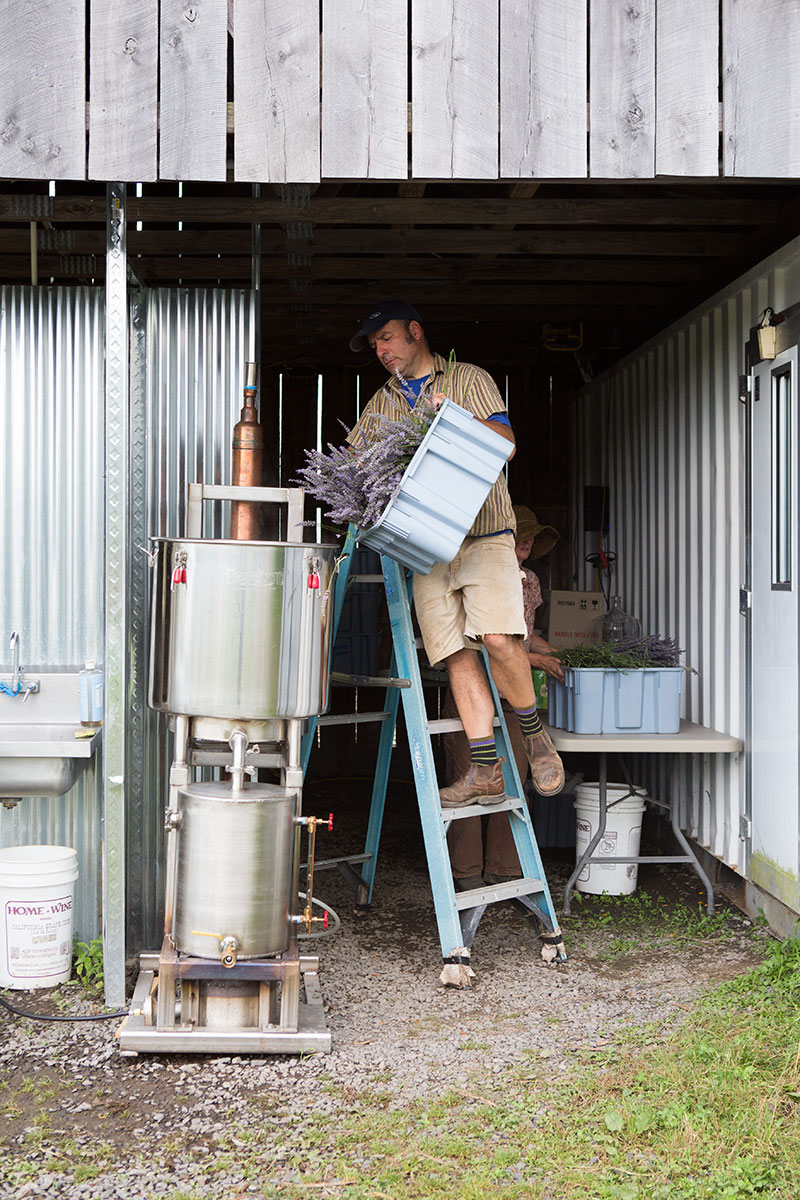 The latest – and possibly most surprising – partnership involves growing sunflowers for a new line of natural personal-care products, Seed Phytonutrients. “We don’t supply all of the sunflower seed oil for all of the products – we can’t produce on that scale,” Shanahan says. “But our sunflower seeds are in the formulas, and our farm is to some extent an extension of the Seed office.” 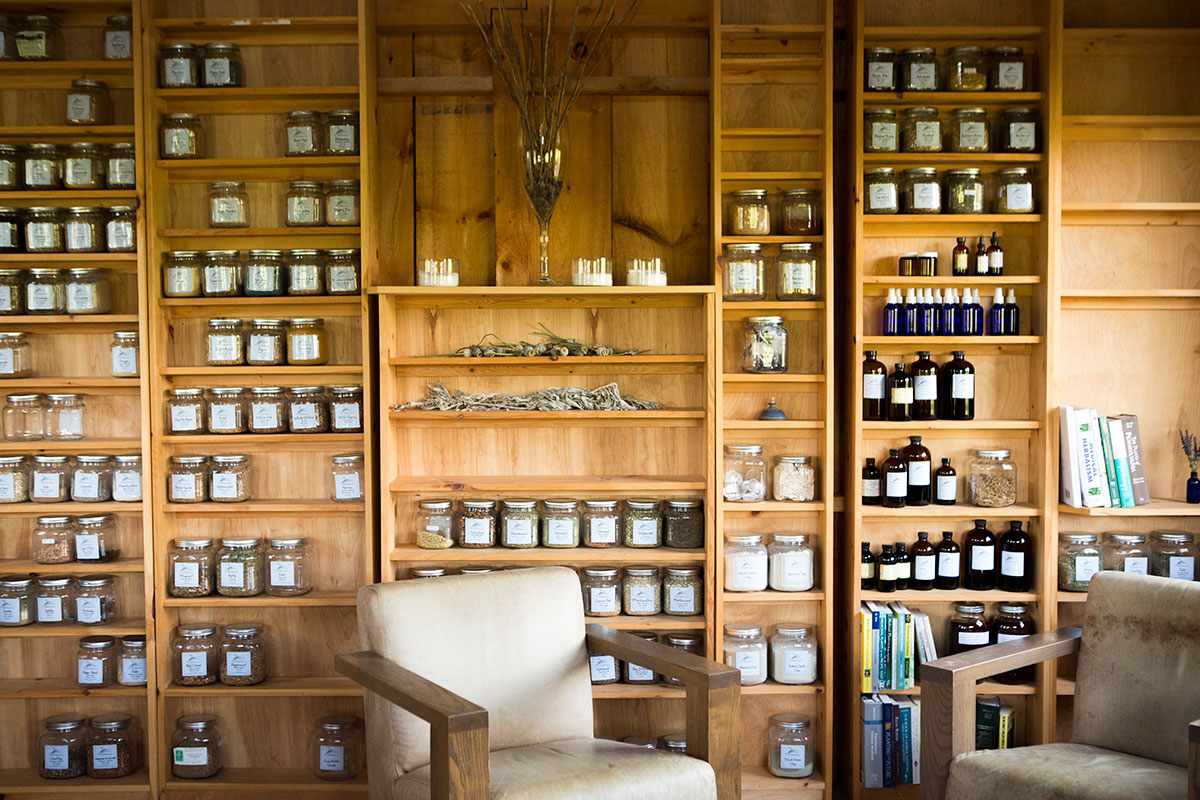 Indeed, Barefoot Botanicals lies just two miles down the road from Seed’s Doylestown HQ, and the brand’s staffers stop by the farm to observe, learn, or even hop on the tractor to check on the plants’ progress. “They’re not just coming here and buying the oil,” Vander Hyde says. Shanahan notes that whether or not the crop succeeds or fails, Seed pays a fair, pre-negotiated price paid in full, up front, upon planting. “They said, ‘We want you to be successful.’ They’re fostering the development of small-scale farms.” 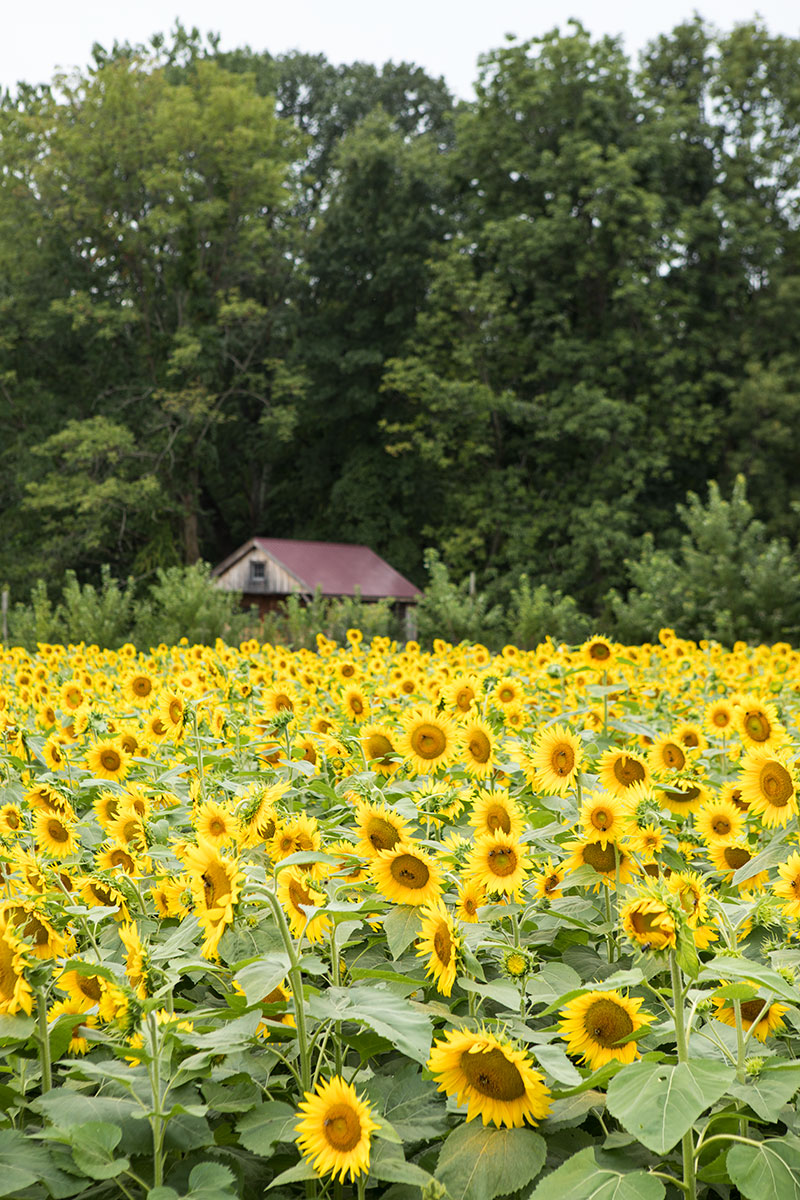 According to Brad Farrell, lead “marketing farmhand” for Seed Phytonutrients, supporting independent, sustainable agriculture is baked into the brand’s core mission. “We want to help struggling organic farmers. Our fear is that it’s getting so hard and expensive that no one will do it.”

Two seasons ago, Shanahan and Vander Hyde were certainly ready to give up. And today? The couple still logs long hours in the fields – what farmer doesn’t? – but, in part due to the investment and support from Seed, they’ve gained steadier financial footing. That, in turn, allows them to stress less and focus on each other more. “Of everything I’ve cultivated over the years,” Vander Hyde says, “My relationship with Linda is the most important.”

Hello!
Looking forward to your posts!