Another “Tail” of Courage from California Fires: Luna the Guard Dog Wouldn’t Leave Her Pigs

In another "tail" of courage, Luna, a two-year-old Great Pyrenees, refused to leave her heritage breed pigs behind during the Northern California Firestorm. 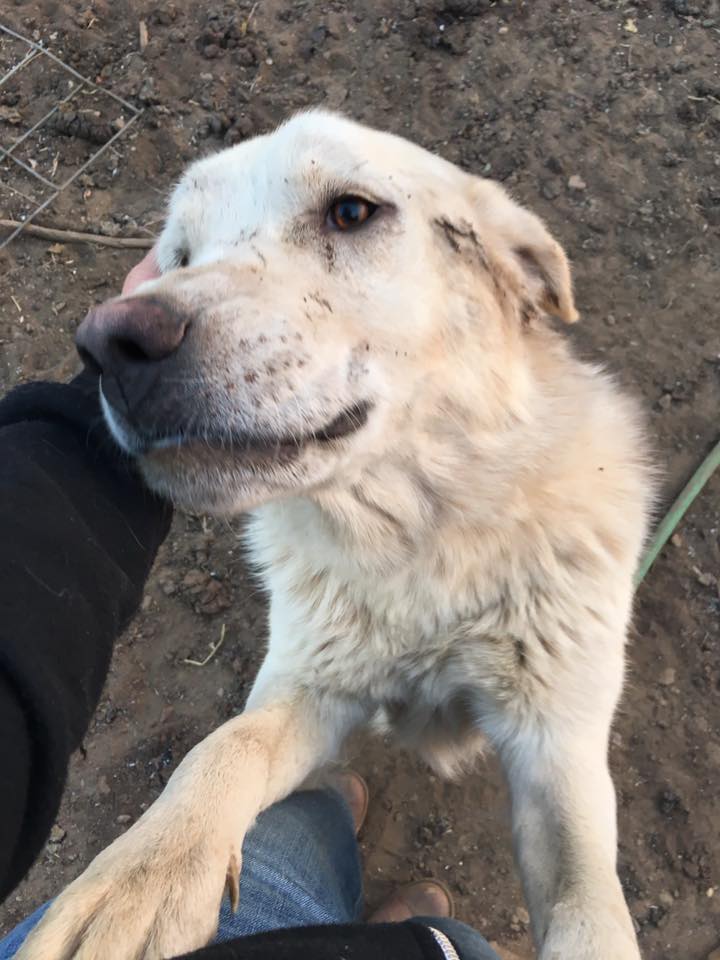 Meg Brown and her mother, Sharon, stood helplessly at the end of their property near Oroville, California, watching their ranch burn while members of the California Department of Forestry and Fire Protection (Cal Fire) tried to save as much as they could. Brown’s dog, Luna, and the more than two dozen pigs the Great Pyrenees had refused to leave were still on the property. Brown feared the worst.

The Cherokee wildfire, part of the Northern California firestorm that has claimed at least 40 lives and caused billions of dollars of damage, had swept quickly across the tinder-dry Sierra foothills the night of Sunday, Oct. 8.

“I could see a fence post pile go up and that’s near where my pigs are kept,” Brown, a sixth generation rancher, told Modern Farmer. “At that point I was like ‘oh my God they’re gone. I’ve lost them and Luna.’” 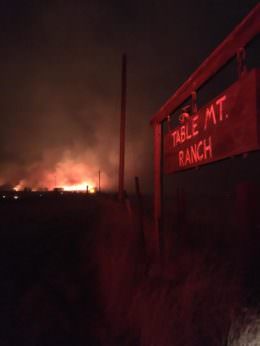 The ranch burning. All images courtesy of Megan Brown.

Two year-old Luna, her livestock guardian dog, refused to abandon the heritage-breed Red Wattle, Old Spot, and Mangalitsa pigs she’d been raised to protect, which she took to immediately the day Brown brought her home, at 12 weeks old. “We refer to them as her pigs,” says Brown. 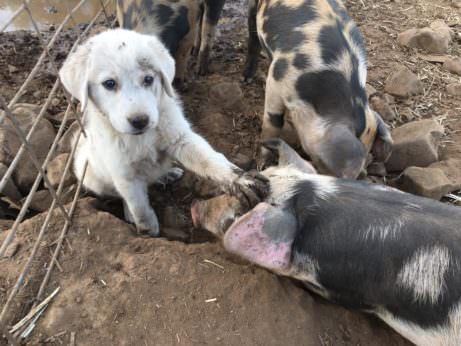 Luna as a puppy with her pigs.

Once a neighbor’s email had alerted Brown that a wildfire was heading her way, she had about five minutes to wake her mother, who lived next door, grab some clothes, and round up her other dogs – five Australian Kelpies that help out with the cattle – before the fire swept over a nearby hill and engulfed the ranch. Luna remained behind. A firefighter recalled seeing the dog standing in the doorway of the barn “like a statue” the entire night preventing the pigs from running out into the yard, which was on fire, as were several outbuildings.

Brown and her mother spent a sleepless night in their cars at the end of the driveway fielding frantic calls from her father, Gary, who was two hours away at their summer ranch in Plumas County, in the High Sierras, where they keep 250 head of cattle. Brown prepared herself for the worst. “I felt so helpless and I’m not a helpless woman,” she says.

The next morning the firefighters allowed Meg and Sharon onto the ranch. The pigs were unhurt – and so was Luna. Exhausted from her all-night vigil, but healthy. “She was laying out in front of her pigpen smiling at me, just grinning at me,” says Brown. “I started to cry.” 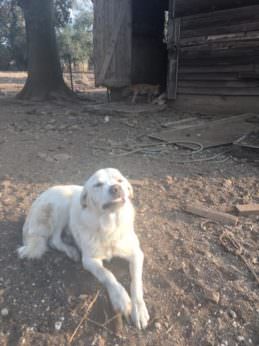 The firefighters managed to save the two homes on the property, along with the barn, but several old buildings had been reduced to ash, including a house built by Brown’s grandfather, as well as miles and miles of fencing. They also managed to save Sharon’s chicken flock. 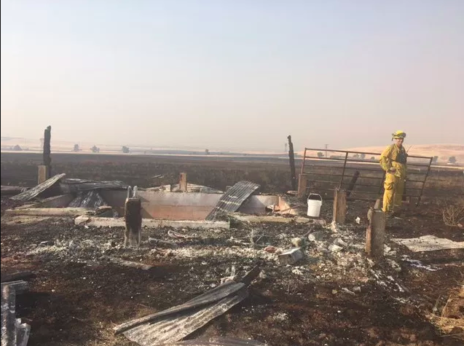 Some of the damage from the wildfire at the Brown ranch.

“We lived and we shouldn’t have,” says Brown. “The firefighters saved my bacon – literally – and my home. They went above and beyond. They deserve recognition for a job really well done.”

At first, the pigs were too frightened of the charred ground to leave the barn, but are now back to their old selves. Luna is, too, though Brown said that once she realized the danger is over, she slept longer than she’s ever seen her sleep.

“Afterwards, Luna really bonded with the Cal Fire crew. One night they camped out in front of our houses and she slept out there with them,” says Brown. “She knew they saved her. She was a big fan of those people.”

When asked, Brown, who was recently featured on the RFD-TV “FarmHer” television show, says they don’t plan to set up any online fundraising pages, since there were many others who had lost “so much more than us.” She says the community, and even FarmHer, has reached out with offers of money and labor. “That was a great thing and made me feel so much better,” she says. “We’re a strong community.”

Editor’s Note: If you enjoyed this story, make sure not to miss that of Odin, the guard dog in Santa Rosa who wouldn’t leave his goats – and adopted a few baby deer, too.