After the political earthquake of November 8th, the food movement assesses the damage. 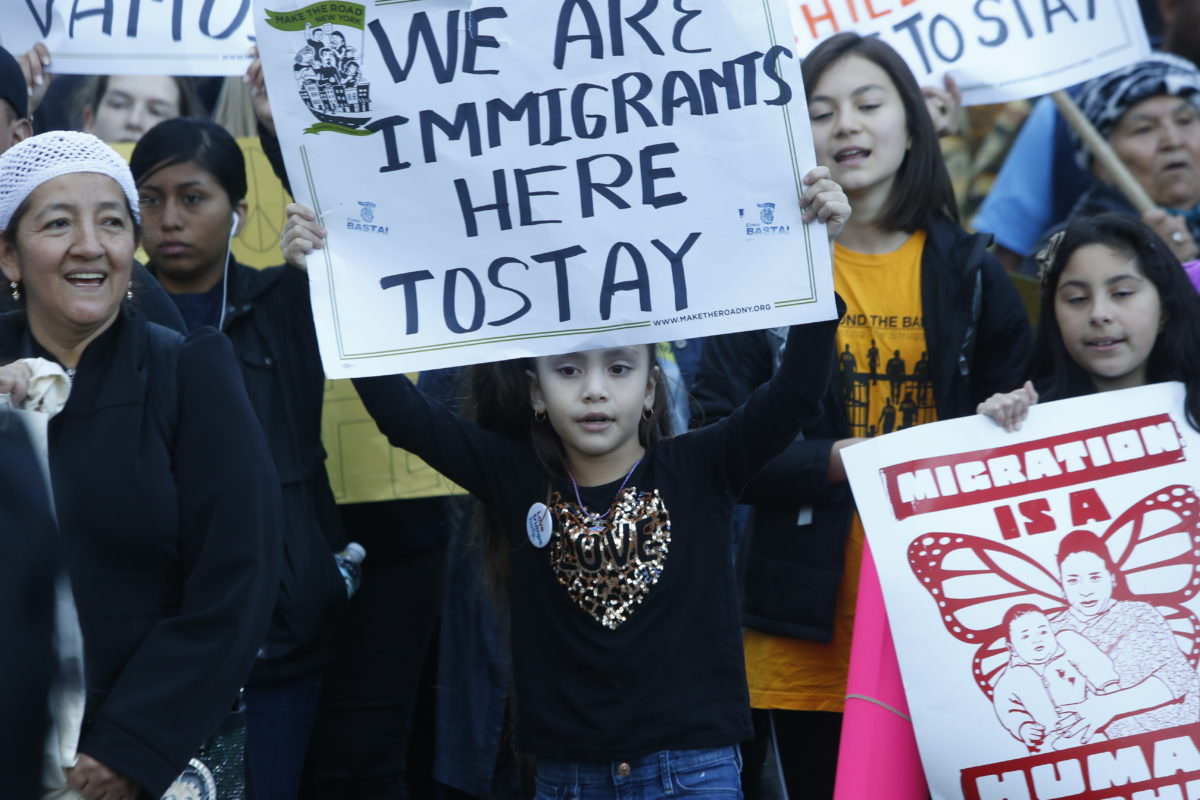 For anyone concerned with pesticide-free food, farm worker’s rights, and healthy school lunches, the election of Donald Trump to the highest office in the land is cause for alarm. But election night brought other news with major implications for food and agricultural policy, as well – the nascent legal marijuana industry won big, as did soda tax advocates – and there has been a handful of other notable developments since then.

But first, let’s deal with the elephant in the room.

Trump and His Band of Food Movement-Bashers

Since the election, there has been much speculation about how the coming Trump administration will impact the food system. We made our own assessment of the matter back in September – he wants to deport undocumented farmworkers, roll back environmental protections, and based on his predilection for Big Macs, seems unlikely to support healthy food policy – none of which has changed.

While it’s still far, far too early to know how Trump’s campaign promises will translate into reality, the folks he has named to cabinet positions to date, those that are under consideration, and those that are staffing his transition team, do not make any major change of course seem likely. Here’s a brief rundown on the key players:

Myron Ebell ”“ Trump has not named a new EPA administrator, but his point person on the EPA transition team is the well-known anti-environmentalist and climate denier Myron Ebell, a lobbyist for numerous oil companies, as well as Dow Chemical Company, a pesticide manufacturer.

Michael Torrey ”“ He also has not named a USDA Secretary, though food and agriculture lobbyist Michael Torrey – who Mother Jones food writer Tom Philpott described last week as a “sympathetic figure” to “Big Soda, Big Snack, Big Dairy, and Big Ag,was initially charged with overseeing the transition at the Department of Agriculture. Torrey has since resigned from the transition team, however, leaving the position open for now.

Sid Miller ”“ According to Politico, one of the top candidates for USDA Secretary is the infamous Texas Commissioner of Agriculture Sid Miller, the co-chairman of Trump’s agriculture advisory committee during the campaign, who recently referred to Hillary Clinton as a c*nt in a tweet (the tweet was quickly deleted, and Miller blamed “a third-party vendor” as he apologized).

Whether the tweet was Miller’s doing or not, there is no question that his views on food are antiquated: he’s known for repealing a Texas ban on soda machines and deep fryers in public schools, and has also granted “amnesty to cupcakes” as part of a publicity stunt to send the message that policies to encourage healthy eating aren’t welcome in Texas.

Jeff Sessions, Michael Flynn, and Mike Pompeo ”“ As far as the plight of immigrant farm workers is concerned, it’s worth noting that the first three major appointees in Trump’s cabinet are well-known anti-immigrant hardliners (they’ve been offered jobs as Attorney General, National Security Advisor, and CIA Director, respectively). If the name Pompeo sounds familiar, it may be because he was the author of the SAFE Act, last year’s failed GMO labeling legislation, which anti-GMO activists dubbed the DARK (Denying Americans the Right to Know) Act.

Steep taxes on alcohol and tobacco are intended, at least in part, to fund public health initiatives urging people to drink and smoke less, and in theory, might help to discourage consumption of these addictive substances. Why not do the same for sugary beverages, which are widely viewed as a chief villain in the nation’s obesity epidemic?

Berkeley and Philadelphia, which enacted “soda taxes” in November 2014 and June 2016, respectively, are now joined by five other cities that passed similar legislation on election night: San Francisco, Oakland, and Albany, California; Boulder, Colorado; and Cook County, Illinois, where Chicago is located. Boulder enacted a two-cents-per-ounce tax, topping Philadelphia’s 1.5-cent tax is the highest in the land. In the other five cities, the tax is a penny per ounce.

Proposed legislation for a national soda tax failed in 2014, and has not been revived to date. A number of other countries have implemented such measures, however, including Mexico, France, Hungary, Ireland, and the United Kingdom.

Marijuana Industry on a High

On November 8th, voters in Maine, Massachusetts, Nevada and California approved legislation to legalize recreational marijuana use, doubling the number of states where citizens can light up a joint for fun. Recreational weed was on the ballot in Arizona, as well, though voters rejected the notion by a 52 percent majority.

In Montana, North Dakota, Arkansas, and Florida, voters approved measures to legalize medical marijuana, bringing the total number of states with laws giving marijuana some form of legal protection to 29, plus the District of Columbia.

The addition of these four Republican-leaning states to the marijuana-tolerant confederacy has led marijuana advocacy groups to claim that weed is no longer a partisan issue, sparking hope within the nascent legal marijuana industry that the herb will eventually be federally deregulated. The news has made corporate-scale pot growers ecstatic – the industry expects to reach $22 billion in annual sales in the US by 2020 – though some small-scale growers who have long made their living on the black market are worried that the coming age of Big Marijuana will put them out of business.

The National Organic Standards Board’s twice yearly public meetings are often rowdy affairs, with the purists in the group arguing back and forth with folks on the corporate end of the organic spectrum. (At times there are shouting matches, and the police have been called on at least one occasion). The NOSB’s meeting in St. Louis last week was no exception, as the group was set to decide on whether or not hydroponic growers should be eligible for organic certification.

Many traditionalists in the organic industry argue that the basis of organic production is healthy soil – thus hydroponics, which by definition is soilless agriculture, is not deserving of the coveted organic stamp, in their estimation. But proponents of the rapidly expanding CEA industry (controlled environment agriculture – indoor farming, essentially) feel that as long as a crop is produced without synthetic inputs, it should be eligible for certification.

The original organic standards were a bit vague on the subject, and a number of indoor farms have achieved certification in recent years. There has been a movement afoot to put an end to that, culminating at the meeting last week with a motion to clarify that hydroponics were never intended to be covered by organic certification. Rather than make a final decision, however, the board voted to continue debating the matter internally, leaving the door open for certified organic hydroponic growers for now.

A couple of significant decisions were reached at the meeting, however. Carrageenan, a common food additive derived from seaweed that has been linked to a variety of health ailments, will no longer be allowed in foods bearing the organic label. Likewise, the parasiticide ivermectin, which has long been permitted in organic livestock operations even though it is a synthetic antibiotic, will no longer be allowed.

Just when you thought President-elect Trump was going to put the lights out on the Good Food movement for at least the next four years, an unsung hero of local, natural, responsible agriculture is rising in the political ranks. Meet Representative Tim Ryan, a democrat from the Ohio Rust Belt, who is hoping to upend Nancy Pelosi’s (D-California) decade-long rule as House leader (she was speaker of the house from 2007 to 2011, and has been the minority leader since then).

Ryan, an outspoken advocate of food system reform, announced his intent to run for the position last week. With a 100 percent score on his voting record from Food Policy Action and a manifesto calling for greater political support for small-scale diversified farming to his name – The Real Food Revolution: Healthy Eating, Green Groceries, and the Return of the American Family Farm – he might just be the beacon of hope we’ve been needing.

And Ryan’s previous book on meditation – A Mindful Nation: How a Simple Practice Can Help Us Reduce Stress, Improve Performance, and Recapture the American Spirit – shows that he might just have the necessary outlook for the coming battle to keep the principles of a healthy food system from falling off the political agenda entirely.